By Usman Pirzada
Oct 16, 2015 11:59 EDT
Share Tweet Submit
This is not investment advice. The author has no position in any of the stocks mentioned. WCCF TECH INC has a disclosure and ethics policy.

AMD (NASDAQ: AMD)’s Quarterly Report for the third quarter of 2015 was published a few hours back and the company performed lower than Wall Street’s expectation, posting a loss of $158 Million. The company has also seen its revenue decline year over year, which means that the revenue has decreased after accounting for seasonality. The loss equates to a loss per share of $0.25 on GAAP basis and $0.17 loss per share on an IFRS basis. The company has posted that it expects revenue to decline sequentially by 10% (plus minus 3%) in next year due to declining semi custom sales but does expect the Computing and Graphics sector to increase its revenue sequentially. 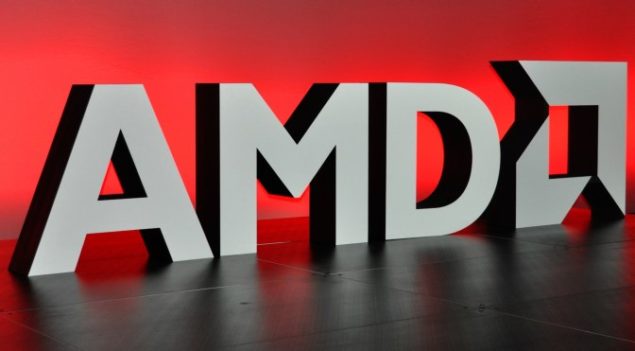 Wall Street was expecting AMD (NASDAQ: AMD) to post a net loss of 12 cents per share on revenue of $996 million. While the net loss was higher than expectation, the revenue was actually greater (at $1.06 Billion. ), so in all, its not an absolutely terrible turn of events - but obviously, not very good either. Since red had previously issued a profit warning, most of the investors holding AMD (NASDAQ:AMD) were looking at the results very pessimistically - which is also the appropriate context when reading the result.

It also looks like AMD (NASDAQ: AMD) is starting to raise cash because it will be selling 85 percent of its ATMP (Assembly, Test, Mark and Pack) operations in Suzhou, China and Penang, Malaysia to China’s Nantong Fujitsu Microelectronics Co Ltd (NFME) for net proceeds of $320 Million. Since it will be a joint venture with NFME the company does not plan to cut any more jobs but will provide NFME with 1700 employees as part of the contract (which constitutes roughly 18% of the workforce). It is worth noting here that AMD (NASDAQ:AMD) had originally cut its total workforce by 5% and had 9700 employees at the time of its annual report published February. This number should now be around 8000. This deal will also help the company reduce its annual capital expenditures. 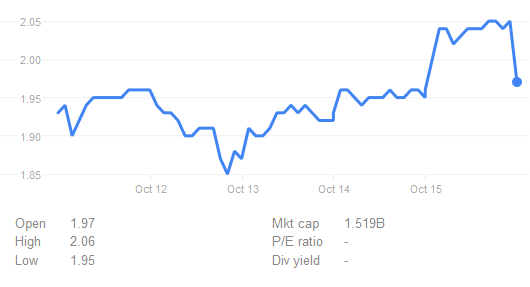 The immediate effects on AMD (NASDAQ: AMD)'s stock price appear to be very stable and relatively bullish. The stock price remains on its original trend (minus the bubble ensuing from the financial result's hype) and suggests that most of the investors currently holding the company's stock are well aware of Red's dismal performance. Most informed investors will undoubtedly be waiting for Zen to arrive - which is, (in my opinion), the company's only chance of making a turn around. This also pinpoints in a an absolutely clear light just how much is depending on Zen.

The computing and graphics sector increased sequentially by 12% over the second quarter. Unfortunately, after accounting for seasonality, we see that the Computing and Graphic sector has decreased by 46% Year over Year. This means that AMD (NASDAQ:AMD) has lost quite a chunk of market share in the sectors the business units target. Older generation APUS constituted an inventory write down (and a paper loss) of around $65 Million.

AMD (NASDAQ:AMD)’s processor’s ASP (Average Selling Price) decreased sequentially as well as year over year and the company notes that this is primarily because of lower notebook processor sales. This indicates that the demand for AMD (NASDAQ: AMD) mobility processors is declining.

Fortunately, and probably the only ray of hope in this otherwise bleak financial result is the fact that the Average Selling Price of AMD (NASDAQ:AMD) Radeon graphics was flat sequentially and year over year. While we cannot reverse engineer market share from this (since increased share of high end sales can offset decrease in low end sales even if market share decreases) AMD (NASDAQ:AMD) does note that this highly positive trend was due to the new Radeon offerings and AIB ASP standards.

Lets talk about the Semi-Custom segment now. The revenue increased 13 percent sequentially, primarily driven by seasonal sales of semi-custom SoCs, and decreased only 2% year over year.