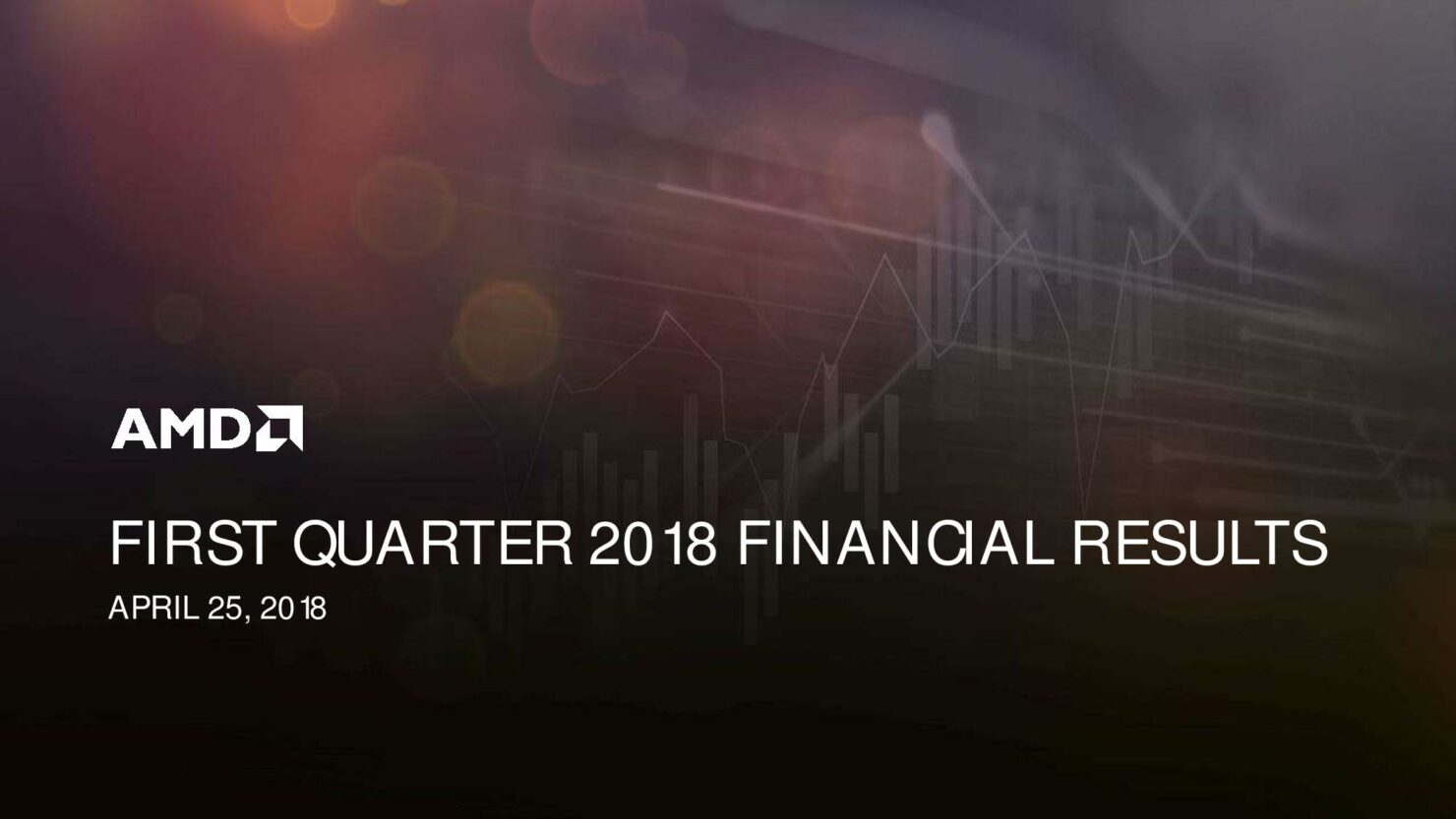 AMD (NASDAQ:AMD) today announced revenue for the first quarter of 2018 of $1.65 billion, operating income of $120 million, net income of $81 million, and diluted earnings per share of $0.08. On a non-GAAP basis, operating income was $152 million, net income was $121 million, and diluted earnings per share was $0.11. The company successfully beat analyst expectations of 6 cents EPS on the dollar by 5 cents. That the company blew away conservative estimations of this quarter is an understatement.

Disclaimer: I own no stock in AMD, NVIDIA, Intel or any of the related companies and have no plans to do so for the immediate future.

AMD has just reported a breakout quarter and the stock is trading up 9.34% (at the time of writing) in pre-market. On paper, it looks like the companies efforts have finally started paying off big time and the company is firmly on the other side of the fence in terms of profitability. That said, there is more to these numbers then meets the eye. For one thing, this is the last quarter that included the full force of the cryptocurrency mining boom. Since earnings are usually a lagging indicator, we will see any adverse effects of the mining boom in next quarter results (assuming the market doesn't rebound in that time frame). For the past couple of months, all major cryptocurrencies have dropped drastically in value and have made mining unprofitable for many of them.

Couple this with the fact that Bitmain has been touting its brand new Ethereum miners to enter the market sometime this quarter and we can see why demand for GPUs might start drying up soon. In fact, Digi Times talked to sources familiar with some Taiwan based graphics manufacturers (including MSI and Gigabyte) and reported that most AIBs expect to see a drop in demand of graphics card and a shrink in Total Available Market (TAM). During the mining boom, GPUs had been trading for 2-4x times their MSRP but if the miners start pulling out this quarter, that will be an unsustainable level to maintain. The good news is, AMD wasn't the one completely enjoying those wide margins - AIBs and distributors were. The bad news is, they will almost certainly feel the drop in demand as it trickles up the supply chain.

Another interesting point to note is the fact that the company recently adopted the ASC606 accounting standard which will have an impact on how numbers and on-paper profitability is reported. The company has revised historical numbers as well to conform to this standard so it will be prudent to revisit them and compare the impact that old earnings have taken. The impact on revenue recognition is immaterial under this new standard.

Before we go on to AMD's biggest strength lets talk about its biggest weakness - namely the Radeon side of things. Big names like Raja Koduri and Chris Hook have already left the ship and the future of the graphics side of things is as uncertain as ever. There has been talk of a Vega Nano in the pipeline but that has yet to materialize. The biggest problem the company has right now is that the GCN architecture does not scale above 4096 SPs and a completely new "Next-Gen" architecture will now be required to move forward. With the company focusing entirely on its CPU efforts right now, it is uncertain when that will come to pass although the company does paint a hopeful picture with its 7nm refresh roadmaps.

The shining beacon of hope in AMD's ship, however, is its x86 effort. To say the company made a comeback would be the understatement of the century. From CPUs that could barely compete with generations-old Intel offerings, they now have CPUs that in some benchmarks are actually beating the competition. Not only that but the company is absolutely ruthlessly undercutting the price/performance positioning of Intel and from what we have heard - will continue to do so. It is clear that the company is just getting started with its CPU side of things and we can expect more products to come our way.

AMD's story, ironically has always been like this, a few years ago, it was the CPU side that was lacking with an incredibly strong Radeon division and now, it looks like its the exact opposite. Its worth mentioning that Radeon RX Vega GPUs remain extremely lucrative for mining purposes. 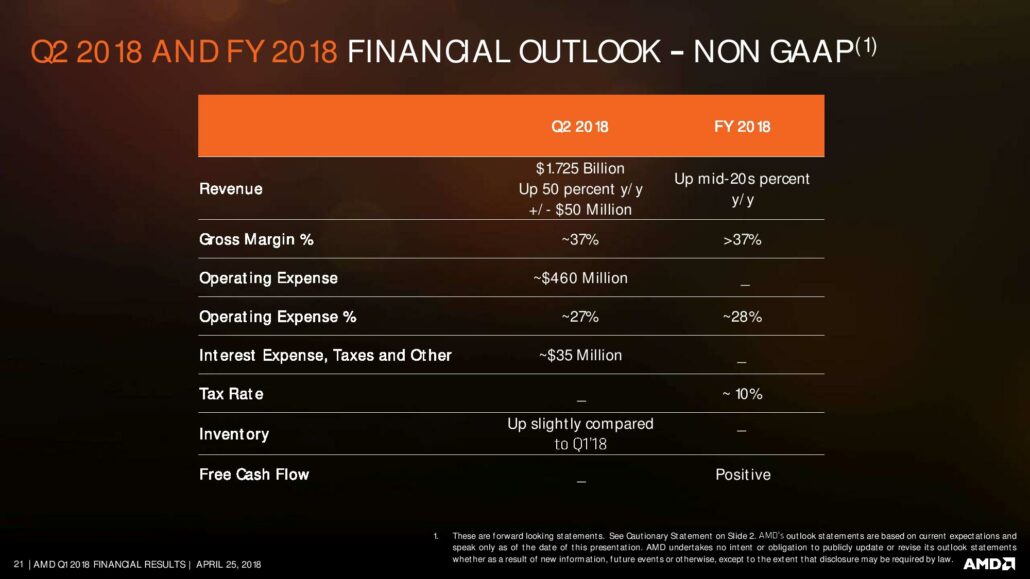