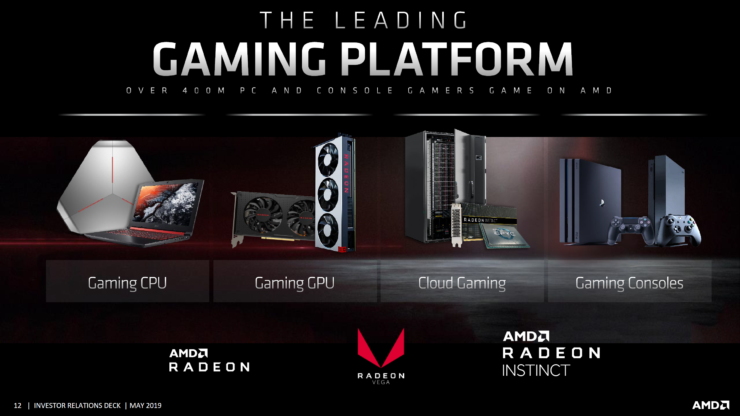 AMD has announced that its CEO, Dr. Lisa Su, will be delivering a keynote at this year's Hot Chips symposium which would include a session on their next-generation CPU and GPU cores. AMD's announcement comes just weeks ahead of their Computex 2019 keynote where AMD will also introduce to public their 3rd Gen Ryzen CPUs and new Radeon GPUs.

The Hot Chips Symposium on High-Performance chips will commence on 18th August with AMD planning to hold their own conference during the event on 19th August at Palo Alto at 1:45 PM PT. During the conference, AMD is expected to talk about two key architectures that are powering their next-generation CPU and GPU lineups, Zen 2 and Navi.

In her keynote, ‘Delivering the Future of High-Performance Computing with System, Software and Silicon Co-Optimization’, Su will highlight the opportunities for future generations of computing and graphics products to deliver more performance with greater efficiency. via AMD

In addition to AMD's chips, there will be several other keynotes from other industry leaders such as Intel, NVIDIA, IBM, etc. All tech giants will be talking about their latest high-performance chips. What is interesting about the dates is that the products that are usually discussed during Hot Chips are generally launched and available in the market hence companies can provide a deeper look at the architecture itself. Since the event takes place in August, it is likely that AMD would have the products on shelves before that either in July or early August. We have already heard from our own sources that early July is the most likely launch of AMD's Ryzen 3000 series processors with Radeon Navi GPUs following shortly.

The AMD Ryzen 3000 lineup is based on the new Zen 2 core architecture which is made possible with TSMC’s bleeding edge 7nm process node. AMD has reaffirmed that their Zen 2 based Ryzen 3000 series processors for the AM4 desktop platform will be available in mid of 2019. Back during CES 2019, AMD demoed an 8 core sample of their 3rd Gen Ryzen desktop processor against Intel's Core i9-9900K. The AMD sample was not only faster but consumed much lower power.

The sample, however, was just the tip of the iceberg as AMD assured that it was still an early version and final clock speeds would be higher in retail variants. Not only that but the Ryzen 3000 series CPUs were later confirmed to feature up to 16 cores as there is space available for a second Zen 2 die on the main chip interposer which should bring enthusiast level multi-threading performance down to the AM4 platform.