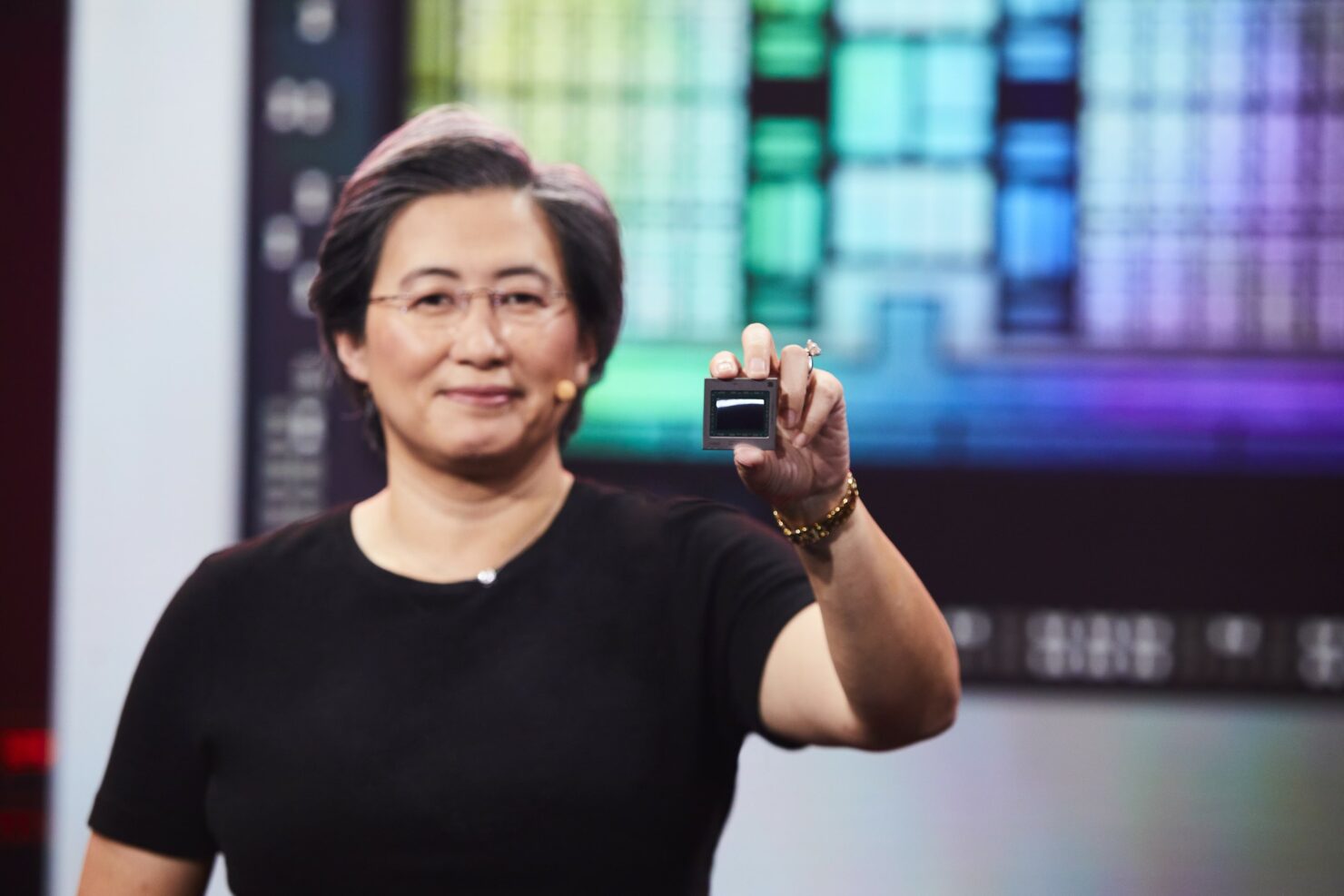 Silicon designer Advanced Micro Devices, Inc has reported stunning earnings results for its first quarter of the fiscal year 2021. AMD has reported $3.4 billion in revenue and $555 million in net income for the quarter. This growth is fuelled by the company's strong performance in its enterprise and customer products segment, and it is also aided by the computing and graphics segment. AMD managed to grow its revenue by 93% year-over-year and 6% sequentially at the end of the first quarter.

An overall 93% annual growth in revenue is fuelled by even more remarkable growth in AMD's computing and custom segments. Data released by the company reveals that its Ryzen and Radeon central processing units (CPUs) and graphics processing units (GPUs) fuelled the segment's revenue to grow by 46% year-over-year, as AMD earned $2.10 billion revenue from the sector.

The quarter was a strong one for AMD's Ryzen CPUs, as data compilations revealed record sales for the products. Its Ryzen 3000 and Ryzen 5000 CPUs performed strongly in Germany, maintaining strong performance momentum exhibited in 2020's final quarter.

Mobility products maintained strong performance this year, accounting for their sixth consecutive record sales revealed AMD. Restrictions imposed by the ongoing pandemic have spurred the demand for consumer electronics as users are forced to work remotely. AMD's strong growth in the segment lends weight to chip executive's beliefs that the currently booming demand for semiconductors should not result in an inventory correction this year.

However, even as AMD had a bumper quarter for mobility sales, growth in its Enterprise, Embedded and Semi-Customer Segment stole the show during Q1 2021. During the quarter, revenues from the segment stood at $1.35 billion, up by a staggering 235% year-over-year. The growth is natural given the popularity of Sony Corporation's PlayStation 5, which according to estimates, managed to sell six million units in the first two months of this year. 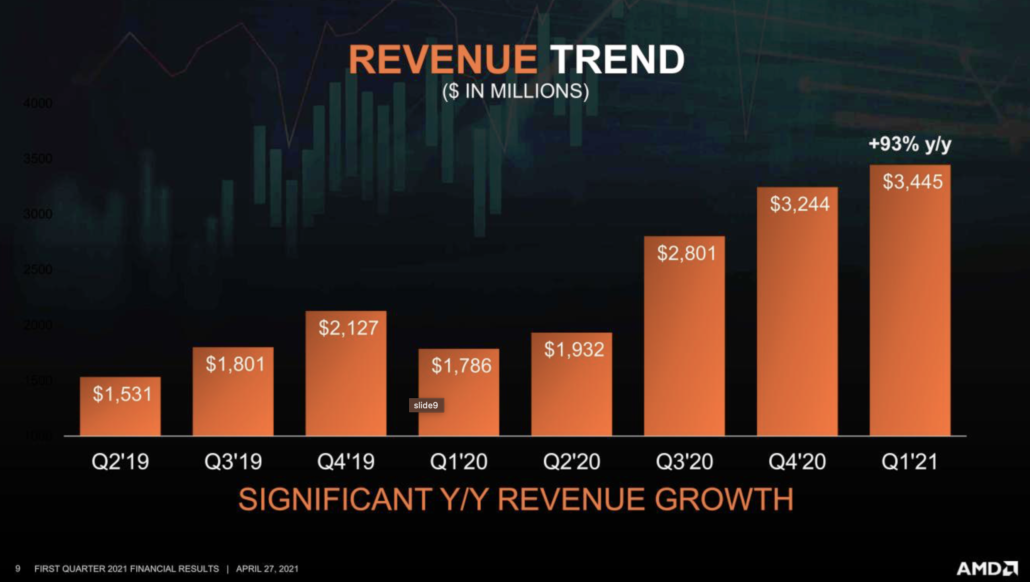 However, while sales of semi-custom and enterprise products fuelled revenue in the segment to an astounding annual growth, momentum in the segment seems to be slowing down. Sequential growth stood at 6% during the quarter, as AMD revealed that a slowdown in semi-custom sales offset a higher quarterly growth through its enterprise EPYC lineup.

Moving on to gross margins, which are a crucial part of the company's long-term growth narrative, these stood flat at 46%. However, AMD improved its operating margin to 19% during the quarter, making for a sequential and year-over-year improvement. Yet, while operating margin improved by 9% year-over-year, this managed to show only a 1% improvement sequentially, indicating that perhaps the best days of its semi-custom sales might very well be behind it.

Inventory, a long-term bane for the company, was stable at the end of Q1. They grew slightly over the previous quarter, but roughly 50% year-over-year. The annual growth is natural given the company's recent product launches and the fresh console cycle.

Looking forward to this quarter, AMD expects to earn $3.6 billion in revenue for a flat sequential but strong year-over-year growth. The 4% sequential growth will be partially contributed by gaming and enterprise products, believes the company. For the full fiscal year 2021, AMD believes that it will surpass growth exhibited at the end of its previous fiscal year. Its revenues grew by 45% annually at the end of fiscal 2020, and by the end of this one, AMD expects them to grow by 50%.

Following its earnings release, AMD's shares shot up by roughly 3% in after-market trading. In the roughly one hour that has passed since the release, they have maintained this trend. The shares are trading for $88.05 at 17:00 EDT.