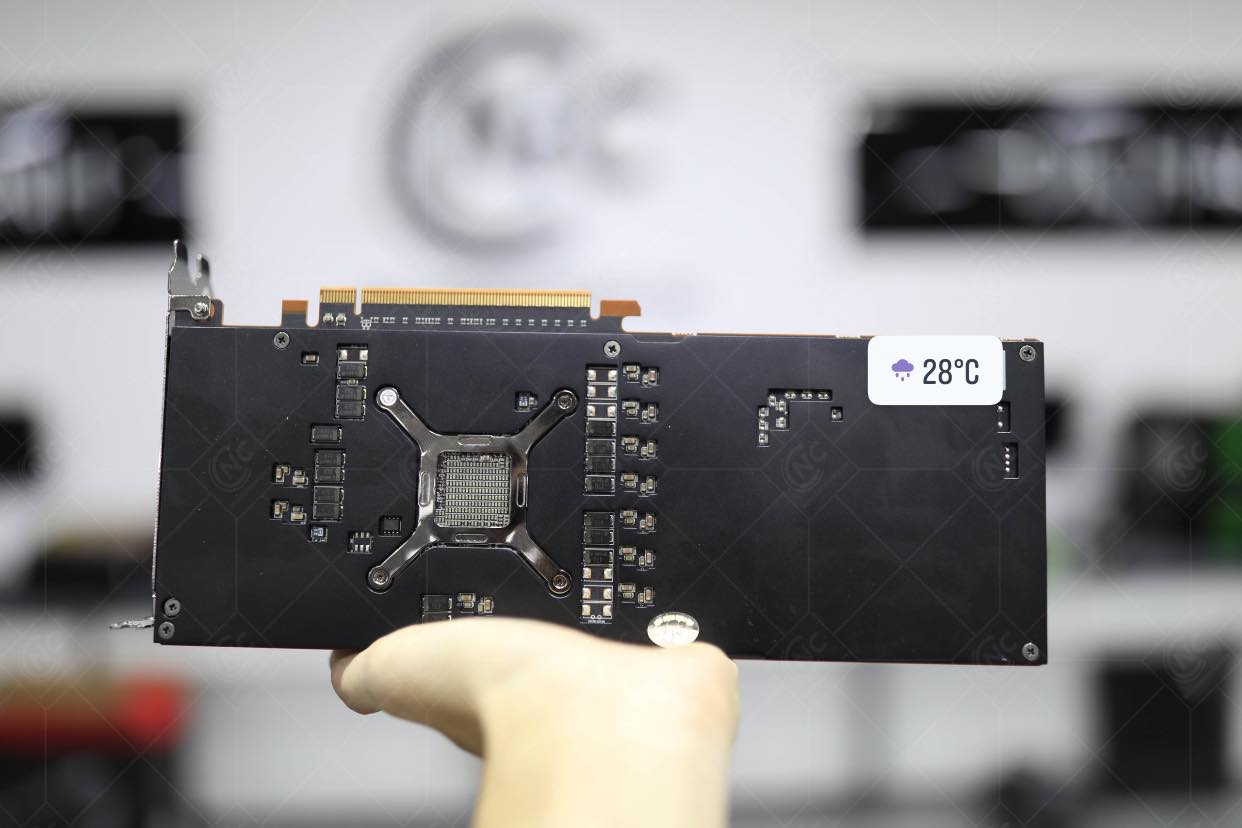 The mining graphics card is allegedly powered by an AMD GPU. This is kind of confirmed by the XFX logo featured on the PCB. It also looks like the card is using GPUs based on RDNA 2 architecture as no other recent AMD graphics card has used a similar cap configuration on the back like the one on this particular variant.

It seems to be using a Navi 21 GPU which would mean AMD or its partners are going to allocate a certain section of their RDNA 2 supply to the crypto segment. The AMD RDNA 2 mining card packs a dual-slot design and doesn't feature any active cooling solution. It features a standard heatsink shroud that's made out of plastic and features a large aluminum heatsink underneath. This unit is also headless and doesn't feature any display connections which means that it is primarily aimed at mining platforms. Also, the fact that we see the XFX label confirms that this isn't just some HPC or workstation variant repurposed as a mining graphics card.

Coming back to the design, the AMD mining graphics card also rocks a full-length backplate. There are two 8-pin power connectors that further align with our speculation that this is a Navi 21 variant since Navi 22 based offerings don't require dual 8-pin connectors to boot and since this is going to be running at optimized specifications for 24/7 usage, the only GPU that can sip this sort of power has to be Big Navi itself.

It might make sense to properly optimized AMD's RDNA 2 GPUs for mining after the RX 6600 XT showed its strength. The shop owner states that more information such as mining performance and pricing of these cards will be announced later. We will keep you posted once we hear more.