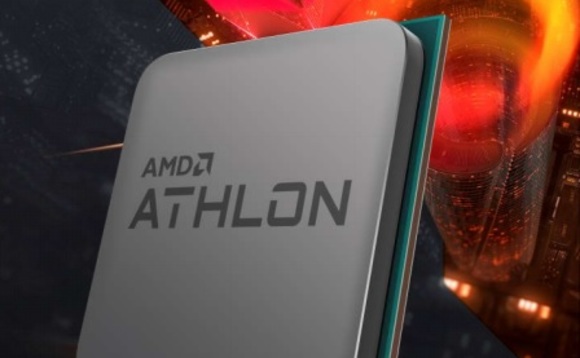 There is a recent Geekbench database submission showing that AMD might be adopting some of Intel's naming structure, the processor was labeled as Athlon Gold, which seems to mean that AMD will be adopting Intel's Naming structure of "Gold" and "Silver" which helps users distinguish between processors based on performance of the microarchitecture but while Intel uses it for their Xeon class server processors, AMD is doing that for their entry-tier Athlon series.

New Athlon Gold Processors are in the making, already sent out to laptop manufacturers.

The processor's full name is seemingly the AMD Athlon Gold 3150U processor which was in an HP "17-ca2xxx" laptop benchmark, most likely either a testbench or a prototype of an upcoming HP laptop. With the name including "Gold," this could mean that the performance seen by this chip could rival the mobile variants of the Pentium Gold found in most full-sized entry-level notebooks.

For comparison, the latest laptop to use Intel's Pentium Gold Processor was the Microsoft Surface Go, a laptop/tablet combo that focused more on portability while maintaining a good overall laptop experience.

The Benchmark shows that the AMD Athlon Gold 3150U is showing as a "Raven Ridge" AMD mobile-CPU, this processor features 2-cores and 4-threads and Radeon graphics most likely being a variant of AMD's graphics processing cores of "Vega 3". The core count between the Intel Pentium Gold and the AMD Athlon Gold does show the amazing progress that AMD has been making in not only their desktop processors but also in the laptop processor.

The reported base frequency of this processor is 2.40 GHz and 3.30 GHz boost clock speed, which does make this processor better than the Intel Pentium Gold which has a rated clock speed of just 1.60 GHz. The 512 KB L2 cache per core and 4 MB shared L3 cache, this chip did score 3,559 single-core points and 7,336 points in the multi-core test, which far surpasses Intel's own Pentium Gold which scores an amazingly low 368 points in single-core and 884 points in multi-core tests. 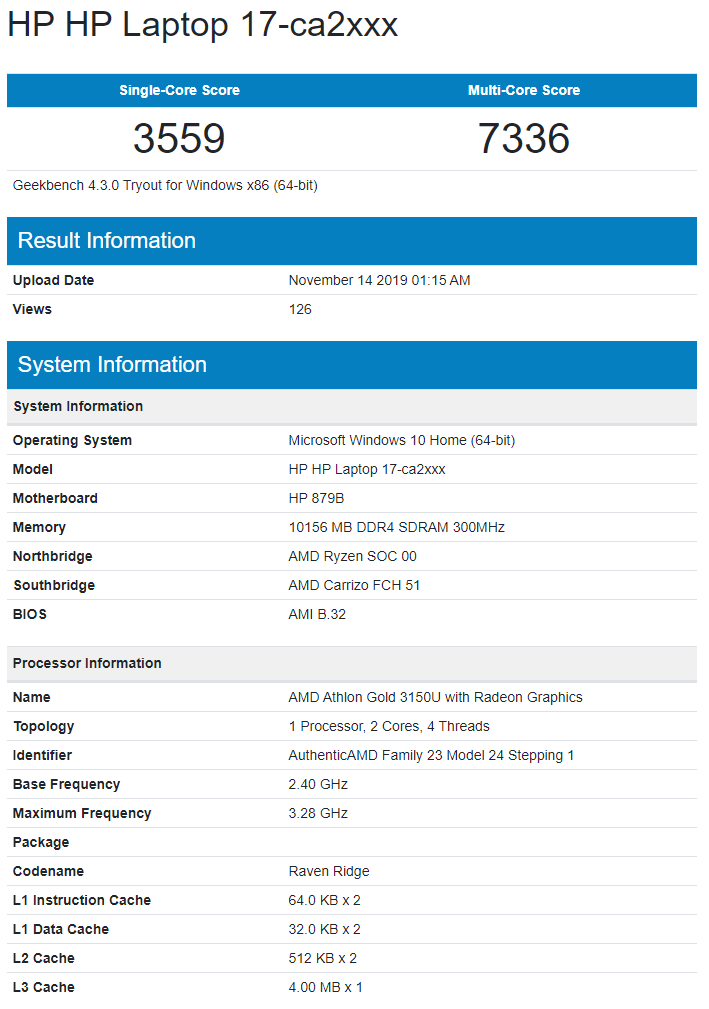 The introduction of the AMD Athlon Gold processor has speculation about a possible AMD Athlon Silver processor, if AMD is planning to really compete with Intel in the desktop processor space this is the best way to go about it. This shows that the upcoming AMD Athlon Gold 3150U absolutely crushes the Intel Pentium 4415Y processor in the Microsoft Surface Go devices.