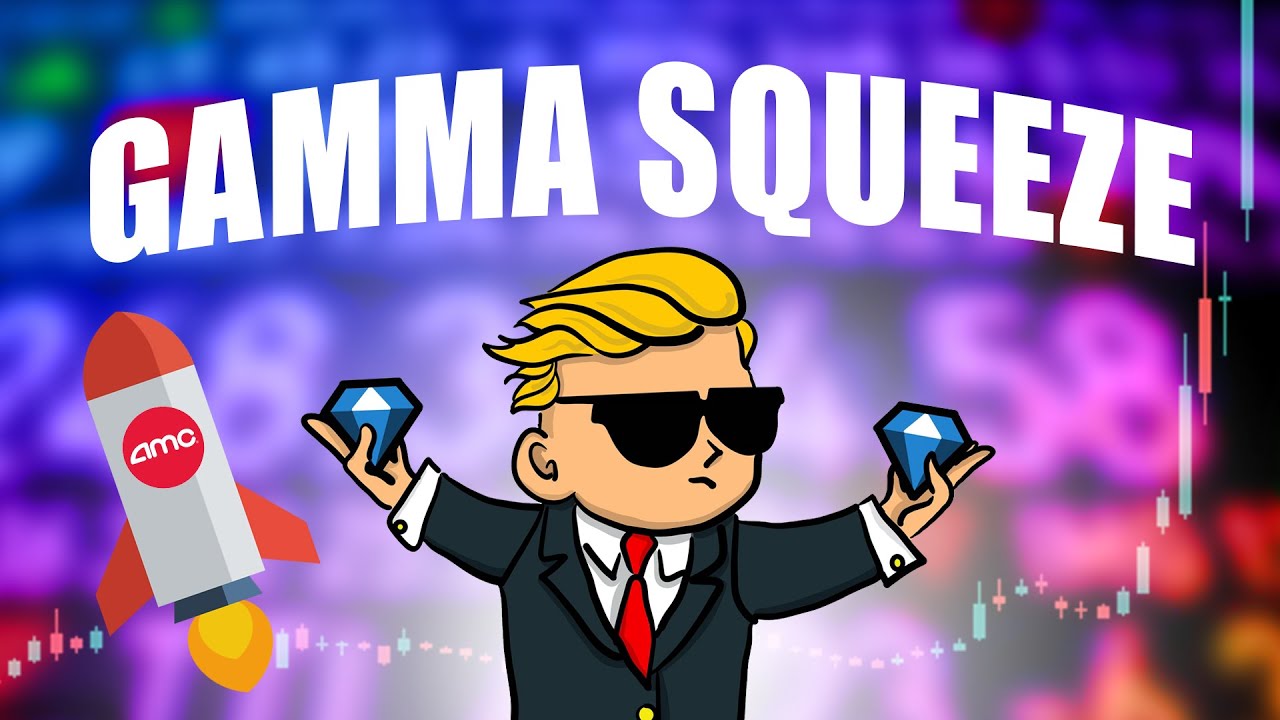 AMC Entertainment (NYSE:AMC), the movie theater chain that has transformed into a retail-favorite meme stock, is currently inflicting quite a lot of pain on its detractors, with the stock registering gains of over 84 percent in the past five trading days.

As we had noted in a dedicated post last week, AMC shares continue to benefit from the recent emergence of bullish intrinsic factors, buffeted by a market-wide relief rally of sorts.

As a part of its turnaround campaign, AMC is also tapping into the new gold rush of sorts in NFTs. Back in December 2021, it announced "I Own AMC" NFTs on the WAX blockchain exclusively for the company's shareholders, entailing various discounts and a host of other benefits. Moreover, the company continues to launch commemorative NFTs around the release of blockbuster movies.

Nonetheless, AMC Entertainment's acquisition of a 22 percent stake in the troubled gold miner, Hycroft Mining Holding Corporation (NASDAQ:HYMC), seems to be acting as the most potent tailwind currently. To wit, AMC has now invested $27.9 million in Hycroft, thereby opening the doors to a further investment of $527.9 million from the likes of Eric Sprott as well as an At Market Issuance Sales Agreement with B. Riley Securities, which allows the company the opportunity to sell $500 million worth of common shares via periodic offerings.

As per an initial assessment conducted in 2022, Hycroft currently owns over 15 million ounces of minable gold and 596.4 million ounces of minable silver spread over 72,000 acres in Nevada. By investing just 2.6 percent of its unrestricted cash balance of $1.59 billion (as of the end of 2021) in Hycroft, AMC seems to have bought a very cheap call option on metallic gold, which is expected to reach $2,500 per ounce by the end of 2022, as per a tabulation by Goldman Sachs.

In fact, over the past weekend, Aron opened a twitter poll for a new NFT, titled “There’s Gold in Them Thar Hills” to celebrate the recent influx of liquidity in the troubled mining company.

Of course, the AMC stock is also benefitting from the general risk-on sentiment in the wider market as the Federal Reserve's hawkish bent is now fully priced in, and the Russia-Ukraine tensions abate, as indicated by Russia's newfound willingness to allow Ukraine to join the EU and abandon its long-time demand to "de-nazify" the besieged country.

As per a tabulation by Ortex, AMC currently has a short interest (SI) of 108.27 million shares, equating to 21.01 percent of its entire float.

Yesterday's ferocious rally of over 44 percent was finally sufficient to turn AMC shares green for the year. This is increasing the pain for the stock's short-sellers. In fact, as illustrated by the snippet above, the SI expressed as a percentage of the free float has experienced a slight decline over the past week.

$AMC Now $26 , this is a sign , possibly some shorts are covering . #AMC pic.twitter.com/LGpLs6BHDY

Concurrently, the demand for call options on AMC shares, as measured by the 30-day implied volatility (IV) spread between 25-delta puts and calls, is currently at its most extreme since the 22nd of June 2021. As an illustration, the current IV spread, as measured by Market Chameleon, stands at -37.3 vs. -42.2 on the 22nd of June 2021. For the uninitiated, as the demand for an option contract increases, its implied volatility and price also generally increase.

Does this mean that a short squeeze in AMC shares is imminent? Not so fast. AMC short-sellers can still hedge their short position by either buying call options or selling puts. Given the high premiums that the calls currently command, we would hazard a guess that a lot of hedging is currently taking place by selling puts. This should also contribute toward the cheapening of the IV around puts, as can be seen in the snippet above.

A classical short squeeze occurs when a stock's short interest declines in tandem with a dramatic increase in its price, as short-sellers are compelled to close their positions by buying back shares. However, hedging via options has made this eventuality quite rare. A gamma squeeze, on the other hand, is another matter entirely.

Is a Gamma Squeeze Imminent?

As a refresher, the delta of an option measures the rate at which the price of that option changes with the underlying stock. Gamma is the rate of change of delta. Option dealers usually gamma hedge their exposure in order to minimize risks. However, this practice can generate huge feedback loops, given the existence of sufficient imbalance. Let's delve deeper.

Judging from the elevated IV of AMC calls, we can interpolate that a lot of call options are currently being bought. This means that option dealers have inevitably sold calls on AMC. In order to hedge this synthetic short exposure, these dealers would be required to buy AMC shares, creating a positive feedback loop. The higher AMC shares go, the more calls are bought, requiring option dealers to sell more calls, thereby necessitating gamma hedging via buying AMC shares. If short-sellers are using this mechanism to hedge their exposure, they will be contributing to the dynamic described above.

If, on the other hand, short-sellers are hedging by selling puts, this means that option dealers are inevitably buying puts. In order to gamma hedge, these dealers would again buy AMC shares as a protection against their synthetic short exposure, thereby creating another feedback loop.

Given the scale of yesterday's movement in AMC shares, we would take an educated guess that some element of this gamma squeeze was likely acting as a tailwind. So, how long will this dynamic persist? The ferociousness of a gamma squeeze depends on the imbalance that is in the market in relation to calls vs. puts. Moreover, it also depends on the general market environment. And it is here that we perceive the greatest risk. The ongoing rally in equities is contributing toward a loosening of financial conditions (FCI). This is an anathema for the Federal Reserve, which aims to slow down the US economy by tightening FCI, thereby resulting in demand destruction and a lowering of inflation. If the equities continue to rally, the Fed will eventually have to put its proverbial foot down by adopting a much more aggressive tightening stance, thereby leading to a significant turnaround in the overall sentiment.

In fact, the bond sphere is already pricing in this eventuality, with the yield curve continuing to undergo inversions at key inflection points.

To summarize, as long as the Federal Reserve does not put its proverbial foot down, the prospects for a gamma squeeze in AMC shares remain quite bright.