Alphacool Is Ready For The GeForce RTX 30 Series With WaterBlocks 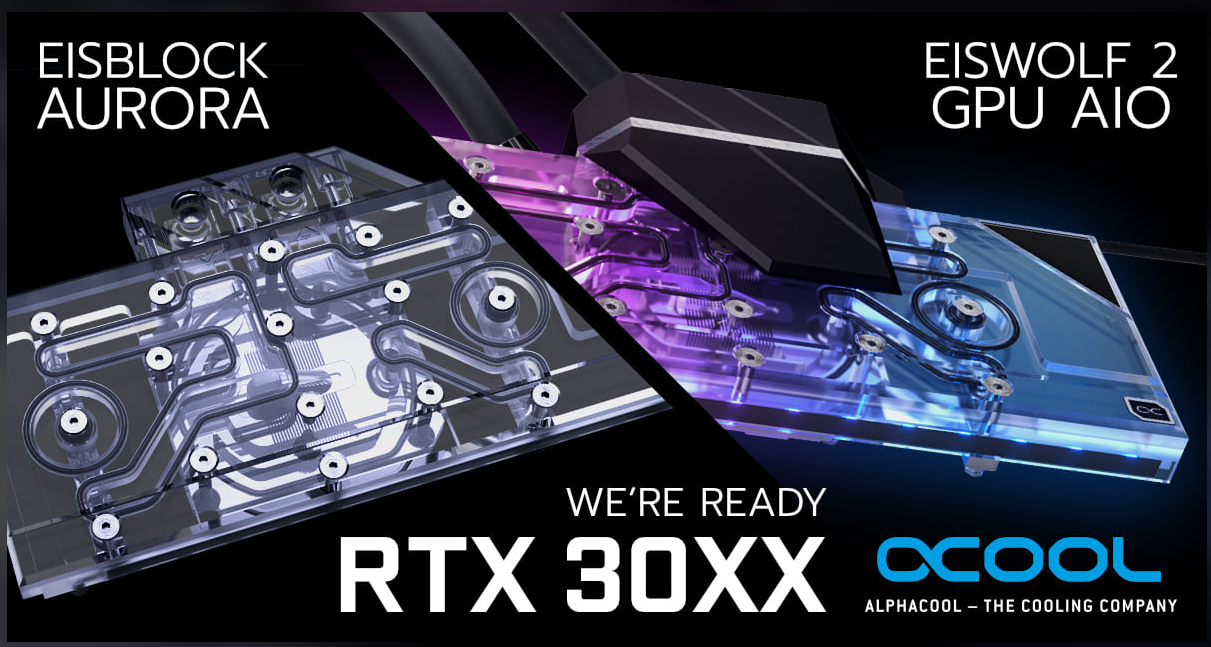 Alphacool is commonly known in the DIY PC market as a great choice for water-cooling components, ranging from the standard water pumps to specifically designed water blocks for a variety of graphics cards. The recently made a  Facebook post showcasing how they have their latest water blocks ready for the next generation of NVIDIA GeForce RTX 30 series graphics cards.

Alphacool is well known for its custom-designed water blocks, which offer a combination of extreme cooling and stylish design. They create water blocks for both NVIDIA GPUs and Radeon GPUs, which enables PC builders that utilize either to add those to their water cooling loop easily.

Alphacool has stated in a Facebook (via Videocardz) post that they have the Cooler, Manual, and Packaging all completed for the next-generation NVIDIA GeForce RTX 30 series graphics cards. In the same Facebook post, they state that the Custom Designs are currently being worked on & its focus is to ensure that the water block provides the performance that Alphacool is known.

One user wanted to Alphacool to specify that these new coolers will be for the GeForce RTX 30 series and not the existing GeForce RTX 30 series. This user also asked a very important question, "You have the specs already?" This question and the answer that Alphacool gave shows that they have already received the necessary information from NVIDIA.

The company stated, "For the new coming up Nvidia cards, yes, we have." This shows that they received the information, most likely, by NVIDIA themselves. its water block will be designed with NVIDIA's quirky new polygonal PCB with a triangular tail-end, this new design will utilize its latest cooling solution that uses fans on either side of the card to have adequate airflow. In a similar fashion, EKWB is also readying its next-generation of water blocks for NVIDIA's GeForce RTX 30 series graphics cards.

Little other information about these upcoming coolers is known and until the next generation of NVIDIA graphics cards is available until the announcement which is planned for the 1st of September.