Remember the tech firm AllWinner? No, then it probably means that you have not heard of the company that is in the process of rolling out a $199 Google Glass competitor (Remember that Google Glass carries a price tag of $1,500 and has been established as a failed product). Now that we were able to give your memory a nice little jolt, the company is in the process on mass producing its A64 SoCs, which only carry a price of $5 per chipset. Unfortunately, for the financially constrained consumer, you are going to have to contain your happiness, because according to the company’s official website, the chipsets are only going to be targeted to tablets, with mass production commencing in June. 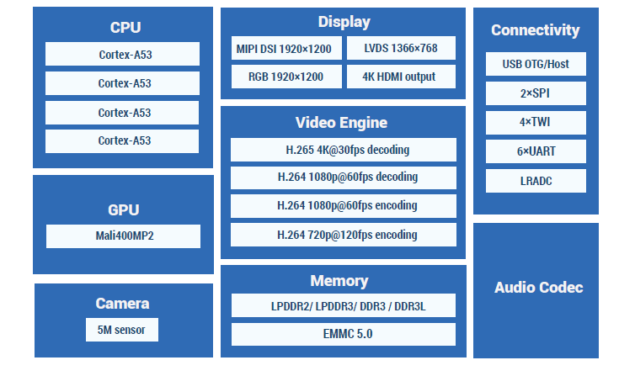 Despite featuring a low price of $5, A64 is going to feature four Cortex-A53 cores (clock speed has currently not been stated on the website). However, what has been stated is that the overall system running on this particular SoC will able to perform a cold boot that will only last for 9.9 seconds, which is downright impressive. Additionally, A64 will also be providing support for 4K Video Output in order to deliver the best possible multimedia experience.

Apart from the aforementioned memory types, A64 will also be able to deliver faster data transfer rates thanks to its eMMC 5.0 interface. However, consumers will be required to insert high-performance MicroSD cards in order to take advantage of that speed. According to the website, tablets sporting the inexpensive chipset are going to be released during the second half of 2015. AllWinner has not stated which smartphone firms have partnered with the company, but as far as consumers on a budget are concerned, they are going to be catered well thanks to the tech Samaritan. 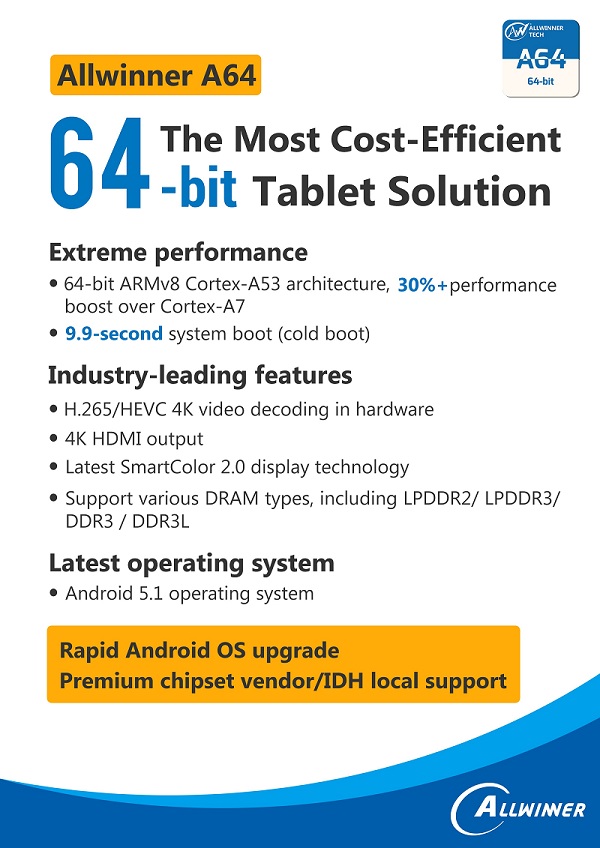 AllWinner has not given a statement as to why the company has not decided to target the smartphone industry, seeing as how tablet sales are dwindling in favor of larger screen mobile devices. As stated previously, AllWinner plans on mass producing A64 on the 28 nm process. Currently, TSMC is one semiconductor manufacturing company that provides chips on the aforementioned architecture.

While AllWinner has not confirmed this, it is possible that the company has formed a long-term alliance with TSMC in order to roll out cost-effective tablets in the near future. If A64 does feature a price tag of $5, then a new era of affordable tablets will usher in to the market, and that will only spell more trouble for those releasing slates with exorbitant price tags.