Here Is The $199 Wearable That Will Compete With Google Glass

In order to purchase Google Glass, you should gear up to spend $1,500 USD, which is far too steep a price tag for a delicate piece of equipment being mounted in front of your eyes. As it happens, you will no longer be required to spend an exorbitant amount of money purchasing that wearable because a firm by the name of Allwinner is preparing a product that will challenge Google Glass. While the device currently does not feature a name, the interesting thing about it is that it will carry a price tag of $199, which should definitely give Google’s ridiculously priced wearable a run for its money, literally. 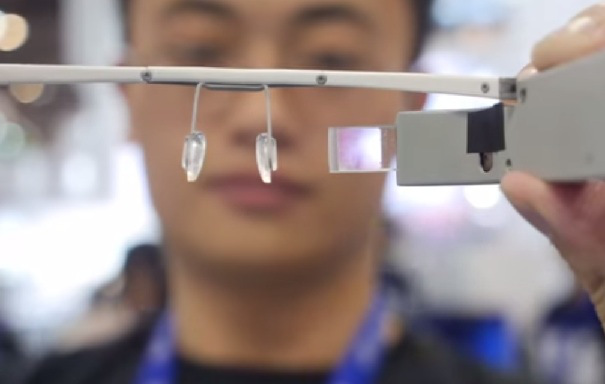 According to the company, its upcoming Google Glass competitor will be able to outperform its rival in both price and performance. Well, the idea of owning a head piece wearable without paying a fortune for it is something that consumers have been longing to hear. However, in terms of outperforming Google’s offering; we have to say that seeing is believing, and so far, we have not even received news on its model name, so let’s not get ahead of ourselves.

In terms of hardware specifications, the Google Glass competitor is going to feature the company’s own A33 SoC, which has started to appear in several tablets. The design of the upcoming device has been provided by Taiwanese design house Coretronic. In terms of aesthetics, the $199 price product is going to bear a striking resemblance to Google Glass, but at the same time, is going to cost a fraction of the $1500 head piece. Similarities between both wearables include optical prism optic technology. This particular tech is able to augment the visual experience of the user after they place the device in front of their eyes.

In addition to this, the $199 wearable will also feature Wi-Fi and Bluetooth modules. Similar to thousands of wearables, the device can be paired with a smartphone and from there, can function via voice control. So far, Allwinner has not stated on when the wearable populace should expect the product to be officially released. We are certain that the product will make its way to the Chinese markets first and if it is well received there, then it will be shipped to the remaining markets.

While some consumers will be skeptical that a tech firm has decided to take on an egregious failure such as Google Glass, but part of that failure had to do with the wearable’s insanely large price tag. Now that we finally have a product that features an affordable tag on it, we ought to give the new players a chance to showcase their product.