In October of last year news broke of Origin PC making the announcement to discontinue offering AMD graphics cards in their systems and opting to offer Nvidia GPUs exclusively instead. This announcement came as a shock to many especially because it was made shortly after AMD announced their now very successful R9 290 series of GPUs. 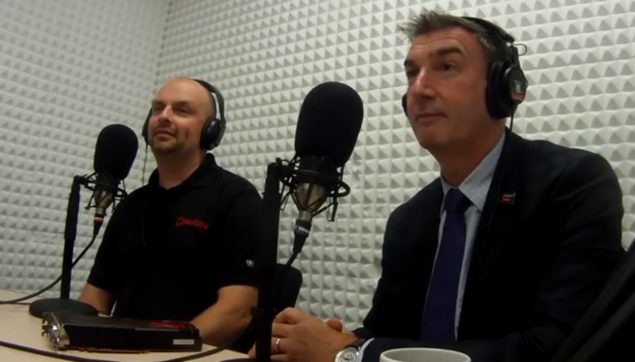 The internet was rife with speculation at that time and some news sites 'namely a website called SemiAccurate' even went as far as to say that Origin PC had received large sums of marketing money from AMD's competitor, NVIDIA, to convince Origin PC of dropping AMD graphics cards.

Origin PC was very quick to dispel these allegations afterwards when GameFront pushed Origin PC for a comment :

Devin Connors: Has Origin PC received any incentive, cash or otherwise, from Nvidia that led to the discontinuation of AMD GPU sales by Origin PC?
Kevin Wasielewski: No. In fact, I called my NVIDIA rep and told them I am dropping AMD.  Not the other way around.
DC: Did SemiAccurate reach out to you for comment before they published their article today?
KW: They did not reach out to me.  No calls, emails, or tweets.

In an unexpected turn of events & after what can be described as a PR mess for both AMD & Origin PC in October of last year both parties finally sat together last Thursday to openly discuss what had happened, dispel any & all allegations and clear the air once & for all.

According to Origin PC's CEO Kevin Wasielewski the lack of direct communication between AMD & Origin PC was the major issue that prompted the company to make the announcement that they made last year & that it had nothing to do with some type of conspiracy going on with Nvidia as SemiAccurate claimed.

Wasielewski  went on to say that he proactively tried to reach to SemiAccurate to inquire about why they've published those false allegations when they had not even tried to contact him. The fact that their announcement coincided with AMD's reveal of the R9 290 series was a coincidence according to Wasielewski and a proof point that communications were indeed lacking.

Both parties made amends when AMD's Roy Taylor took the initiative & directly contacted Kevin to begin a transparent conversation on what the issues were and how they can be resolved. It's one of those stories where all it really took was the goodwill of people to try and genuinely solve the issue.

Origin PC made the promise to feature more of the Red Team's cards in their systems & to continue to work with AMD more directly going forward. Roy Taylor made the confession that AMD is working very hard to regain the trust of its customers & partners and vowed to spearhead this campaign himself.

The interview was quite enlightening and I encourage everyone to go and check it out. Roy Taylor revealed some very exciting news for AMD GPU & CPU fans alike which I'll be covering in a separate piece.