Apple made a strong comeback this year. Ever since the iPhone 6/6 Plus launch, the company has been faced with criticisms of losing its grip on innovation. Most of the brunt was focused on CEO Tim Cook, widely criticized (even by yours truly) of not being able to live up to his predecessor. However, biometrics saved Apple once again. The company's Face ID for the iPhone X is a big, big upgrade. Now, we've got some good news for its 2018 iPhone lineup. Take a look below to find out more.

The biggest question around Apple's iPhone X launch, both prior and after the event is about Face ID's performance. Will Cupertino be able to integrate the feature into its ecosystem as efficiently as Touch ID? Keep in mind that not all of the aforementioned ecosystem is under Apple's control. When it comes to Apple Pay, banks get involved and stakes for security get a lot higher.

Well, looks like even Apple isn't sure about the answer to this question. We're sure that the company wouldn't have launched the iPhone X with Face ID unless it was absolutely sure of its performance. Still, real world usage and applicability of any theory, concept or feature is vastly different from paper designs or controlled testing environments. 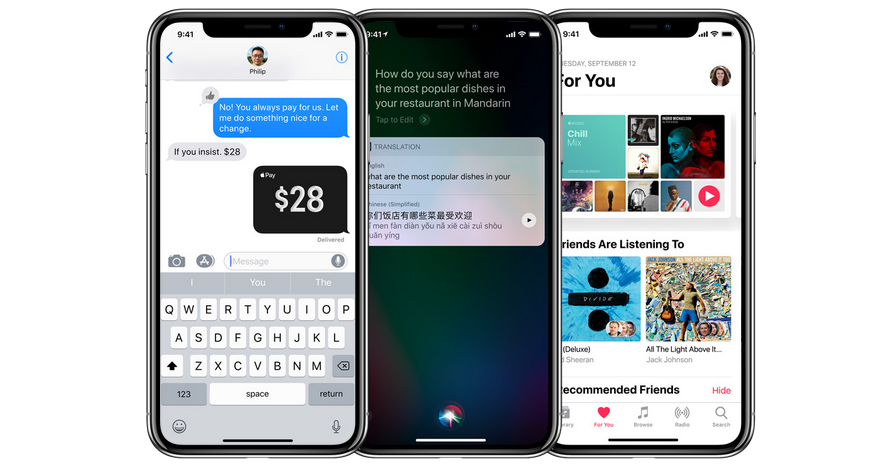 Now, KGI's Ming-Chi Kuo is back with some fresh information. According to him, Apple hasn't given up on virtual Touch ID just yet. Just like the Galaxy S8/S8+ before it, the iPhone X/8 also saw rumors of virtual fingerprint recognition surface. And just like the Galaxy lineup, they were later refuted and failed to materialize. Now Kuo claims that Apple's primary hurdle in developing the feature is due to 3D Touch. The feature makes the iPhone's display assembly thicker and makes data collection for under-the-screen sensors more difficult.

If Face ID is well received by consumers and doesn't cause any problems, all 2018 iPhones will feature facial recognition, the analyst goes on to add. However, the company won't stop developing virtual Touch ID. Adding that as a feature will likely be a bonus no manufacturer would like to miss. Plus, others, Samsung most importantly, are undoubtedly looking to catch up as well. Thoughts? Let us know what you think in the comments section below and stay tuned. We'll keep you updated on the latest.