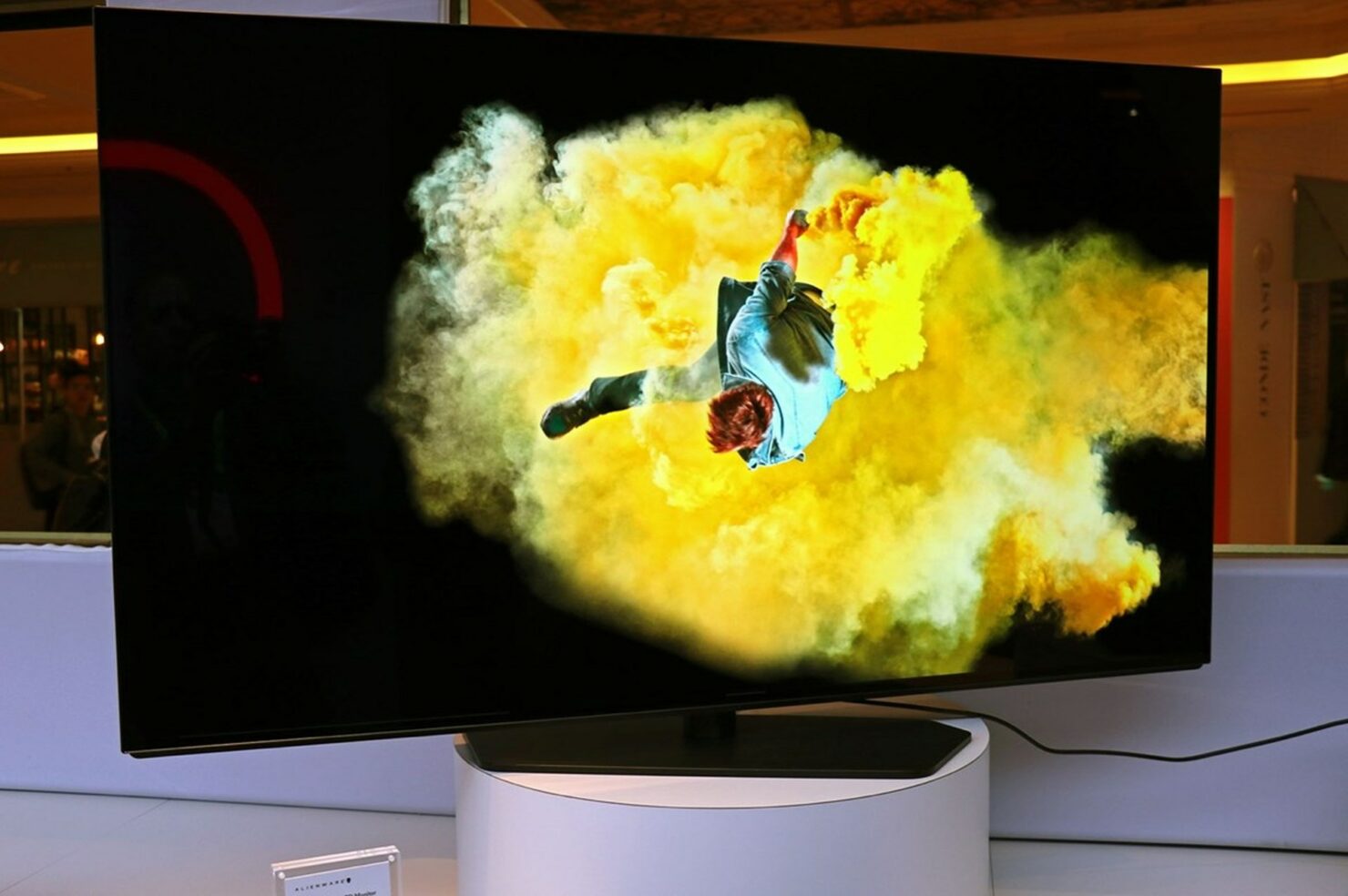 An Alienware OLED gaming monitor was perhaps the highlight of the company's CES 2019 showcase. It will pack the new Alienware Legend design and, most importantly, a 55-inch LG OLED display with impressive specifications.

The resolution will be 4K, obviously, and HDR support is there too, unsurprisingly, with more than 98 percent coverage of the DCI-P3 RGB color space. Dolby Vision support is still up in the air, but the truly interesting bit for gamers is that this will support DisplayPort 1.4, which isn't really available in any regular OLED TV, in addition to HDMI 2.1 (featured in the new LG OLED panels due later this year as well).

This allows high frame rates up to 120Hz even when running 4K resolution. Moreover, the Alienware 55 OLED gaming monitor is going to support variable refresh rate (VRR), though it is unclear whether this will pack FreeSync, G-SYNC or both now that NVIDIA opened up to G-SYNC compatible Adaptive Sync displays.

There's no pricing information yet, though it's a safe bet that this will be a rather expensive unit. A representative said the current plan is to release it in the second half of 2019, anyway, which means there shouldn't be too long of a wait.

Dell is the leader in displays around the world, we ship more displays than anyone else. We’ve taken OLED to the next level… these pictures don’t do it justice… I promise you won’t be disappointed, this thing is absolutely amazing.

Linus Tech Tips posted a video preview from CES 2019, captured at 4K resolution, which gives us a pretty good idea of how it looks. In the back area of the display, there's an AlienFX lighting strip, presumably customizable to the user's liking.

It should be noted that this OLED gaming monitor from Alienware will lack the built-in tuners and smart features of a regular TV. However, it won't be too much of an issue as there are plenty of ways to get such features to work through other devices.