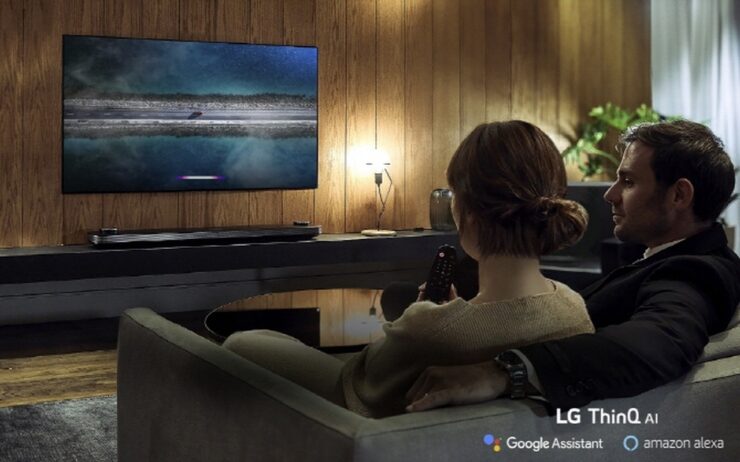 LG's OLED panels have been a critical and commercial success for the company. Not only does the Korean company lead the OLED TV market with a share that's estimated to be around 50-60% in 2019, but they also supply the panels to other TV manufacturers such as Sony and Panasonic.

That doesn't mean LG is resting on its laurels. Ahead of the upcoming CES 2019, they have announced today the first specifications and features for the 2019 line of OLED TVs. There's some very interesting news for gamers specifically.

Furthermore, this year's LG OLED series are going to include two gaming specific features: variable refresh rate (VRR) and automatic low latency mode (ALLM). The former has been thoroughly discussed on these pages through AMD's FreeSync and NVIDIA G-Sync technologies; this implementation of VRR is directly derived from the HDMI specification, though, and it is already supported by Microsoft's Xbox One console. The latter feature is exactly what it sounds like, enabling an automatic recognition of the game signal sent to the display; the TV then automatically switches to Game Mode to deliver the lowest latency and input lag. Truth to be told, both of these features first appeared in 2018's Samsung QLED TVs even if those did not support HDMI 2.1.

Of course, there are many additional improvements coming to the 2019 LG OLED TVs. The enhanced α9 Gen 2 processor, coupled with a deep learning algorithm, can analyze the source quality and dynamically determine the best method for optimal visual and audio output.

It can adjust tone mapping and screen brightness, refining HDR content depending on the room's current ambient light. Similarly, the α9 Gen 2 processor will optimize the audio output based on the content type and TV positioning in the room.

More information on the OLED TVs, as well as other technological innovations, will be announced by LG during their CES 2019 press conference, scheduled to be live streamed on YouTube starting January 7th, 2019 at 8 AM Pacific Time.