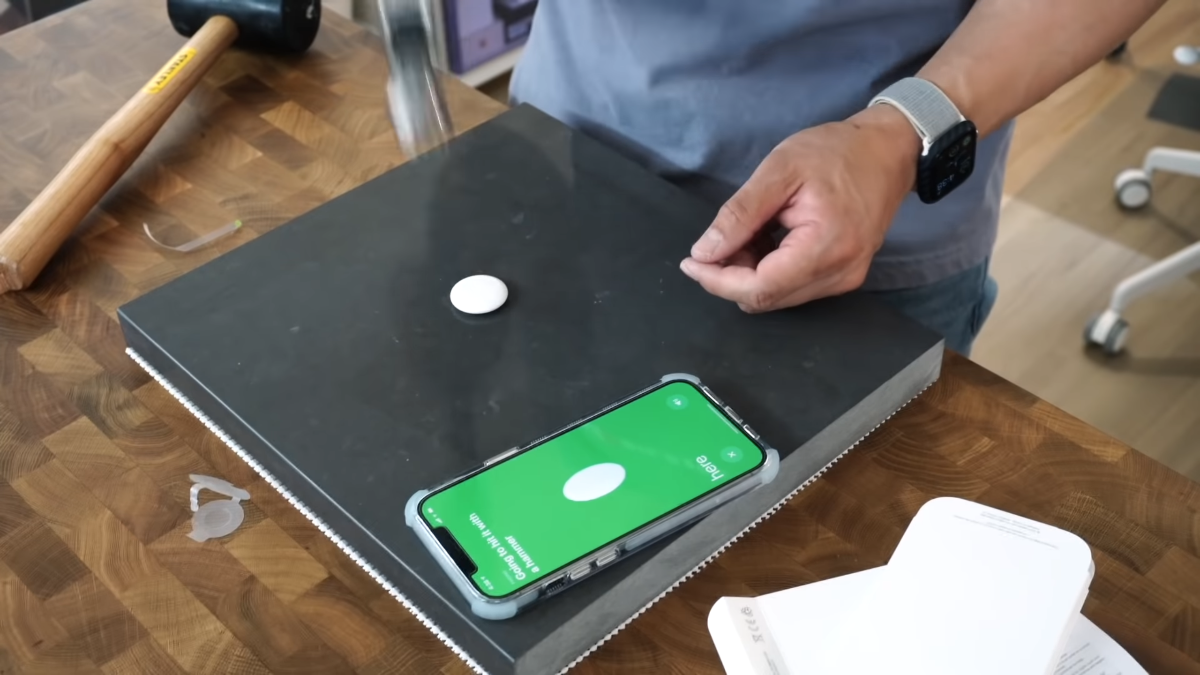 If you thought the AirTag would not survive a drop to the floor, or maybe a hammer or two, then this test will change your mind.

Apple AirTag Faces the Hammer Test, The Tracker is Surprisingly Tough for its Size

AirTag was a long time coming and it feels like the most un-Apple product ever. Just think about it, the year is 2021 and Apple released something so cheap with a removable battery? Exactly.

But, in case you were wondering how the tracker does on the durability front, you will be pleased to learn that it actually fares quite well. A little too well, in fact, as the video by MobileReviewsEh proves.

After facing a barrage of hits, the test shows how the AirTag walked away with flying colors. But of course, if you push things to the limit then things will start to go bad, as shown in the video at the end.

This is a very unlikely scenario where someone would try to hit the AirTag with a hammer so many times on purpose. But if someone does try to toss it around then act surprised that it survived.