AirPods Pro Review Roundup – To Buy or Not to Buy? 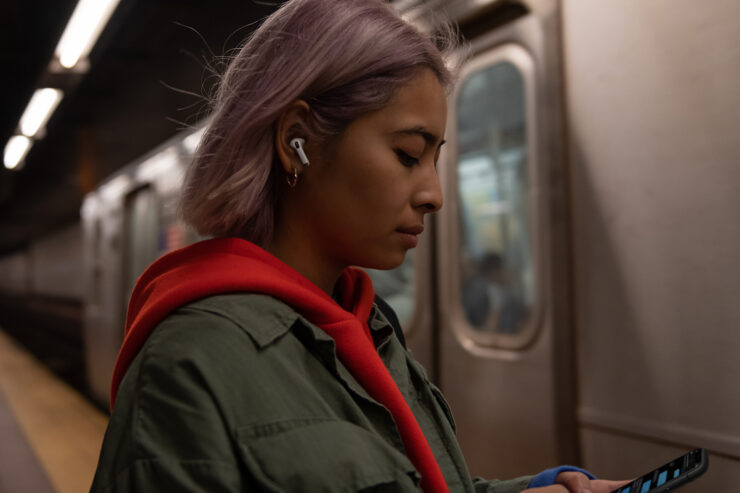 Apple recently released the new AirPods Pro with active noise cancellation, water resistance, and improved audio quality. Here is our roundup of the best reviews from around the web, which should help you decide if you should upgrade from your regular AirPods to the new Pro models, or buy other earbuds altogether.

Apple’s AirPods Pro have been extremely popular since they were announced and many users have wondered if they are worth the $249 premium, compared to the regular $199 AirPods. We are comparing them to the $199 version because it ships with a wireless charging case, unlike the $159 variant. For the high price, you get active noise cancellation, sweat and water resistance, improved audio quality and a design that fits in the ears of more people, compared to the regular AirPods.

Here are the reviews we liked that should help you decide whether you should buy the new AirPods Pro for yourself or as a gift for someone, or not.

The Verge has given AirPods Pro 9/10, which is a really good score. They have complimented the in-era design, improved sound quality, noise cancellation and software integration with iOS. Their review criticizes the high price, same battery life as regular AirPods, and limited lifespan of 2-3 years due to built-in battery life. We can’t say that we agree with the last one since all headphones have built-in batteries, and it’s unfair to single out one product.

The AirPods Pro do come close to perfecting the original AirPods concept, though: the in-ear design will fit more ears, the noise cancellation outperforms what you’d expect from tiny earbuds, and they sound better than ever (and the old ones already sounded good enough for millions of people).

Dave Lee, also known as Dave2D, was not as impressed in his review. He said that the noise cancellation and audio quality in AirPods Pro is not as good as Sony WF-1000 XM3. However, he said that the user experience is really good and that makes the AirPods Pro a better overall product.

Snazzy Labs also has a review which says that the audio quality is better but not as good as $20 wired headphones. However, the water resistance, connectivity, and other AirPods Pro features make it a good product overall. The review concludes that they’re the best wireless earbuds in the market right now, despite Sony’s better audio. The noise cancellation and transparency features also work well with Android, which makes them a good choice for users of either mobile platform.

If you are a looking for an AirPods Pro vs PowerBeats Pro comparison, the below video is the best one to watch. The sound quality is very similar between both, and based on this preference, it is difficult to pick one or the other. However, AirPods Pro come out on top because of convenience, noise cancellation, and other features.

There are some interesting user reviews on Reddit as well, which give a variety of comparisons. An AirPods Pro vs Sony WF-1000XM3s comparison on Reddit by rsn1990 confirms the aforementioned reviews that Sony’s earbuds excel in noise cancellation and sound quality, but AirPods Pro are better in comfort, connectivity, call quality, portability, and compatibility. Others have posted AirPods Pro vs Bose QC35 comparisons, and also recommended the former, despite some audio and battery benefits of the latter.

On the other hand, some users have also been reporting that they have been getting more than 5 hours of battery life, even though Apple advertises just 4.5 hours with active noise cancellation. The wireless charging case can provide up to 24 hours of battery life so it helps as well.

In the end, if you are looking for flawless connectivity, convenience, a good fit, nice design, and good enough sound quality, our recommendation is a definite yes for AirPods Pro.