The Court of Justice of the European Union (CJEU) ruled on Thursday that Airbnb – the company that offers a vast online marketplace for lodging and homestays – is an online platform and not a property agent, thereby, allowing the company to circumvent EU’s cumbersome property regulations.

The issue highlights the predicament that regulators face as new and innovative online services continue to encroach upon the turf of traditional businesses.

The ruling delivered a boon to Airbnb at a time when the company has entered into a partnership with the International Olympics Committee (IOC) for the 2020 games in Tokyo, the 2024 games in Paris and the 2028 games in Los Angeles. Under the arrangement, the IOC will promote Airbnb’s offerings for accommodation during the games which typically witness sports fans flocking to the host cities from all over the globe. An unfavorable ruling would have imposed additional costs and onerous property regulation compliance requirements upon Airbnb at the cusp of its planned 2020 IPO.

The CJEU observed in its ruling that Airbnb was an "information society service" rather than a property agent as the scope of the company’s offerings goes beyond the notion that it is simply an add-on service to the wider property business. Additionally, the court noted that the property owners are able to access other avenues for renting their residences and that the company does not limit the rent charged by those owners. Consequently, the court concluded: 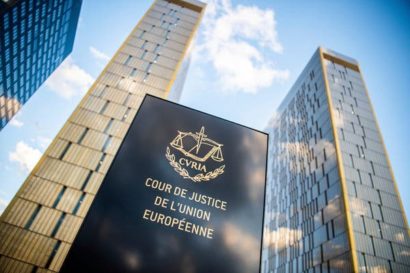 Airbnb, in a statement, welcomed this decision:

“We want to be good partners to everyone and already we have worked with more than 500 governments to help hosts share their homes, follow the rules and pay tax.”

The ruling has established a legal precedent which makes it harder for EU member states to restrict or curb the activities of Airbnb and other similar services.

As a refresher, this legal battle began when France’s tourism association AHTOP filed a complaint with French authorities against the home-sharing service. This prompted a Paris prosecutor to charge the company for violating the country’s Hoguet Law – a French law that obligates individuals or legal entities that deal with or assist in transactions involving real estate assets owned by others to hold a formal license. Thereafter, a French judge sought legal advice on the matter from the Luxembourg-based CJEU which has now delivered its ruling.

Of course, this is not the only recent hiccup for the company as it has faced criticism in recent days in New York and Barcelona for causing over-tourism and leading to unsustainably high rents that have now begun to extend beyond the range of local residents.

According to reports that have cited previously undisclosed data, Airbnb’s revenue grew 31 percent to $839 million on an annual basis while expenses climbed 47 percent during its first fiscal quarter for 2020. Consequently, the company’s losses doubled year-over-year to $306 million as it ramped up marketing expenditure ahead of a possible IPO in 2020. Interestingly, a 2017 funding round valued the company at $31 billion.