Age of Empires II: HD to get a new expansion 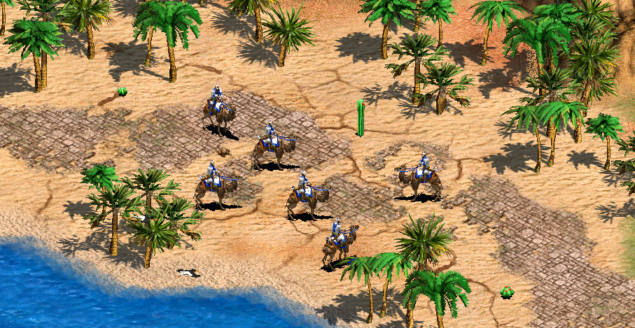 Age of Empires II: HD is going to get a new expansion courtesy of developer Forgotten Empires.

The new expansion that's incoming is going to have a lot of new things, actually. There will be a new civilization, new units, new game modes and even more added to the campaign with the new content.

I am extremely excited to reveal that we’ll be working with the Forgotten Empires team to formally bring a new expansion to the Age of Empires franchise later this year.

Patch 3.9 includes some underlying changes to how teams are handled as well as performance improvements for when there are large numbers of units on the screen. Apparently it still takes its toll on even modern PC's.

Age of Empires II: HD was released in April of 2013 to a pretty excited fan base. It garnered a much larger reaction than anticipated, and the integration with Steam Workshop has precipitated a lot of community involvement. That involvement actually spurred the development of the first expansion pack in ages, Age of Empires II: HD The Forgotten, which was released in November of 2013.

Age of Empires II is a great example of what a sequel can actually be, a positive progression of gameplay and story. It was very successful when it was released in 1999 and received a lot of good praise for improving upon its predecessor. And of course there is the revival that happened two years ago with the HD release on Steam.

Oddly, Microsoft is still committed to the future of Age of Empires II: HD, and want to contribute their own content as well as encourage the community to create things through the Steam Workshop as well.

I hinted at this during our April Fool’s day joke thread, but in case some people thought it was part of the gag: rest assured, I’m very excited for the future of AoE II: HD.

They want to be able to add to the original experience, and not take away and create something different. And they'll try to do so as much as possible, stating this will help to further the revival that began two years ago.

I think the future looks brighter still, for the sun never truly sets on a classic.

No definitive release date has been set, though the expansion is expected to be out sometime this year.

Also look for a Sentimental Sunday featuring this beautiful game sometime in the future.