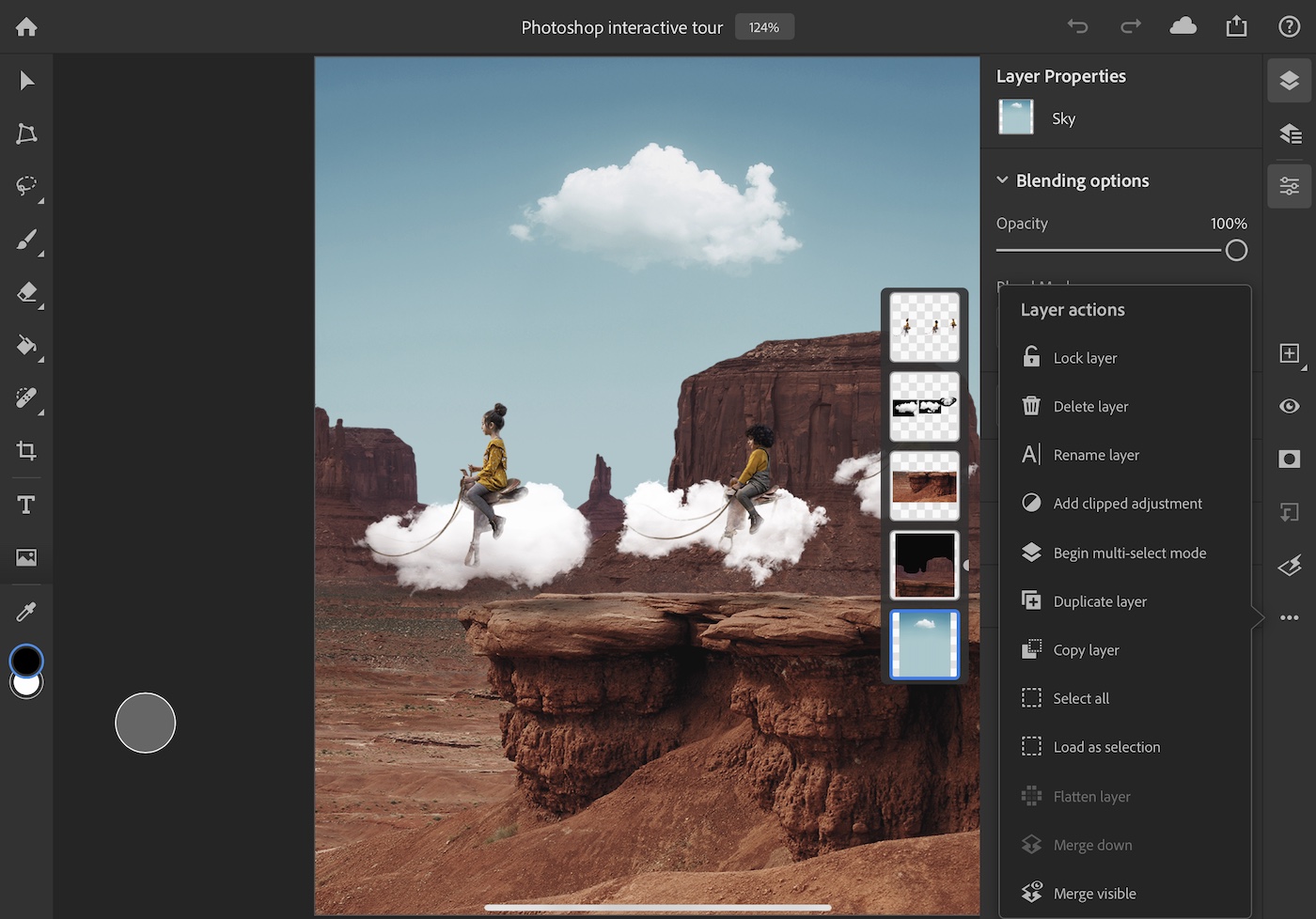 It has been less than a week since Photoshop for iPad was released. As expected, it launched with a few missing features which Adobe promised that it is working on and will release as future updates. However, this did not go down well with users as the app has just 2.1 out of 5 rating on the App Store, and a number of bad reviews.

The main point of contention is likely that Adobe is charging $9.99 for an unfinished product. It has been released as a full app, even though it is very much in a beta state. Features like rotate canvas, shapes, paths, custom brushes and fonts, color swatches, curve adjustment, smart objects, grids, guides and many more are missing. Adobe has said that they are working on adding and improving brushes, masks, refining edges, smart subject selection, and brushes and fonts sync with Creative Cloud.

Scott Belsky, chief product officer at Adobe Creative Cloud tweeted out about these App Store ratings, when they were 2.3 out of 5. Here are some of the important excerpts from his Twitter thread:

a real-time v1 lesson: you’ve gotta ship an MVP to start the journey, but it will be painful at first. by definition, it won’t please everyone (and if it’s a reimagination of a 30yr old popular/global product, will displease many)

if you try to make everybody happy w/ a v1, you’ll either never ship or make nobody happy. such feats require customer feedback to truly exceed expectations. you must ship and get fellow passionate travelers on board.

in the case of photoshop on ipad v1, it was the team’s judgment to nail perfect PSD support, a few workflows and rethink features / UI, and NOT just port 30 yrs of stuff (and baggage) on day 1. and it’s our burden to prove the value and exceed expectations.

if you try to make everybody happy w/ a v1, you’ll either never ship or make nobody happy. such feats require customer feedback to truly exceed expectations. you must ship and get fellow passionate travelers on board.

One one hand it is understandable that Photoshop for iPad is a v1 product, but Adobe has enough experience and capabilities to deliver a better app. Especially one that is used in a professional environment and users are expected to pay a monthly subscription fee to use.

Adobe has already announced that it is bringing Illustrator to the iPad. If the company cannot fix its woes with Photoshop for iPad first, we can't imagine that Illustrator will have many customers lining up to for it.