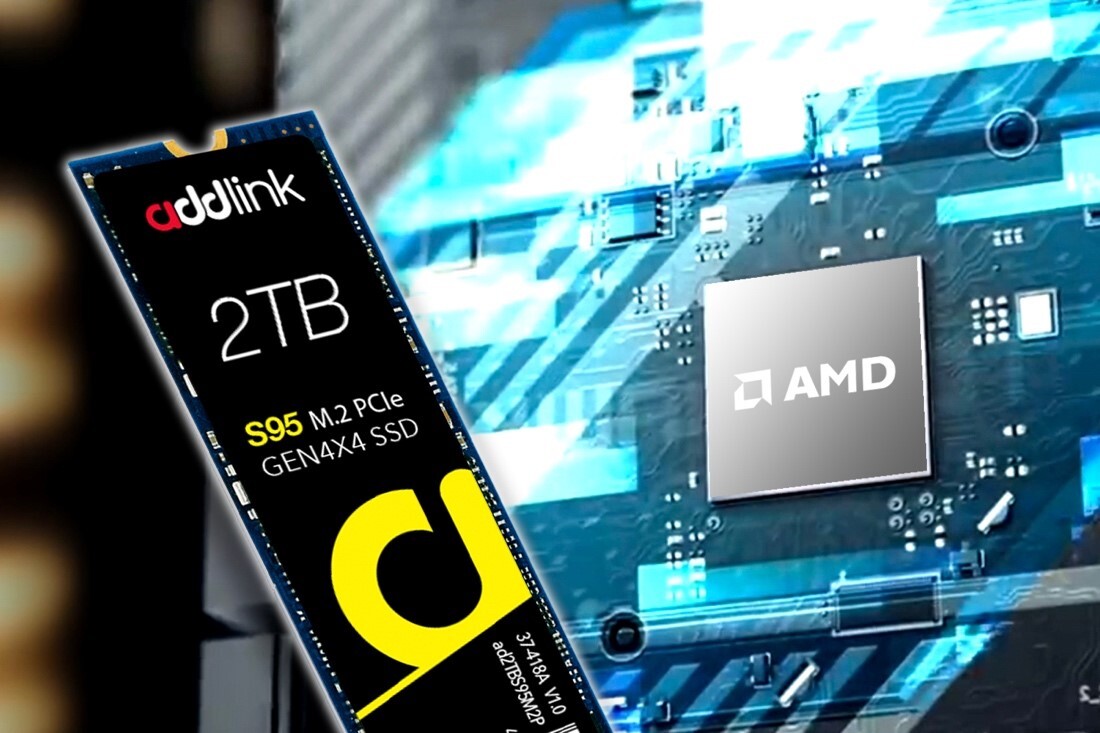 addlink announces the S95 SSD featuring rapid sequential read/write speeds reaching up to 7,000/6,8000 MB/s, respectively. This SSD utilizes the PCIe 4.0 certification and is backward compatible with PCIe 3.0 SSD slot. However, when using a PCIe 3.0 connection, the SSD won't achieve the previously stated speeds. The S95 SSD is stated to come with a warranty of five years, while in the press release, there is a link to the Amazon store page.

The addlink S95 SSD utilizes the latest Phison premium controller, and this controller is called the PS5018-E18. This Phison premium controller allows for incredibly quick sequential read and write speeds of up to 7,000/6,800 MB/s, respectively. The supplied speed by the S95 SSD is nearly 14 times faster than the SATA III SSD and is two times faster than the PCIe 3.0 SSD. This SSD features slow random read and write speeds, having 73.56 / 304.70 MB/s, respectively.

This SSD offers a wide of support features, including the latest ECC technology, advanced Wear Leveling, Bad Block Management, Over-Provision, and TRIM features. These features ensure that the SSD ensures that the S95 SSD offers high reliability and ensures that the user's data won't be lost due to the SSD manufacturer's issue.

The addlink S95 SSD includes the free addlink toolbox software, which provides an easier way to analyze and monitor the S95 SSD drive health. This SSD offers three capacities: 1 TB, 2 TB, and a maximum capacity of 4 TB. This good range of capacity allows users to save money by buying the capacity size that their system needs and not spending extra on the capacity they may never use.

The addlink s95 NVMe M.2 SSD will come with a five-year warranty, but addlink has yet to announce pricing for these drives, although in the press release, there is a link to addlink's Amazon store.