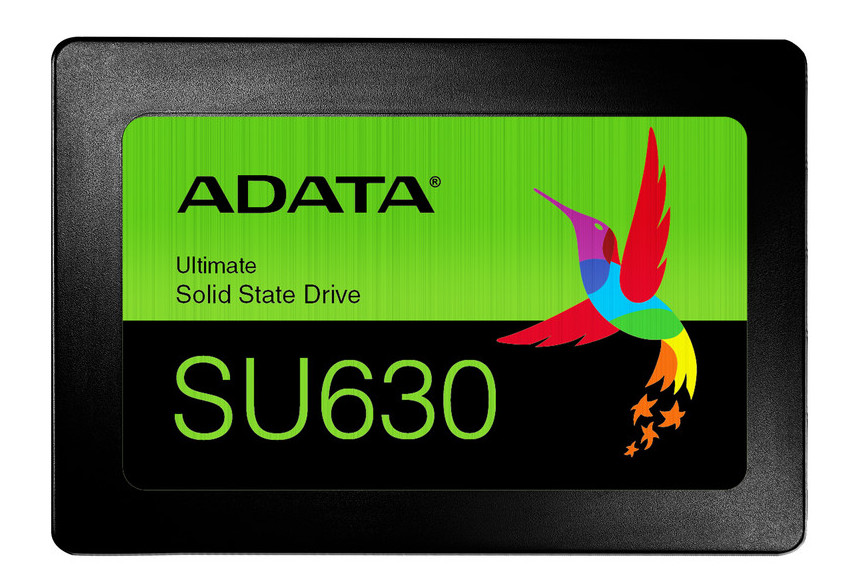 ADATA Technology, a leading manufacturer of high-performance DRAM modules, and mobile accessories today launched the ADATA Ultimate SU630 2.5" SATA 6Gb/s SSD, which signals its expansion into 3D QLC NAND Flash storage. With next-generation QLC (Quad-Level Cell) 3D NAND Flash, which ADATA is one of the first to hit the market with, is aimed to replace HDDs for an even lower price per gig. This still should have a bit of a trade off with QLC having less endurance than current TLC (Triple Level Cell) 3D NAND.

Delivering excellent performance without the less than great value typically associated with SSDs, the SU630 gives HDDs a run for their money. It comes in 240GB, 480GB, and 960GB capacities and sports 3D QLC NAND Flash to deliver improved reliability, longevity, and performance over its TLC counterparts. Reinforced by performance-boosting SLC Caching, the SU630 reaches speeds of 520 MB/s read, and 450 MB/s write for smooth and fast boot, file transfers, and downloads. What's more, the SSD also features characteristics that work to keep data safe, including a shock rating of 1500G/0.5ms and resilience to temperature changes (0°C ~ 70°C), while also being more energy-efficient and quieter than HDDs. 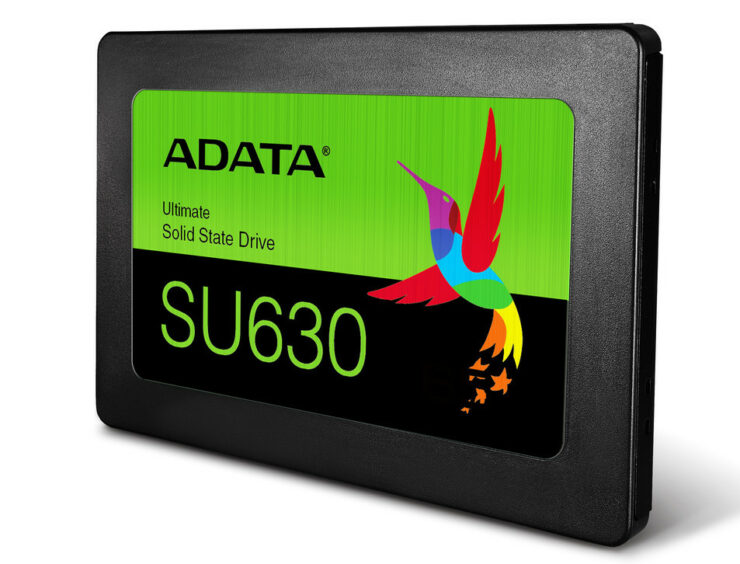 With support for LDPC (Low-Density Parity-Check) ECC (error correcting code) technology, the SU630 can detect and fix errors to ensure data integrity and thus enjoy an extended lifespan. On top of that, with the purchase of the SU630, users qualify to download ADATA's SSD Toolbox and Migration Utility free of charge. SSD Toolbox allows users to monitor and manage the SU630, with drive status, wear level, and lifespan information. The Migration Utility is especially helpful for users making the switch from HDD to SSD, as it allows for simple and straightforward backup and migration of data, including the operating system.

That being said ADATA did note on their website a Warranty of only 2 years, a year shorter than the industry standard 3 years. It remains to be seen how long of an endurance future QLC NAND SSDs have and this is not a knock on ADATA specifically.

Pricing has not been announced though it should be hitting store shelves in the coming weeks.