Finally someone had decided to step up to the big bad Sony. According to a recent article published in the Times Online, Activision Blizzard CEO has made a public threat against Sony to drop support for its console if the maker doesn't depart from its present way of business. According to Bobby Kotick, Sony's current business strategy proves to be a lot more expensive, bot for the consumer and the developers.

Activision, was worlds first and now the largest third party game publisher surpassing Electronic Arts last year. With big name franchises under its belt like Call of Duty, Guitar Hero, Marvel properties like Spider Man, The Hulk, X-Men, and other big licenses like Star Wars and Tony Hawk series, the company certainly has gained some weight in the recent years - which it has now decided to throw around. 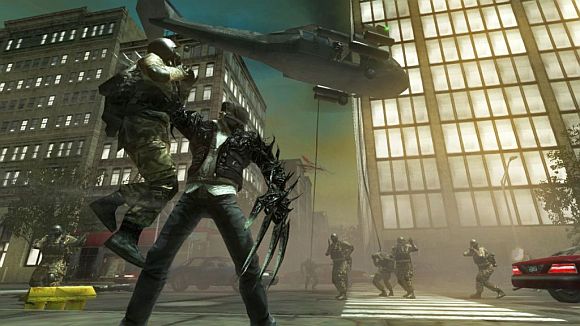 According to the article, Kotick expressed his concerns about the PlayStation brand citing that it is more expensive to develop for than the competition, and that it lacks innovation in the over all platform resulting in lower demands. And all that backed by premium hardware and licensing prices. He further said that if things continue on like this, then he doesn't see his company supporting the platform in the next couple of years.

While there are many PlayStation fans out there (I was too for over 12 years), Kotick's concerns seem just. Sony has been performing poorly when compared against Nintendo or Microsoft. Nintendo revolutionized the gaming world with Wii, while Microsoft has totally given it a new definition with Project Natal for the Xbox 360. Sony on the other hand has done nothing, other than to copy other platforms and changing its controllers from Bananas to Dual Shocks to Motion Sensitive controllers. Even its PlayStation Network and Home doesn't seem to interest anyone.

Looking at what the world is coming too, Sony's best bet would be cut the prices for its hardware making it more competitive and affordable for the consumers. Fail to do that, and EA, CAPCOM, Take-Two, Ubisoft etc just might be the next in line.