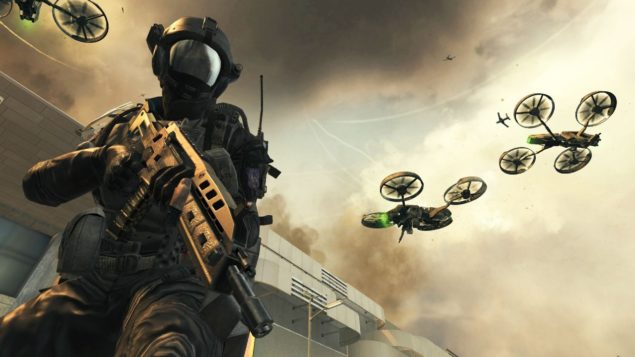 New Call Of Duty and Skylanders Titles Coming Next Year

Recently, Activision revealed two new unnamed Call Of Duty and Skylanders titles during its Q3 2013 earnings call. The publisher has just released its very latest game Call Of Duty: Ghosts on current generation consoles and the game would also be launching on the next generation consoles. The two new titles were listed under the large announced 2014 pipeline section in the highlights chart of Activision’s third quarter 2013 earnings. 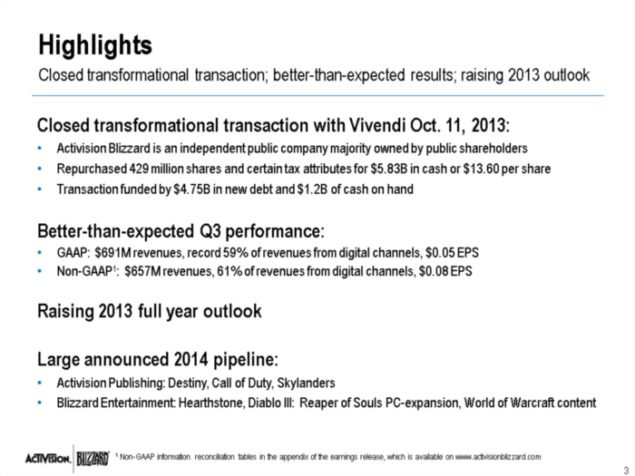 Activision Blizzard’s Chief Executive Officer, President and Director Bobby Kotick announced the release of two new titles to be set in 2014 during the publisher’s Q3 2013 earnings call. He said, “Despite short-term uncertainties, as we look forward to 2014, we have a very strong product pipeline. We expect multiple new releases across our major franchises, including the first Diablo III expansion, Reaper of Souls, along with the PS4 version of Diablo III and significant and exciting new content for World of Warcraft”.

"We also expect to launch new Call of Duty and Skylanders titles and a major new potential franchise with Bungie's Destiny."

The news is not much of a surprise considering a new Call Of Duty title is released every year, what makes this news interesting is predicting what will be the next Call Of Duty called a who will be developing it. Will it be Modern Warfare 4 by Sledgehammer games or would we get Black Ops 3 supposedly with a new advanced zombies mod. All predictions and rumors are welcomed because Activision did not announce name of the next Call Of Duty game, date of release and that which developers would be working on it.

Activision revealed its Q3 2013 earnings till September 30th. According to the publisher, the results are higher than expected. It was told during the call that company’s revenue was down 18% to $691 million, while profits were down 75% to $56 million. Also Call of Duty: Black Ops 2, the first person shooter game developed by Treyarch published by Activision was said to be one of the top five best-selling games so far in North America and Europe in 2013. Describing the success of Call Of Duty: Black Ops 2, Activision Blizzard CEO Bobby Kotick said:

"Call of Duty is by far the largest console franchise of this generation. More people have played Call of Duty this year than ever before, logging four billion hours of gameplay. And in the last 12 months, Call of Duty: Black Ops II, including its digital content, generated more revenues than any other console game ever has in a single year. Although it is too early to assess sell-through for Call of Duty: Ghosts, it’s launching at a time when the franchise has never been more popular". 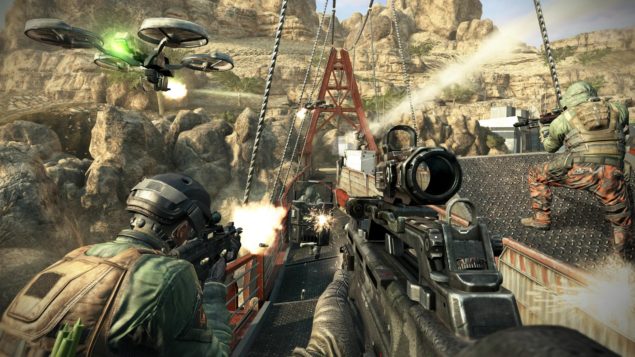 Referring to the Q3 2013 earnings results, Kotick made the following statement:

“Our third-quarter results exceeded our expectations, and we are able to raise our outlook for 2013 net revenues and earnings per share. Robust continued engagement with our core franchises drove digital revenue, which constituted a majority of all revenue. This quarter demonstrates that games like Call of Duty and World of Warcraft engage and entertain our fans year round.”

“We recently released new titles in two of the most popular franchises in entertainment, Call of Duty: Ghosts and Skylanders SWAP Force. We are thrilled by the quality of those games and we are excited to show what we can do with them on next-generation consoles in the coming weeks".