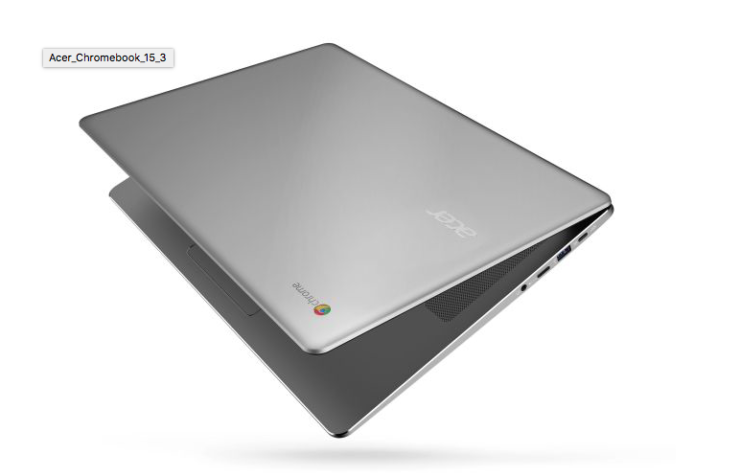 IFA announcements have begun to unfold, and among the initial entries, there is one from Acer. The company has launched a new Chromebook 15, which is a substantial upgrade over its predecessors. For the ones who are looking to buy a solid Chromebook, this one adds up to the list.

In line with previous models under Chromebook 15 lineup from Acer, the new Chromebook 15 also features a 15.6-inch IPS display with 1920 x 1080 resolution making it the largest Chromebook on the market. Acer is offering touch and non-touchscreen panels option with the new Chromebook 15. Besides, the device also includes two upward-facing speakers to make it fit for multimedia purposes.

Regarding design, the flap and palm rest are made up of aluminium, offering a premium feel to the whole setup. This time around, Acer has kept the Chromebook 15 thinner (0.74-inches) and lighter (3.79 pounds). The full-size keyboard is claimed by the company to offer comfortable typing with built-in backlight.

Acer touts that Chromebook 15 offers around 12 hours of battery backup on a single charge. The connectivity options on the device include a USB Type-C port, two USB 3.1 ports, full-sized HDMI, 3.5mm headphone jack, and an SD card reader with support for 128GB SDXC. Other connectivity options on the device include Bluetooth 4.2 and 802.11ac 2×2 MIMO Wi-Fi. The Chromebook 15 comes with full access to Google Play Store for easy download of Android apps.

In addition to the touch panel and non-touch panel options, Acer also offers an option for the processor, storage, and RAM. Buyers can choose between Intel Celeron or Pentium processors, 32GB or 64GB of eMMC storage, and 4GB or 8GB of RAM.

The device will go on sale from October at a starting price of $399. It will be up for purchase from the Acer Store and Best Buy in the US. This marks the biggest upgrades in Acer's Chromebook lineup. By throwing in enhancements like full HD display, USB Type-C port, aluminium body, and better battery life, Acer has made the new Chromebook 15 pretty appealing.