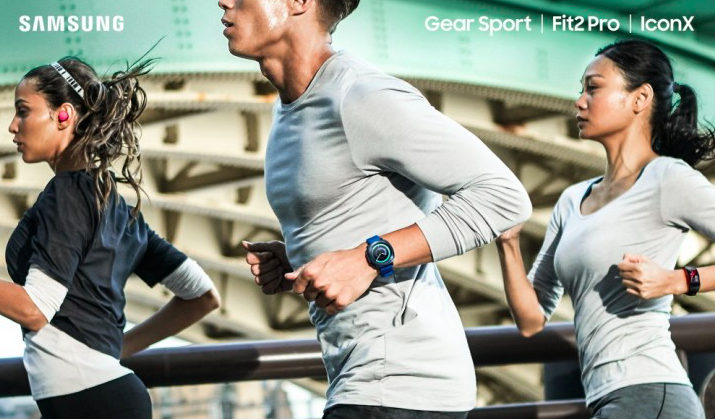 As expected, Samsung has launched new products in the Gear lineup, ahead of the IFA event in Berlin. This time around, Samsung has doubled down on fitness with its two new smartwatches - the Gear Sport 2 and Gear Fit 2 Pro. In addition to the two new fitness-focuses smartwatches, Samsung has also unveiled an upgraded version of IconX earbuds, now powered with Bixby integration.

This time around, Samsung seems to be in the game for challenging the likes of Apple and Fitbit. The focus on fitness factor shows that Samsung has been paying attention and that's why the new Gear smartwatches offer a mix of fitness and tech. 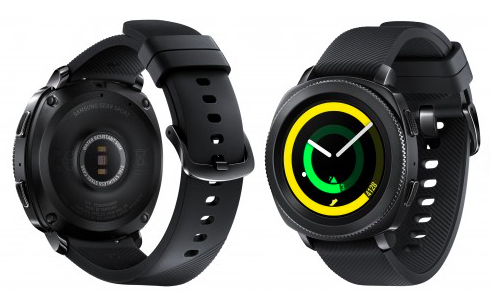 Starting with the Gear Sport, it features a 1.2-inch circular touchscreen with a 320 x 320 resolution and rotating bezel to show options. It is water resistant and can monitor your calories intake throughout the day. The Gear Sport also lets users access fitness programs to realise weight loss goals. Besides, it is also compatible with Samsung’s smart TV via Samsung Connect app. Yes, it also has support for Samsung Pay, thanks to the NFC chip inside.

Gear Sport - Specs at a glance 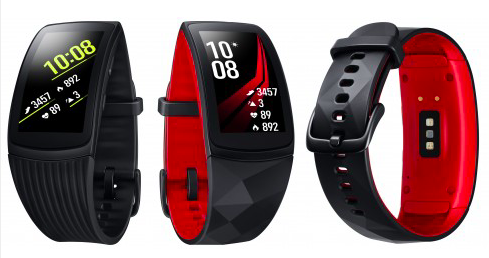 Samsung Gear Fit 2 Pro has nothing new to reveal as it already leaked last week. It is fitness tracker with a 1.5-inch curved display and 5 atm water resistance rating. The Gear Fit 2 Pro could be an ideal pick for the swimming enthusiasts as it comes with built-in Speedo app that tracks stroke type, stroke count, and lap count. It also features a heart rate monitor, built-in GPS, and an automatic workout detection feature. It features a 200mAh battery with four days backup on a single charge.

Besides, the Gear Fit 2 Pro also includes a one-year free subscription to Under Amour’s online service. Samsung has also partnered with Speedo and Spotify. The wearable will be available in Black and Red colour - large and small variants. The large version includes a strap for 158 and 205 mm wrists while the small version comes with a strap for 125 and 165 mm wrists.

Samsung has also introduced a 2018 edition of its Gear IconX wireless earbuds during the launch event for Gear Sport and Gear Fit 2 Pro. The original IconX earbuds debuted in June 2016 and hit the sales shelves later that year. The IconX is the direct rival to Apple's AirPod and now with new voice assistant integrations, it is setting some goals for the next version of AirPod.

The 2018 edition of IconX earbuds brings seven hours of backup on a single charge, up to five hours in Bluetooth mode, and up to four hours of talktime. The case for these earbuds has its own 340 mAh battery while the earbuds have an 82 mAh battery. Interestingly, they charge up for an hour usage in just 10 minutes. In its standalone mode, the Gear IconX 2018 earbuds offer 4 GB worth of music playback in the internal storage. It also offers Bixby support when paired with a Samsung phone and Google Assistant support on other phones.