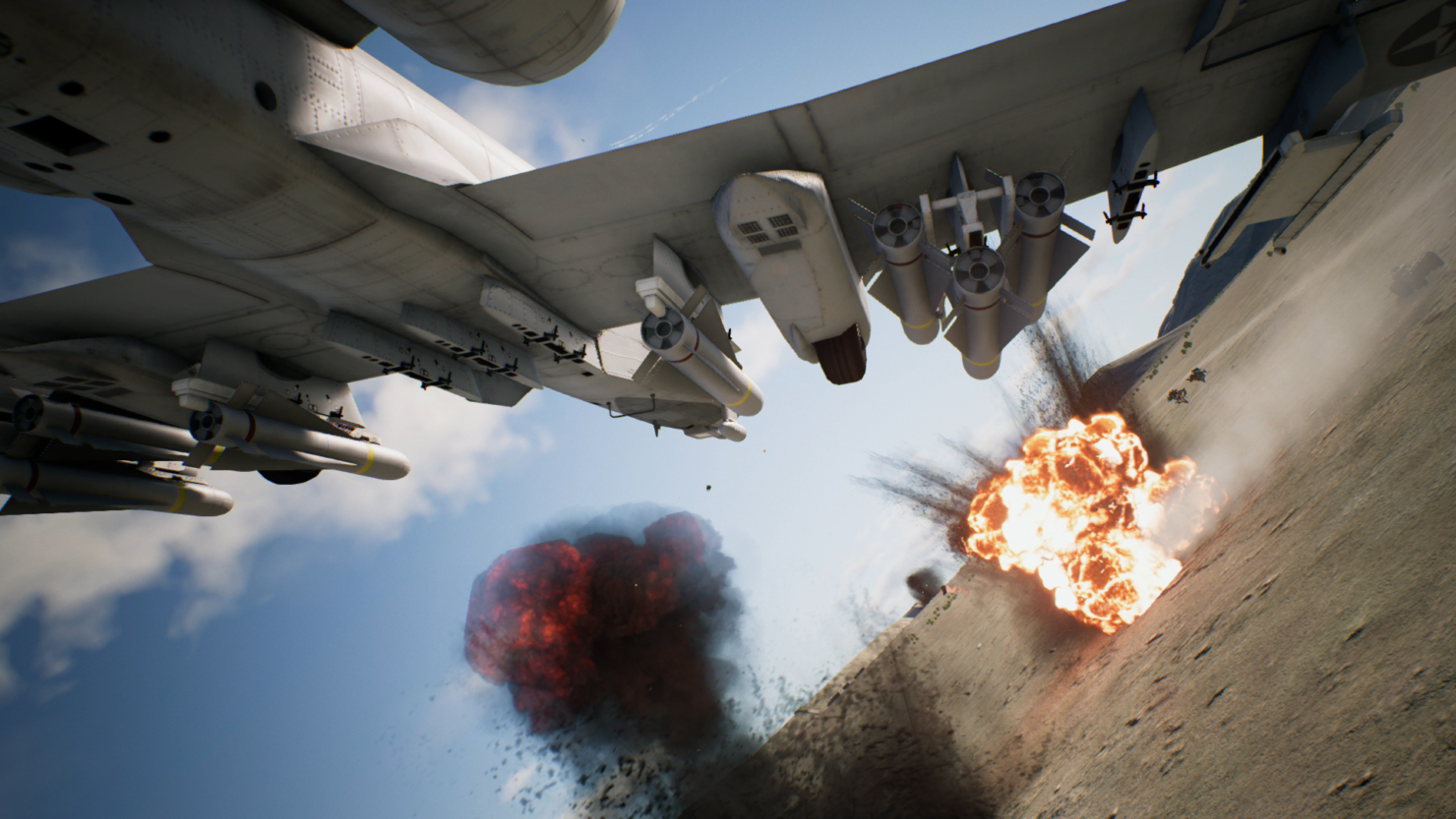 Now, NVIDIA shared an "exclusive" 4K gameplay footage from the PC version of Ace Combat 7, running on a GeForce GTX 1080Ti graphics card. NVIDIA also revealed the graphics settings and features of the PC version, while pointing out the best GPUs to play the game at various resolutions.

Settings are on max, with options for Anti-Aliasing, Bloom, Effects, Motion Blur, Post-Processing, Screen Space Reflections, and Shadows all cranked up. Additionally, there's a built-in option for Resolution Scaling, enabling you to play at 4K quality on a 1920x1080 monitor; the option to uncap the framerate; and plenty of settings for Flight Systems, controllers, flight sticks, keyboard and mouse control, and key remapping.