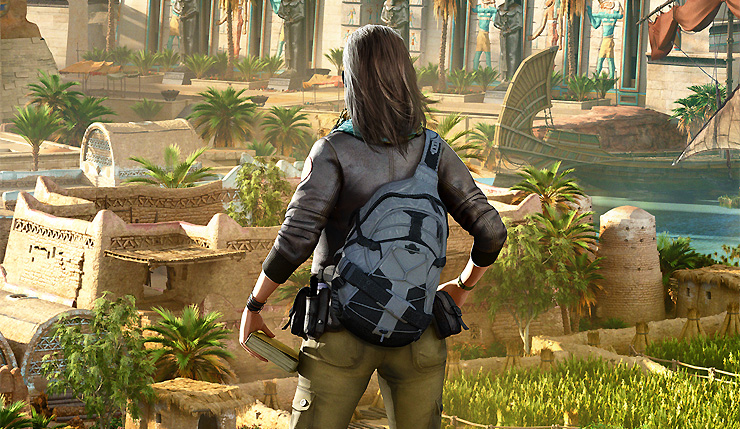 Ready for some good old-fashioned edutainment? Assassin’s Creed Origins launches its combat-free Discovery Tour next week, and Ubisoft has revealed some new details about the unique and ambitious-sounding mode. First, a quick description of the Discovery Tour for those who haven’t been keeping up.

“This new educational mode of the game lets everyone, from players to history-enthusiasts and non-gamers, choose between free roaming the beautiful world of Ancient Egypt to learn more about its history and daily life, or embarking on guided tours curated by historians and Egyptologists. People can discover and explore a world free of conflict, time pressure or gameplay constraints, where storyline and quests are not active and the world of Ancient Egypt evolves into a combat-free living museum.”

According to Ubisoft, the mode will include an impressive 75 individual tours, which will last between 5 and 25 minutes each. Each tour will be tied to one of five themes:

Players will control a variety of characters during these tours, including Bayek, Aya, Cleopatra, Caesar, and over 20 others. In addition to the guided tours, players will also be free to mess around and snap pictures with Photo Mode in the danger-free version of Origins’ Ancient Egypt.

Assassin’s Creed Origins owners can download the Discovery Tour for free on February 20. Those who want to bone up on Egyptian history without indulging in the nasty, violent core game, can purchase the Discovery Tour à la carte on PC for $20. So, who out there is excited to do their history homework?