Softcore gamers might be pleased to know that IGN has decided to free the popular iOS game 'A Dark Room' for all iPhone and iPad users. Originally, the game costs $0.99 on the App Store, but if you're willing to save an extra buck, you can download the game from the link provided at the end. The free game of the month is brought to you by IGN's partnership with developer Amir Rajan. However, do read the eligibility criteria below to download the game. 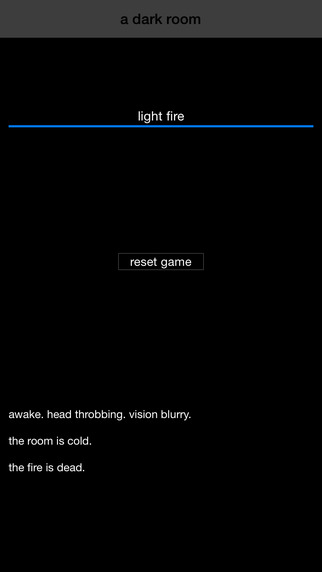 A Dark Room is Apple's one of the top 10 paid apps of 2014, offering a unique role-playing experience for users. The gameplay is distinct compared to all other games like Temple Run, Angry Birds and others. A Dark Room will blow the player with its evolving depth and variety. With a sense of unpredictability, the game will surely keep you immersed in suspense.

The game is being offered for free in over 57 countries out of which some of the regions include the United States, United Kingdom, Germany, France, Singapore, Russia, India as well as Australia. IGN's free game is based on a first come, first serve bases, so if you're willing to give this game a go, you should download it as soon as possible. To download the game, there is no IGN account required, which means you do not need to go through all the sign-in criteria. 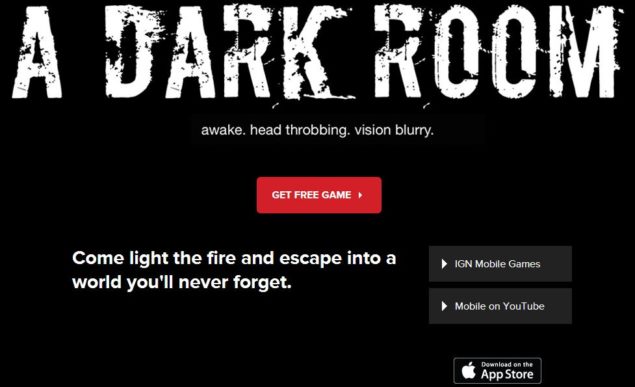 To download the game, all you have to do is go to the game link provided at the end. Once the source link is open, click on ''Get Free Game'' button. Then you will be prompted a code which you will use to redeem your free game on your iOS device. On your iOS device, navigate to the App Store and open it. Scroll down at the very end and tap on the 'Redeem' button. Enter your Apple ID password and you will be taken to the next screen. You will be asked to either scan the code via your smartphone's camera or enter the code manually. Either way, enter the code and tap on 'Redeem'. This is it, your game will start downloading. In case it shows an error, try again and repeat the procedure.