The next generation of wireless networks has been an ongoing race for many companies but it seems that Verizon is going to win this one. The future, 5G, is coming sooner than expected as Roger Gurani, Chief Information and Technology Architect for Verizon, said in an interview with CNet. He stated that the wireless company plans to test its 5G technology next year with “some level of commercial deployment” planned in the year 2017. Verizon didn’t exactly when it would see a burst of customers connecting to the new 5G technology but it did hint that it would happen within the next five years or so.

This is sooner than anyone expected and also contrary to earlier reports which said that 5G won’t be available to consumers until the next decade. If Verizon does make this happen within this short span of time then it would put it at the top of its competitors and would give it a head start on the new technology, it would also alter the whole wireless network industry.

“The future is going to bring more stuff that I can’t really describe,” Gurnani said. “We can’t possibly envision the full range of disruptive products and services. But we have some possibilities.”

Speeds of the 5G network have been hinted to be a few times faster than the 4G network speeds in the past, but the most recent tests by Verizon have annulled all those claims. The new claim by Verizon is that speeds are 30-50 times faster than the 4G LTE network, making them even faster than the speeds offered by Google Fiber’s gigbit wired broadband. This may just be a marketing strategy to get more people on board with the new technology and to make it more attractive unwilling people, let’s hope it is true and we will enjoy these appealing speeds. To put this into perspective a 9GB movie would take around 6 minutes to download on a good LTE network but it would take less than 15 seconds on a good 5G network, which is surprisingly fast! 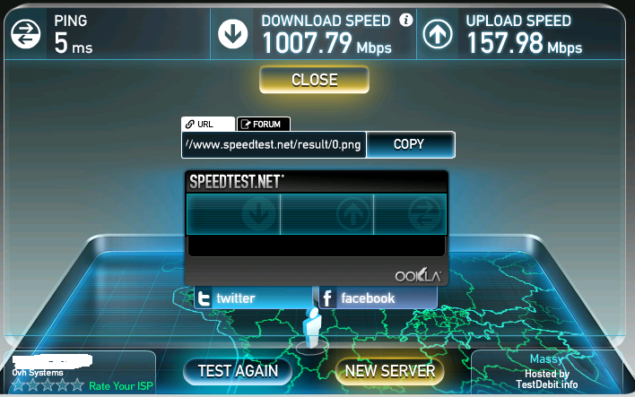 Once 5G comes, these speeds will be the norm.

Verizon is looking to move plans out of its lab in the next 12 months which would encourage others to follow. South Korea has been expected to launch their 5G trial in the 2018 Winter Olympics while Japan has been aiming for the trial in the 2020 Summer Olympics. Rima Qureshi, chief strategy officer of telecommunications equipment supplier Ericsson, talking about the whole plan said:

“It’s a very aggressive timeline; it’ll be interesting to see what the reaction is.”

Trials are still limited to Verizon’s own innovative centers in San Francisco, Massachusetts and Waltham and expansion of this technology would require a release of more radio spectrums from the government.

“At this time, our focus is on the technology field trials and accelerating the technology,” Gurnani said. “For technical trials themselves, we have what we need. Beyond that, 5G will require big bands of spectrum.”

This all might tempt you to preorder the first 5G phones, but those are still years away. Let’s see if Verizon can match the speed tests as claimed, we will definitely keep you updated on this.