Square Enix and Avalanche Studios announced the long-awaited gameplay trailer for Just Cause 3 will be released on April 28, 15:00 CET. The Official Cover for the PlayStation 4, Xbox One and PC versions has been revealed. Watch the teaser below:

The publisher revealed new details on the game in a series of updates on Twitter, confirming that a photo mode is currently not planned, and that there is also no Just Cause 3 demo planned.

@Captain__Arabia Hi! It's currently not planned for the release. 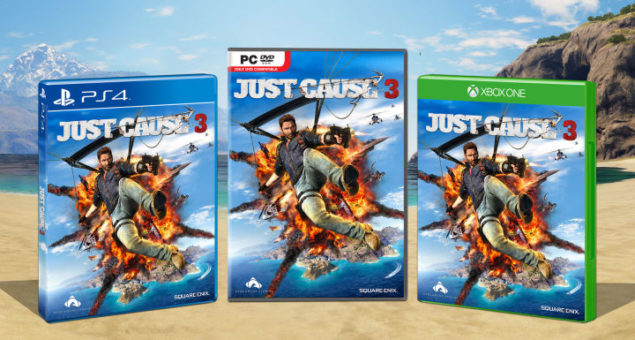 It should be noted that both Just Cause and Just Cause 2 had a demo available.

As Game Director Roland Lesterlin, explained, they haven't released any gameplay for Just Cause 3 yet, because they want to do things “the right way,” making sure that everything is great including the finishing touches, and closes assuring the fans “It’s coming and it’s worth it.”

Just Cause 3 takes place on the fictional Mediterranean island of Medici, with series protagonist, Rico Rodriguez making a return to fight against the cruel dictator General Di Ravello.

Christofer Sundberg, founder and Chief Creative Officer at Avalanche Studios, revealed that the game would not have a form of multiplayer when it launches, and went on to talk about the fan made Just Cause 2 Multiplayer Mod,

“The mod is absolutely fantastic.” “We owe those guys a lot. They have actually supported the game and helped it stay alive so many years after it was released. We don’t expect the fans to make the multiplayer for Just Cause 3, but at some point you have to make a choice on where your focus is. Our strength is the sandbox experience, and we want to deliver a great Just Cause 3 experience.”

The first Mad Max Gameplay trailer was just released from Avalanche and it is absolutely awesome, so it's quite safe to expect a similarly explosive trailer for the highly anticipated Just Cause 3.

Just Cause 3 is expected to release W inter 2015 for the PlayStation 4, Xbox One and PC. It is being developed by Avalanche Studios and published by Square Enix. We will bring you any new information on Just Cause 3 as soon as it becomes available. Be sure to check out previous coverage for more information here and here.