2Q 2019 Data Shows Another Decline in the Tablet Market 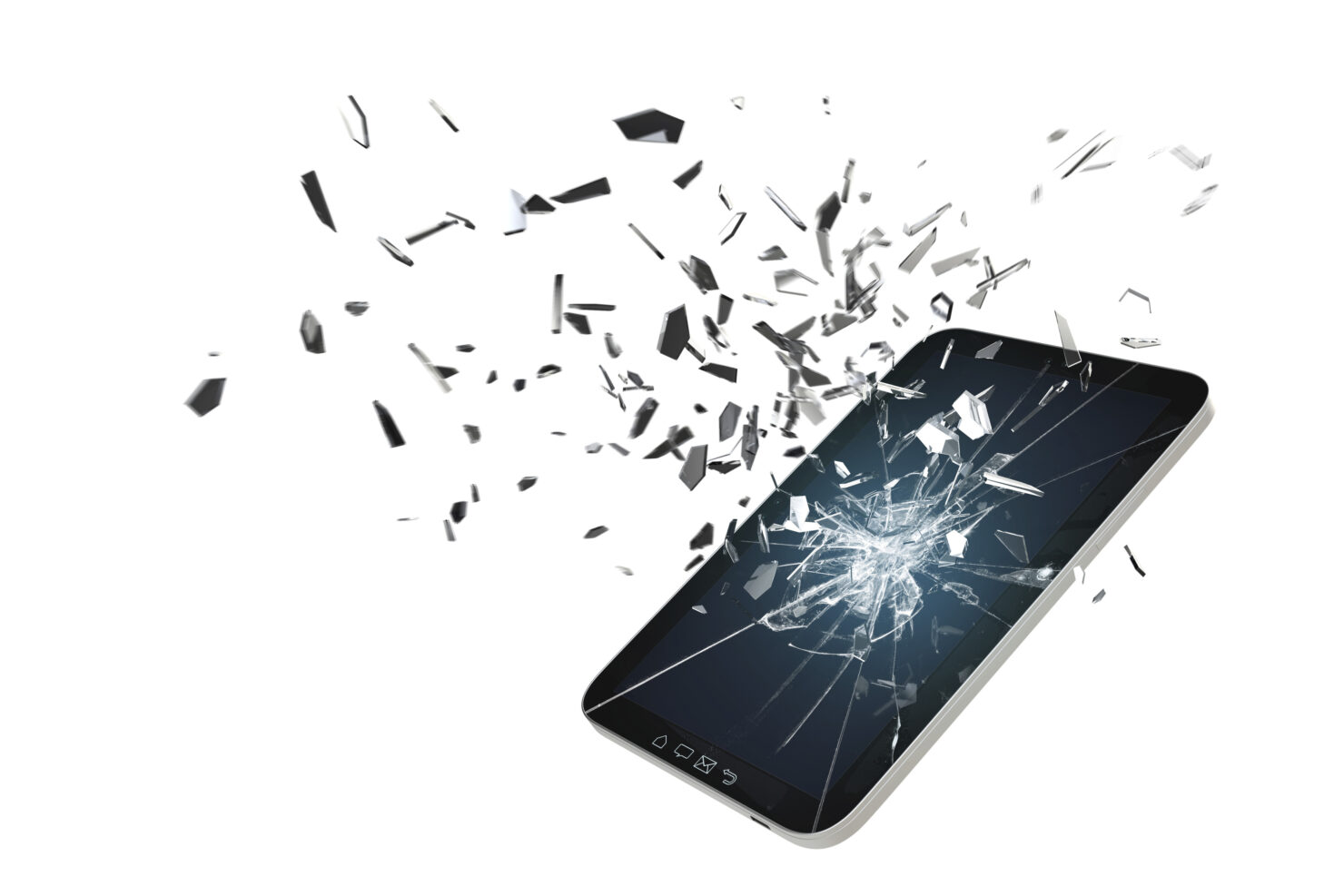 New data from IDC’s quarterly tablet tracker shows that the market for tablets continues to decline, as global shipments for the second quarter of the year fell to 32.2 million units -- a drop of 5%.

Apple (NASDAQ:APPL) continues to effectively own the tablet market, gaining 6.1% year-over-year to hit a market share of 38.1% and 12.3 million shipments. While Apple is the largest player in the tablet market, it didn’t have the same growth as Amazon (NASDAQ:AMZN). Amazon, which ships a lot of volume of its Fire-branded tablets on its annual Prime day in July, shipped 2.4 million tablets during the quarter, a year-over-year increase of 46.3%. 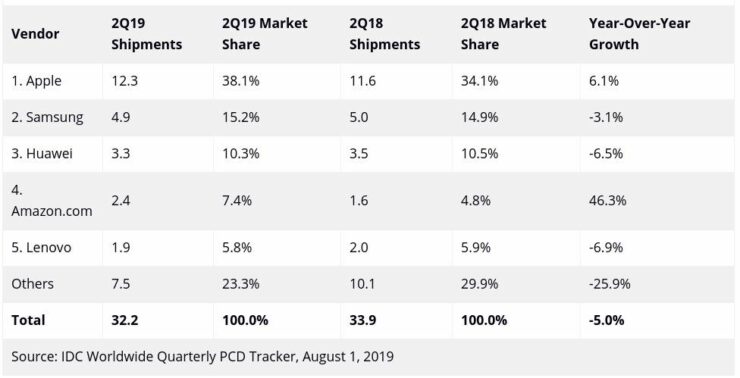 Samsung (KRX:005930), in contrast, continued to hold the second position and managed to grow its share though this was simply because the market declined at a faster pace than Samsung's own tablet shipments. Although the company still has a portfolio of premium-priced Android tablets (the last major player to do so), the majority of its shipments were comprised of the lower-end E and A series.

The Problem of Refresh Rates

Tablet makers are facing a declining market because people don’t have a compelling reason to upgrade their tablets. The volume of devices replaced -- a term known as refresh rate -- is shrinking because there isn’t that one, new defining feature to drive sales. Instead, advancement in the market is incremental as vendors R&D budget is going elsewhere. That being said, this shouldn’t be confused with the relevance of tablets: the data from IDC just shows quarterly shipments and not the install base: there are plenty of tablets out there, but new ones are just not being sold.

And Remember when Intel Tried to Buy This Market?

With the release of IDC’s latest batch of tablet tracker data, it’s worth looking back to the time that Intel (NASDAQ:INTC) tried to effectively buy this market to push x86 as an alternative to ARM.

Back in 2014, the tablet market was a much more optimistic place. As PCs continued to be stagnant, Intel thought that tablets were the future of computing -- a future that seemed to be dominated by ARM. So, to counter this, and to jumpstart Intel’s tablet efforts then-CEO Brian Krzanich promised at the (now defunct) 2014 Intel Developers’ Forum at Shenzhen to get its Atom chips into 40 million tablets by the time that forum rolled around in 2015.

In April of 2016, Intel announced it was exiting the smartphone and tablet market by cancelling its Broxton and SoFIA platforms which were part of the Atom X3 family.

The total cost of Intel’s contra revenue scheme? Over $3.1 billion.