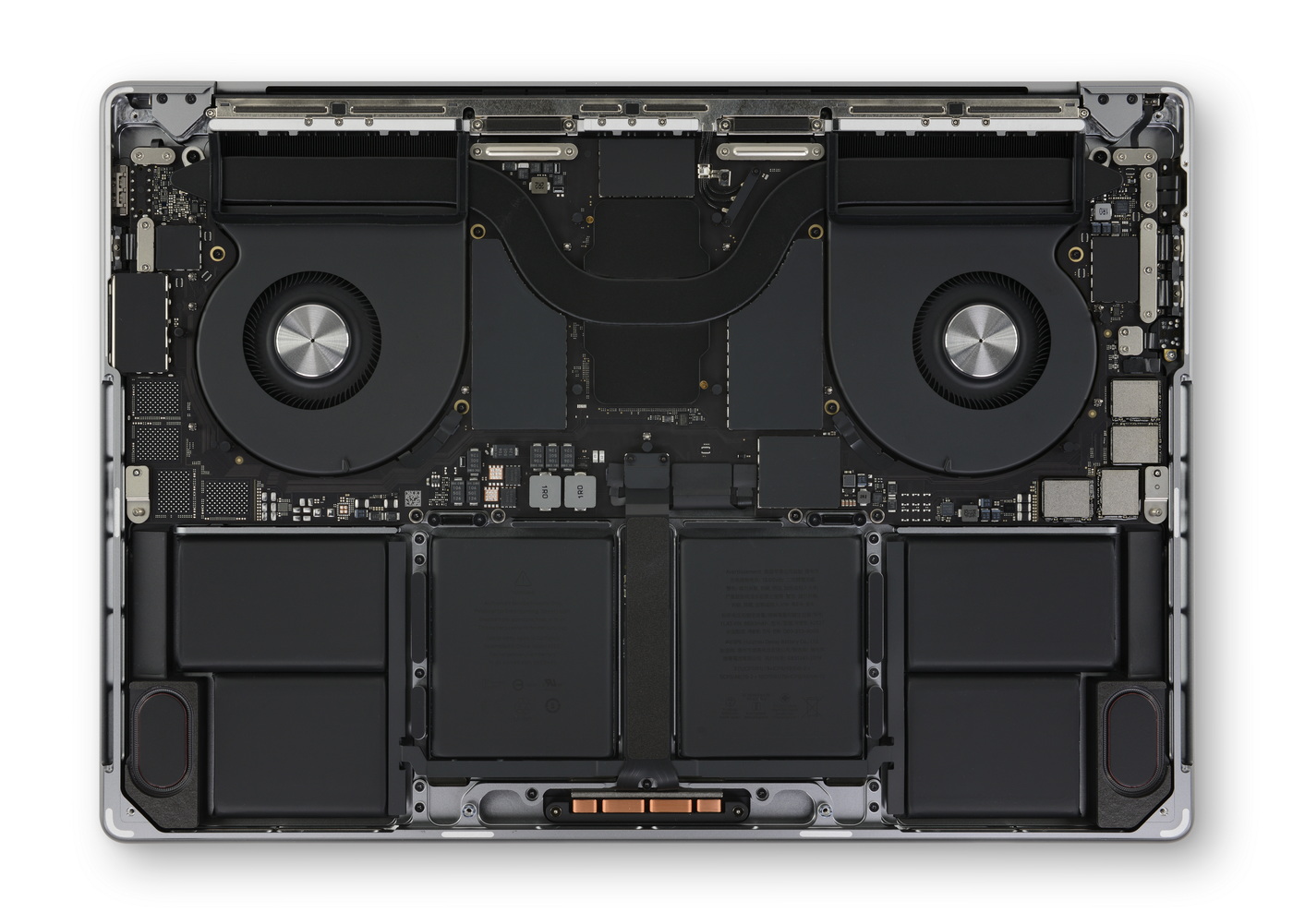 Apple impressed critics and consumers with the efficiency of the M1, claiming that its portable Macs featuring this chip will last for hours. The same efficiency was carried over to the M1 Pro and M1 Max found in the 2021 MacBook Pro while also giving them the ability to perform significantly faster. According to the latest battery test, the best high-end gaming notebook, which has insane endurance, cannot hold a candle to the redesigned MacBook Pro’s runtime, as you will soon find out.

Dell’s G5 5515 Has the Best Battery Life for a High-End Notebook, Lasting for 12+ Hours, but the 2021 MacBook Pro Effortlessly Beats It

The introduction of Ryzen processors for high-end gaming notebooks tackled perhaps the biggest complaint of this product type; battery life. According to Jarrod’s Tech, Dell’s G5 5515, which is fueled by a Ryzen 7 5800H and full-powered RTX 3060, lasts for 746 minutes, or 12.4 hours in the YouTube playback test, making it the longest-running gaming laptop that has ever been put through its paces.

Unfortunately, while those numbers are impressive, the 2021 MacBook Pro is miles ahead of the competition, lasting for a whopping 1195 minutes, or 19.9 hours in the same test. If you were thinking that high-end notebooks like these will always compromise on battery life, this should be a massive surprise for you. It is also worth mentioning that the MacBook Pro Jarrod tested was the 16.2-inch version featuring the M1 Pro, not the M1 Max. 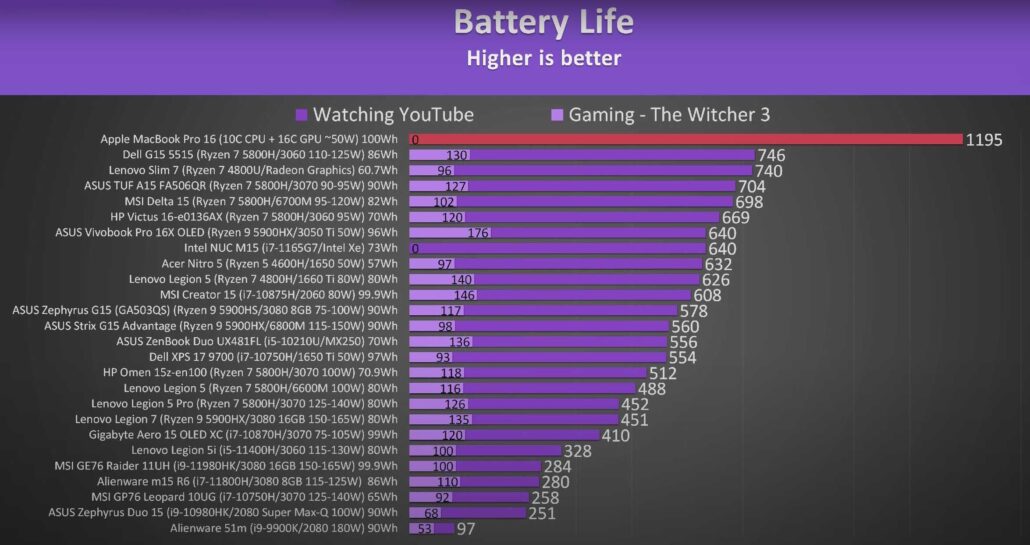 For those that do not know, the M1 Pro features the same 10-core CPU as the M1 Max, but sports half the number of GPU cores, which in this case, is 16 instead of 32. It is unclear if the 32-core M1 Max would consume more battery life, but for the time being, these are the results. Also, this 2021 MacBook Pro features a 100Whr battery, which is the maximum legal limit of a charging cell present in a notebook that you can bring onboard a plane.

By comparison, the Dell G5 5515 has an 86Whr battery. If that capacity was increased to 100Whr, Dell’s beastly gaming laptop would have lasted longer, but could it outlast the 2021 MacBook Pro? Unlikely. In either case, we are highly impressed with what both machines are capable of achieving while being unplugged, and in the future, when newer models are released with more efficient hardware, things will only get better.

Now, if manufacturers could use more advanced battery technology for longer runtimes, that would be great. If you want to check out Jarrod’s detailed review, the video is posted below. He previously tested the 2021 MacBook Pro’s wireless networking speeds, and they were abysmal, scoring the lowest out of any notebook tested so far.