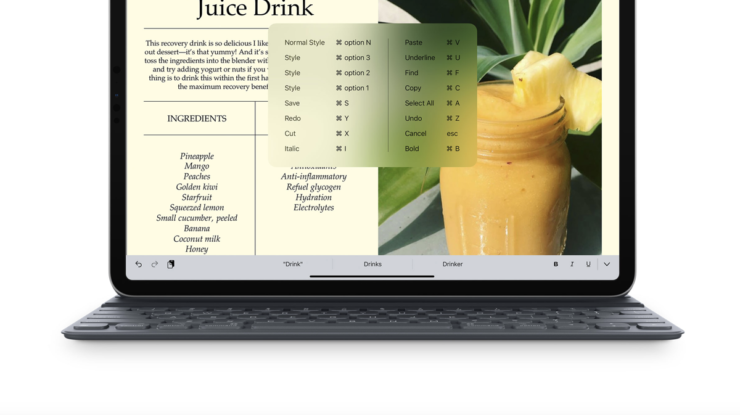 A rather vague report suggests that Apple will release a Smart Keyboard with scissor switches alongside the 2020 iPad lineup.

Apple Switched to Scissor Switches for 16-inch MacBook Pro, Will it do the Same for 2020 iPad Smart Keyboard?

According to a preview of a paywalled report by DigiTimes it appears as though Apple will be adopting scissor switches for the Smart Keyboard for the 2020 iPad and iPad Pro. The odd thing here is the report is very, very shallow and does not go into much detail at all, and we can expect the full report to go live tomorrow. Right now we only have the following line to work with:

Given the amount of problems Apple had with the butterfly keyboard and how well received the scissor switch keyboard is on the new 16-inch MacBook Pro, it's really interesting that Apple is planning to bring the new (rather old, really) design to the Smart Keyboard lineup for 2020 iPad and iPad Pro. But, funny enough, users don't have any (real) problem with the current rubber dome style keyboards at all, so it makes us wonder how the adoption of scissor switches will help Apple here, or even consumers.

I would be more interested in Apple releasing a Surface style Type Cover for the iPad or iPad Pro with real keyboard switches for a far more tactile experience. Given how Apple has treated the iPad keyboard to date, it would be an unsurprising move if the keyboard remains rather unchanged this year as well.

According to MacRumors, famed Apple analyst Ming-Chi Kuo stated that Apple is going to stick with the rubber dome design for the Smart Keyboard through 2021. What this means is that the upcoming report from DigiTimes is going to cause a bit of confusion given Ming-Chi Kuo's reputation for being spot on. But again, we will wait till tomorrow and see what the full report has to offer, so stay tuned for more.

Apple is expected to announce new iPads in a Spring event this year.