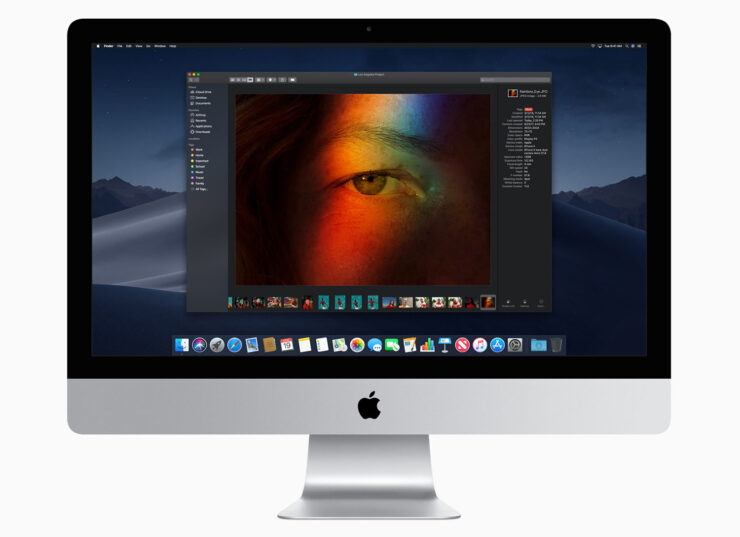 The 2020 iMac was supposed to be unveiled at this year’s WWDC keynote rocking a design inspired by the 2020 iPad Pro. Unfortunately, it was not to be, but that doesn’t mean we aren’t coming across clues that have led us to believe that the launch of the product might be very close.

According to the shipping estimates spotted by MacRumors on Apple’s iMac configurator section, customers can expect to wait up to 60 days for their machines to be shipped at their doorstep. The situation may get worse, but this tiny clue provides a little opening for us too; more specifically, we’re talking about the 2020 iMac launch. Since Apple didn’t unveil the refresh at its software-focused keynote, it is only a matter of time before the company reveals it later this year.

More evidence that an update is around the corner is thanks to a specifications leak, which highlights that Apple might be using a ‘special’ 10-core Intel CPU with a 95W TDP in its next iMac instead of a 125W part to obtain better thermals. Since iMacs aren’t knowing for featuring the best thermal solutions, it’s certainly possible Apple would want a lower TDP chip so that temperatures are maintained while delivering the best performance possible in that thermal envelope.

It’s also possible Apple doesn’t change the design of this 2020 iMac and instead, opts to bring a boatload of changes to another model that could feature the company’s custom A-series silicon. It’s rumored that a 24-inch designed iMac will be arriving in the fourth quarter of this year, so let us see what Apple has in store for us. The new iMac with the Intel processor might also provide improved AMD Navi GPU options while getting rid of the Fusion Drive altogether and replacing it with blazing-fast PCIe NVMe SSD storage.

This should make the machine more responsive and fun to use for creative professionals and those that demand raw performance and a clean design to appreciate every day. Are you excited about the 2020 iMac launch in the near future? Let us know down in the comments.