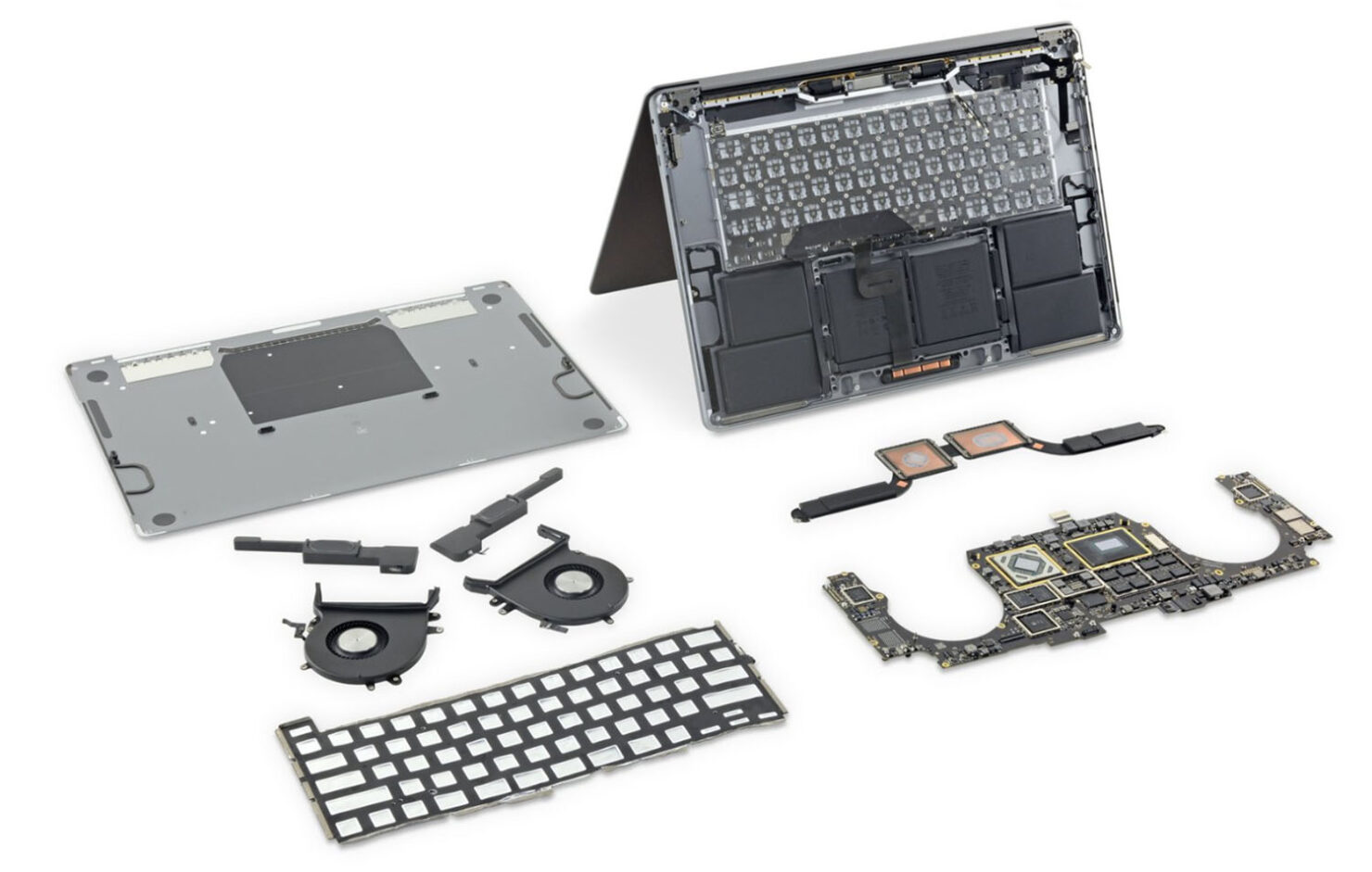 Apple has finally revealed the 16-inch MacBook Pro and one of the main things that set it apart from its 15-inch predecessor is a redesigned keyboard with rubber domes under the keys for enhanced durability. The Touch Bar has also been shortened to add a physical escape key to the keyboard. The notebook also gets a higher capacity battery, new speakers, and an improved internal microphone. Of course, it also promises a stellar performance. Repair specialists iFixit have now published a 16-inch MacBook Pro teardown to tell us more about the changes the Cupertino giant has made.

According to the 16-inch MacBook Pro teardown, the notebook is visibly bigger than its predecessor and the display hinge has been changed. The Touch ID gets a matte finish and the keyboards now feature half-sized inverted T-arrows keys. The new scissor switches keys look similar to the butterfly switch ones but they don’t have dust proofing membranes which perhaps implies Apple is confident they will not breakdown.

Beneath the scissor mechanism is the previously mentioned rubber dome. There is also a thin black gasket to stop the light from the backlight assembly from going beyond the edge of the keys. Unfortunately, it appears if the keyboard does fail, it will be non-serviceable through other means like the butterfly boards because the assembly is riveted down.

Moving on, the 16-inch MacBook Pro teardown also shows that a copper shield and some aluminum thermal pads cover the new GDDR6 chips, presumably for better thermal management. iFixit also notes that the new laptop has larger exhaust holes. Complimenting that are new fans with bigger impeller blades to push more air outside.

Overall, the 16-inch MacBook Pro teardown shows that the laptop is still not all that repairable and it has been awarded a repair score of one out of ten. The only thing that can be removed and replaced easily is the trackpad. Smaller components are modular, but RAM, the processor, and flash memory are soldered to the logic board. Hopefully, in the future, Apple will make products that are easier to repair, although we doubt that will happen in the near future.

The trackpad can still be removed and replaced with very little drama.

Minor components are modular, but the processor, RAM, and flash memory are soldered to the logic board.

The Touch ID sensor is the power switch and is locked to the logic board, greatly complicating repairs.”