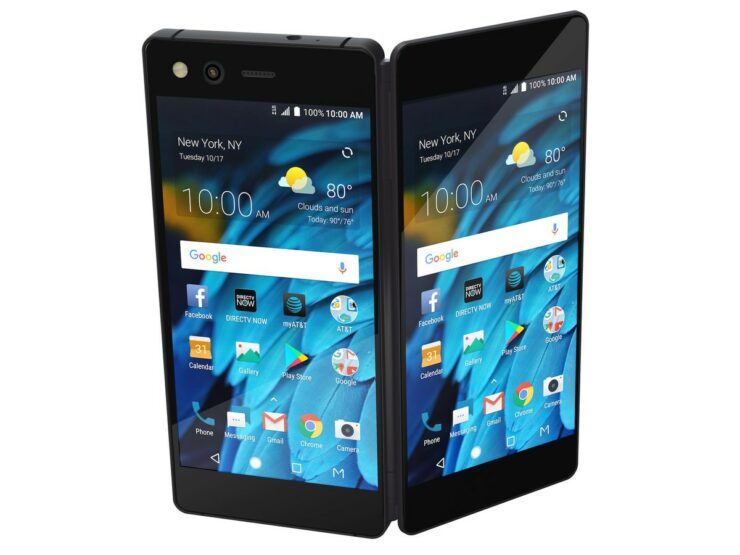 ZTE managed to race past Samsung in releasing its first dual-screen and foldable Axon M. AT&T is prepping to take orders for the unique handset very soon, with the first wave of units expected to take place starting November 1.

AT&T has released a promotional video in which two individuals explain that the smartphone is coming exclusively to the carrier just in time for the holidays. The device itself sports two 5.2-inch 1080p screens and there is also a unique feature called Dual Mode. This mode allows you to use both displays simultaneously while performing different tasks on individual screens.

Thanks to the increased size of the phone, Axon M is able to accommodate dual speakers but does not feature a bezel-less design otherwise that $725 price tag might have shot vertically. There is also a 20MP camera that provides support for 4K video recording with added stabilization. From the hardware front, you get 4GB of RAM but disappointingly a Snapdragon 821. Though it is a previous-generation SoC, it is still regarded as a powerful hardware addition to the phone and will easily be able to run the most stressful tasks without fail.

As for the pricing, AT&T will let customers order the new handset for $24.17 per month for 30 months or $725 outright. As for the OS, the Axon M will run Android 7.1.2 Nougat out of the box. Though AT&T and ZTE have not stated anything, we are under the impression that an Android Oreo update will be around the corner.

After all, what is the point of releasing a unique handset like this if you are not going to give it the software love that it rightfully deserves.

Would you upgrade to the dual-screen foldable phone from ZTE? Tell us your thoughts down in the comments.