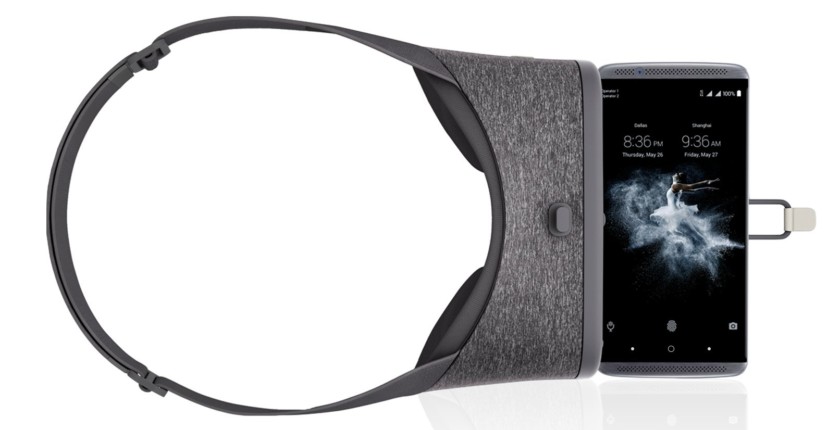 With the Nougat update, the ZTE Axon 7 gets a slew of new features. Other than the regular Nougat features, there also many surprise elements that will be of some use. For starters, the update brings enhanced battery saving "Doze" support along with the multi-window support that allows the usage of two apps simultaneously in two windows side by side. In addition, the update also brings new emojis onboard.

The company has worked closely with Google to get support for Daydream VR platform, and with this collaboration, the Axon 7 is the first ZTE smartphone with such compatibility. Not only this, Axon 7 is now the cheapest smartphone in the United States to get DayDream support, which will now let users Google's Daydream VR headset for excellent VR experience.

Not just Google, ZTE has also allied with Hiya to enhance caller ID support on the phone. It will help users in identifying calls and also block the unwanted calls. Hiya has previously partnered with leading manufacturers such as Samsung and Huawei to provide caller ID assistance on their phones in other regions outside the US. But ZTE is bringing the same feature for Axon 7 units in the US.

“We’re excited to team up with Hiya to automatically protect our consumers from the nuisance of robocalls. Our Axon 7 is the first in the US to offer spam and scam protection along with a natively integrated caller ID solution for free because we are committed to protecting our consumers and giving them the best phone experience possible.”

To recall, the ZTE Axon 7 was marketed as the "most affordable flagships” of 2016. It comes with flagship-level specifications and does not cost a bomb. The phone is available at $400 price tag. Now that ZTE has finally taken the route to Nougat, we can expect its other devices to follow suit soon.

The update for the Axon 7 will start rolling from today and will hit all the units in the coming days. ZTE has not revealed whether Axon 7 Mini will also be updated to Nougat, but we can expect the phone to get it soon. You can check if your ZTE Axon 7 phone has got the update by going to Settings>About Phone>Check for update. The version number for the latest update is A2017UV1.1.0B15.