ZOTAC Unveils the ZBOX Edge MI643, Which is Powered by Intel Comet Lake 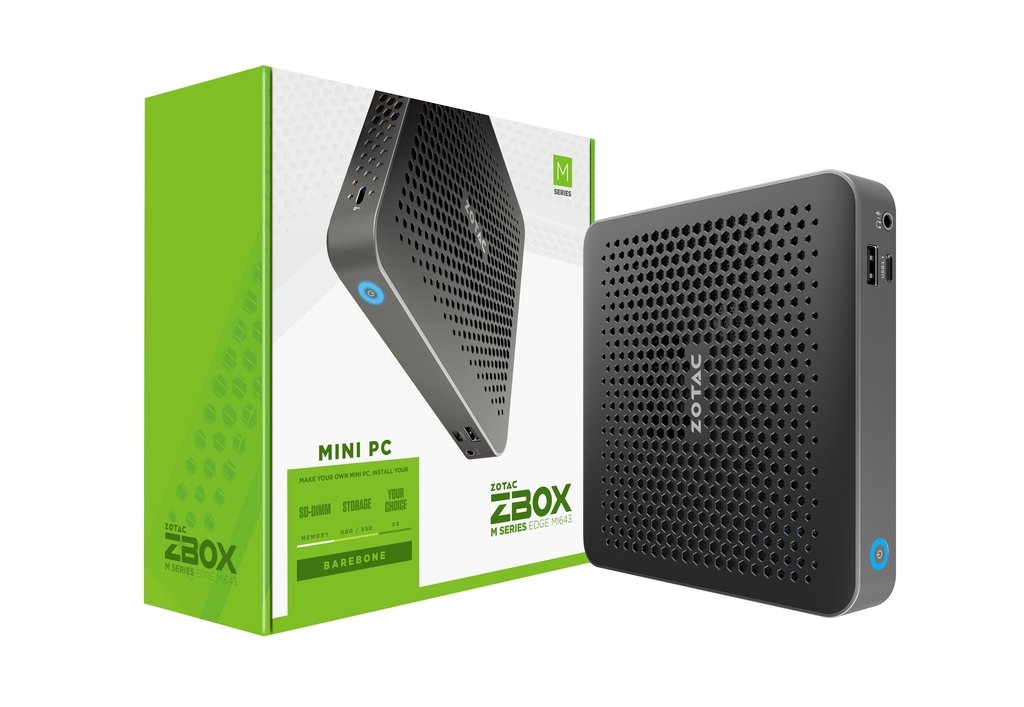 Zotac at CES has launched several ZBOX SFF PCs, and the ZBOX Edge MI643 is part of the higher-end of the recently released products. The ZBOX Edge MI643 is a small-form-factor PC utilizes the Intel Core i5-10210U quad-core processor, and this thin PC measures just 1.12 inches tall.

The Intel Core i5-10210U processor has a base frequency of 1.60 GHz and has a turbo clock of up to 4.20 GHz. This processor also has minimum TDP of 10 watts and a maximum TDP of 25 watts, and this lower TDP is perfect for smaller form factor PCs, the ZBOX Edge MI643 like all of the ZBOX is non-exclusively focused on the edge computing market. This PC utilizes the Intel Core i5-10210U's Intel UHD graphics, which offers a base frequency of 300 MHz and a maximum turbo frequency of 1.10 GHz. 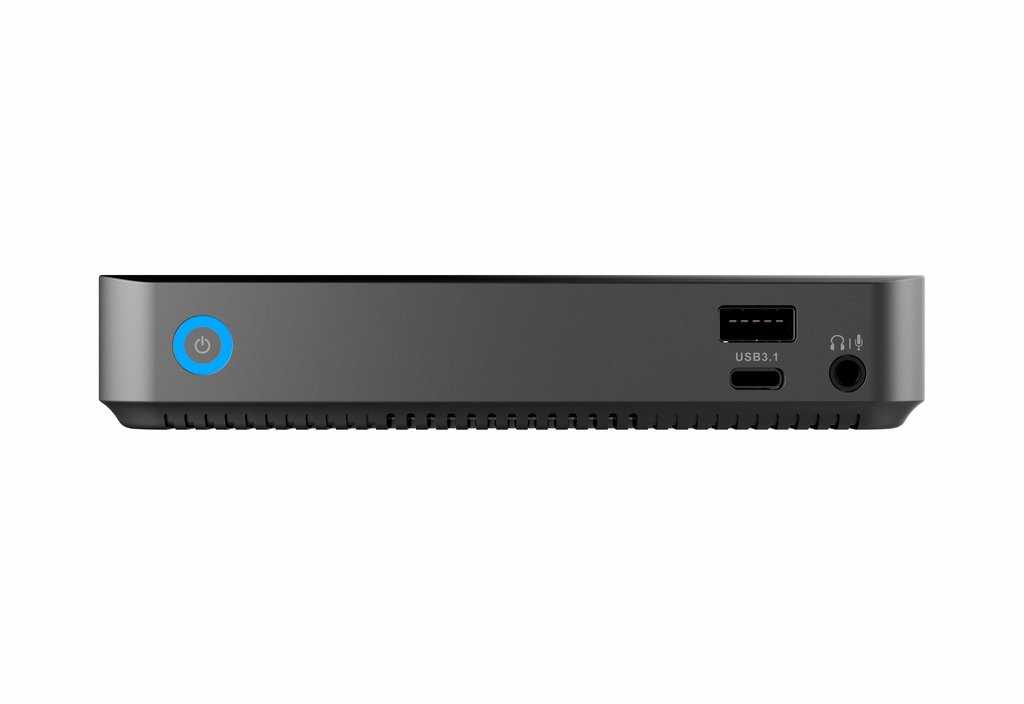 The rear IO is a offers an additional USB 3.1 Type-A port, the rear IO also has dual gigabit ethernet ports, along with a DisplayPort 1.4 as well as an HDMI 2.0 port. This antenna port supports 802.11ac wireless interface, which also offers support for Bluetooth 5.0. 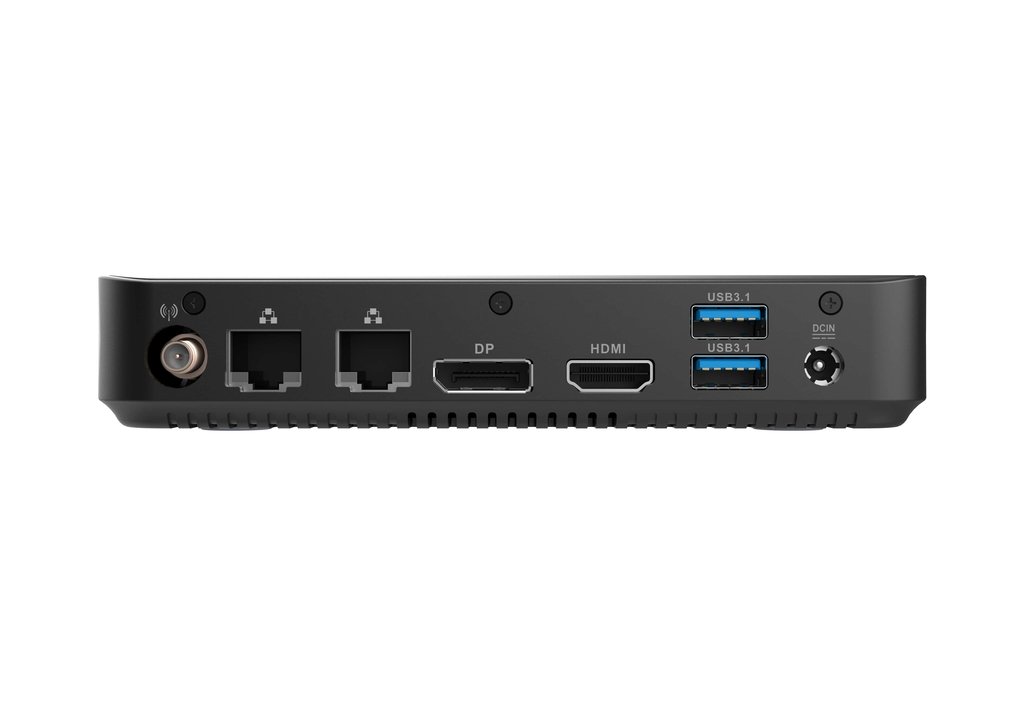 The rear of ZBOX Edge MI642

Unlike the ZBOX Edge CI341 SFF PC, this PC is not passively cooled; instead, this PC has ventilation holes located all along the top and sides of the chassis.

Two main differences between the ZBOX Edge MI643 and the ZBOX CI341 is that the ZBOX MI643 is only being offered in a barebones version meaning no RAM is installed in either SO-DIMM slots, these slots support 64 GB DDR4 memory that runs up to 2,666 MHz speed. The other main difference is that this has dual M.2 SSD slots, which are left unpopulated. Like the ZBOX Edge CI341, this PC also offers to be VESA mount ready, meaning this PC can be connected to the back of a monitor to save space on the desk, making this PC ideal for Office use.