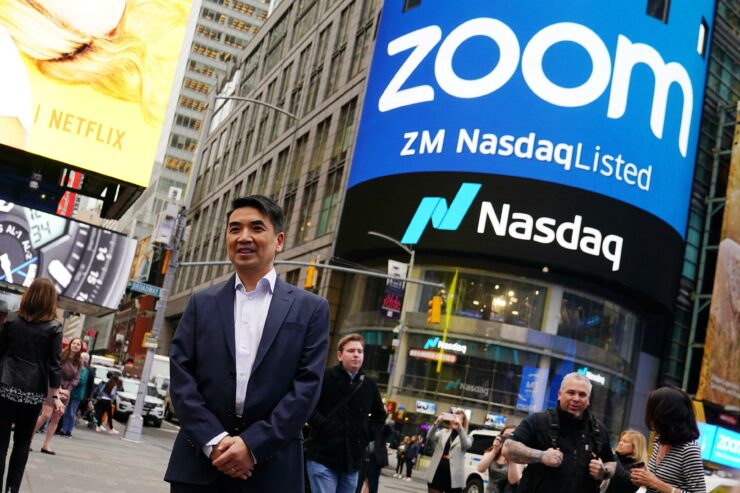 Zoom (NASDAQ:ZM), the company that provides remote conferencing services, has been one of only a handful of enterprises witnessing a boom amid the ongoing coronavirus (COVID-19) pandemic. As an illustration, the company’s stock price has risen by a whopping 163.79 percent year to date even as the benchmark S&P 500 index has tumbled by 5.67 percent in the same timeframe.

However, Zoom became embroiled in a controversy a few weeks back when it emerged that the company’s platform suffered from grave security flaws. In addition to the dubious nature of Zoom’s end-to-end encryption claims, it was found that the platform’s encryption keys were being generated in China, raising privacy-related red flags. Moreover, over 500,000 Zoom account credentials were then allegedly leaked over the dark web and hacker forums.

These developments meant that the company could not extract the maximal benefit from the coronavirus-induced boom in its business. As an illustration, the Verge reported toward the end of April that, as per Zoom’s own admission, the platform did not possess 300 million Daily Active Users, thereby, contradicting an earlier claim. Zoom stealthily amended the original blog post containing the pertinent claim from “more than 300 million daily users” to possessing “300 million daily Zoom meeting participants”. This is a key classification change as the meeting participants may be counted multiple times while the Daily Active Users (DAU) metric encompasses all unique users.

Despite the relatively serious implications of these developments, investors remained tuned to Zoom’s promising prospects in the era of a full-blown pandemic governed by spatial distancing realities. In the same vein, today’s stock price boost by Rosenblatt has only served to enhance investor euphoria.

On Monday, Rosenblatt raised Zoom’s stock price target to $150 from $95 while maintaining an overall ‘Neutral’ rating. Interestingly, even though this constitutes a 57.89 percent increase in the target, the latest benchmark still poses a downside potential of 25.96 percent relative to Zoom’s current stock price at $202.59 (as of 12:11 p.m. ET).

Nonetheless, the upgrade has only served to add fuel to an already-scorching rally, with Zoom’s stock posting an increase of $23.45 or 13.07 percent as of the midday in the current trading session.

Of course, this development comes as Zoom is preparing to announce its Q1 2021 earnings on Tuesday. On the 27th of May, Baird raised Zoom’s stock price target to $180 from $120 on the back of expectations for “strong” quarterly results and guidance. Meanwhile, Morgan Stanley analyst Meta Marshall has adopted a more cautious tone vis-à-vis Zoom, noting that the company has not been able to depict an "ability to fully monetize" its user base up till now. Regardless, the consensus expectations for the company’s results are quite strong, with a broad swathe of analysts expecting the company to earn, on average, an EPS of $0.09 per share on the back of $203.02 million in revenue. As a refresher, the company earned $122 million in revenue and a normalized basic EPS of just $0.01 in Q1 2020.