Zombie Army Trilogy gets its First Patch, Lots of Fixes in Tow

Even though we absolutely loved the newest zombie sniper game from Rebellion, Zombie Army Trilogy, it apparently wasn't quite as popular with the masses, even though the Steam reviews are very positive. But the first patch, Patch 1, has been released and it fixes a number of great things to make it a bit better of an experience. 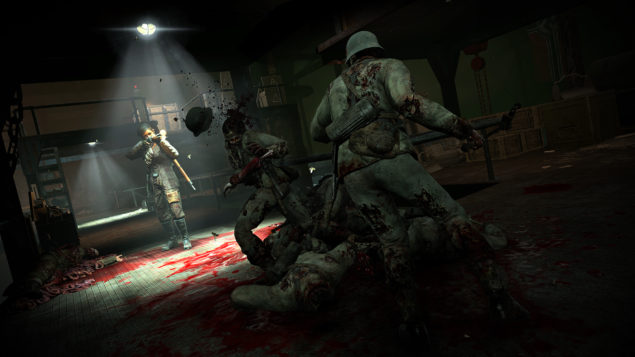 Zombie Army Trilogy Patch 1 is available to download, auto-download for Steam users, and brings a lot of great fixes with it.

The patch is in response not only to their internal testing, but also to the responses that they've received from the community. They seem to truly appreciate constructive feedback that they can then work into the game. But there are some good changes and fixes therein. The biggest is the inclusion of the ability to toggle aim. I think that's something that we all have our differing preferences to, and each game seems to have their own default setting, but you can now set your own, should you wish.

Rebellion Developments has had some outstanding releases, whether they're incredibly popular or not. The games they have pushed out have been quite polished and damn near finished with very few bugs and issues crawling inside them. I'm very impressed with their QA team and their ability to release non-broken games. It seems that that's a rare thing these days.

Below is the entire list of changes to Zombie Army Trilogy that can be found on the Steam community page.