Who doesn't like zombies? If you haven't already noticed, zombies are in, very much in. There is a plethora of zombie related games and other types of zombie media that have made it into the spotlight. But not many are really that interesting. Very few actually hold my attention for very long. Not because of ADHD, mind you, but because they're boring and lack gameplay elements that use the zombie aspect properly. They simply aren't fun. 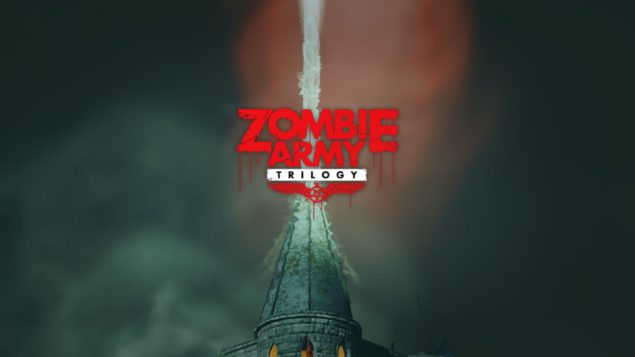 This is truly one of the most enjoyable games I've ever played. The simplicity of the story combined with the premise of killing hordes of zombies is rather titillating. Rebellion Developments promises to let you scamper through several zombie infested levels, albeit linear driven, gunning down hordes of the undead. And they do deliver on that promise.

Don't mistake this game for anything else other than the silly game it is. Sure, there is an underlying story. Hitler wants to make a last stand against the Allies by unleashing an apocalyptic undead army on the unwary. There is no substance in either the characters or really the story whatsoever.

Zombie Army Trilogy is a game about killing zombies, and only about killing zombies. If you buy it expecting a full on cinematic experience similar to their Rebellion's most recent game, Sniper Elite III, then you have the wrong game. This is about violently killing people that are already dead. And it's so incredibly amusing and enjoyable. Emphasis on the amusing.

The kill cam is back, of course, and the mechanics of killing a rotting zombie are great! There is also a new dismemberment mechanism so you can shoot off limbs, or even shoot them in half, and they'll still come at you! Oh, it's so gloriously violent, gory and fun. It's great being able to watch as your enemies are impaled with the bullet that you chose for them. 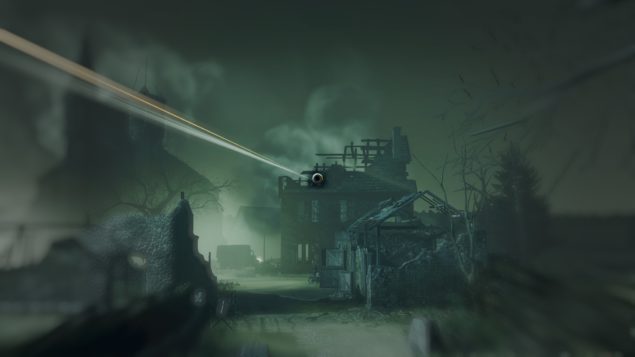 Right off the bat I notice the music. Music sets the atmosphere, remember. The music is reminiscent of what you heard from Ennio Morricone in Inglorious Basterds. It's airy and provocative with lots of flair. It sets the stage for a fun time. Nick D. Brewer was the composer for the fine game, and he deserves some big kudos for nailing down the proper ambiance. It's spooky without being overly obvious.

Did I mention the creepy background noises yet? The whispering? It's rather unnerving and certainly seeks to discombobulate you. It throws you off your game in a most subtle way. And it works. I found myself actually getting a bit agitated between hordes of zombies. Eyes wide with uneasiness as I look around frantically, trying to quiet the voices that aren't even actually in my head. I'm not sure what they are whispering or saying, but by Jeff does it work as a game element. A little too well.

Before you begin you get to select the character you want to play as. You get six very different choices. Karl Fairbune, the hero from the Sniper Elite series returns, of course. But you can also choose a Dr. Efram Schweiger, Beth Coleman, Marie Chevalier, Boris Medvedev, Hermann Wolff, Anya Bochkareva, or Hanna Schulz. Each has a rather sophisticated backstory that doesn't really play into the game. But the imagination put into them is quite nice, and relieving to see. 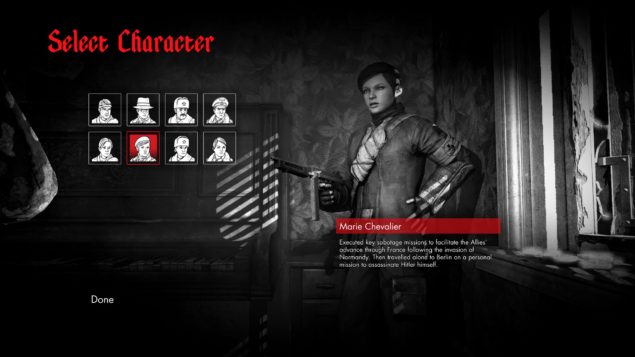 Zombie Army Trilogy plays much like the second installment of Sniper Elite, in that it is objective based and linear in its flow. Objectives are of the usual “go here and activate that” sort, but they end with a mission of surviving an onslaught of undead adversaries. Lots of them.

Don't forget that proper preparation is the key to success. When in doubt, place as many explosives as you can. Let those zombies burn. No sense in wasting good explosives. Especially when they are plentiful.

In a design decision that I can absolutely agree with, ammo and explosives are everywhere. It makes it a bit more manageable as a game and reminds you that it's a game. Even though ammo may be plentiful, it's still hard to use it properly. Getting headshots while 50 undead Nazi's come running at you in spades is surprisingly difficult. Not because it's scary, but because there is a sense of urgency that the Zombie Army Trilogy instills. They can be fast and cruel, the damn things. 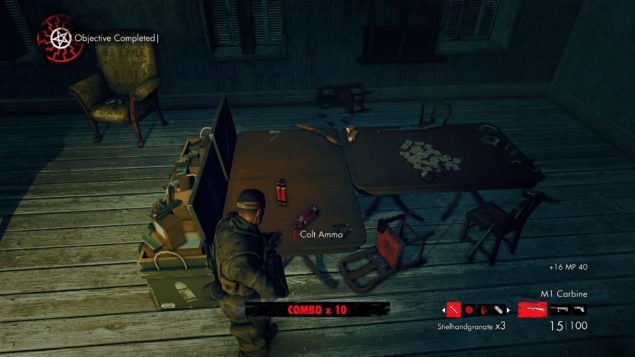 You find arms rooms and other areas just packed to the brim with mines, tripwire explosives and even new weapons. New weapon types make appearances at about every checkpoint. I always found myself wanting to play around with something new, but always stuck to the gun with the highest capacity for ammo. That was either the M1 Carbine or the Gewehr 43.

Walking through war torn Berlin can be creepy. The filter they applied adds to the ominous nature of what's happening around you. Zombies aren't constantly coming at you and it's certainly not a “survival horror” type game. It's a shoot em-up alright. The linear gameplay doesn't take away from anything, it's still fun. I found that it had plenty to explore, though very few buildings let you up to the top floor unless they were part of the plot itself.

Something odd is the change in direction of the UI itself. It's different than their recently released Sniper Elite III. Not necessarily worse, but just different.

The multiplayer has a lot to offer. And quite frankly, it's one of the better implementations of coop I've ever participated in. Up to four players going up against hordes of zombies either completing objectives and playing the campaign, or playing the rather interesting Horde feature.

You can all go off and do separate things to accomplish the mission. Have two guys set up overwatch as the other two go off and plant traps to help take down as many as possible before being overrun. Your teammates can also revive you if you accidentally get a little too close to the horde. It's all a very polished aspect of the game.

I will say that it is at times a bit overpowering and unbalanced. But that's what the game is supposed to be. You're supposed to feel like you have a very small chance of actually succeeding. And that feeling is definitely there.

Why is it that I like this seemingly modification better than other zombie games that have been released as of late? Because it's hilarious! It takes a more lighthearted approach where it seems more accessible and far more fun to play. So, yeah, I think zombies are cliche and overused, but this manages to bring back the fun in zombie.

Zombie Army Trilogy is a solid game. It plays well with very few bugs even. Sure the PC version has a very console like feel to it, but the controls work well enough. In fact, there are no complains there whatsoever. The graphics are still as stunning as ever, with a unique visual style to round it off.

The solo campaign and horde mode are both well made and they have a lot of replay value to offer. It's fun, funny, and brings me back in for more. The most important part of a game for me is whether or not I had fun while playing it. Can I play it without criticizing it? Can I immerse myself in the game and just enjoy it? The answer is yes. I certainly can.

There is a feeling of desperation marked with moments of comic relief when things go boom.

That being said, is the cost worth it? Sort of. There is a lot of replay value with coop mode, even making the campaign interesting in ways you might not have expected. But is that enough to make it worth the current $44.99 USD price? Well... I actually do. It's really entertaining and amusing. You'll be hard pressed to find a more enjoyable time for the money. Coop is where that value truly lies, though. And it's far better with friends. Single player gets a bit old and stale after a while.

But even then, these types of games aren't for everyone. But if you think you'd enjoy it, you probably will. I just can't seem to get enough of that kill cam either. It's so much fun!