Live streaming is not always as 'live' as it looks because there is a certain delay in the process. Even though it looks like the stream is happening in real time, there is always a delay from its source to the viewers. Now, YouTube is overcoming those technological challenges that create this tiny gap. The company has a fix for the 'latency', cutting it down to a few seconds. So let's dive in to see how YouTube aims to bridge the gap between the process of live streaming.

Google has announced an update for its YouTube Live today that adds a couple of features to the live streaming service. One of the major forward facing addition part of the update is that iOS users can now live stream their iPhone or iPad apps to YouTube Live.  This will allow you to share your screen with viewers. This means that you can now live stream while playing games or even when you're doodling in the Notes app

In addition to this, users also have the option available to make use of the front facing camera and the microphone, allowing them to add their input through reactions or comments. The screen casting process works with any app supports Apple's ReplayKit. 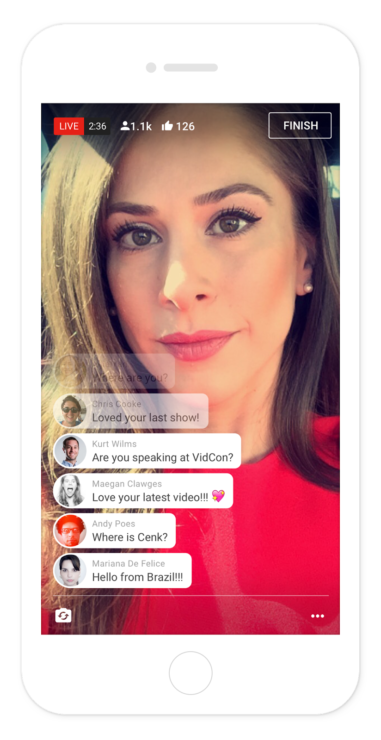 Apart from this, the search engine giant has also announced the improvement in tools that lets you moderate comments on live chats. The update will allow moderators to hide inappropriate comments more quickly. Moreover, users can use an automated system that can flag problematic messages for review.

Last but not the least, the company is also adding a new option for YouTube live-streamers. The new ''ultra-low latency'' setting will allow the streams to reach the end user in almost real time. Previously the latency had the potential to extend to as high as 10 seconds, but now the time has been reduced to ''just a couple seconds'' as per Kurt Williams, YouTube's product manager for live streams.

However, the improved process has the potential to increase buffering time for users as YouTube would have time to send the data to the end user's smartphone. Probably, the company will devise an appropriate fix for this condition as well.

This is it for now, folks. What are your thoughts on the new YouTube update? Do you use YouTube's live streaming service? Share your views in the comments.