Yooka-Laylee, the spiritual successor to Banjo-Kazooie, launched its Kickstarter campaign yesterday and it was an absolute smash. The game has already hit over  $1,000,000 in pledges — almost $1.4 million in fact.

This is absolutely staggering, and quite simply the most successful start for a video game related Kickstarter ever. The record was previously held by Tormer: Tides of Numenera, which hit the mark in seven hours.

Yooka-Laylee has a good chance of becoming one of the most successful kickstarter campaign ever, as it seems that the rate of pledges is not slowing down.

You can support Yooka-Laylee on Kickstarter here.

Yooka-Laylee (previously ‘Project Ukulele’) is an all-new 3D platformer from the creative talent behind the Banjo-Kazooie and Donkey Kong Country games. Coming together to form Playtonic Games and create a spiritual successor to their most cherished work from the past!

The new heroes, Yooka (the green one) and Laylee (the wisecracking bat with big nose) were conceptualised from the ground up for stellar platforming gameplay, created by the same character artist behind the rebooted Donkey Kong family and legendary N64 heroes Banjo and Kazooie. 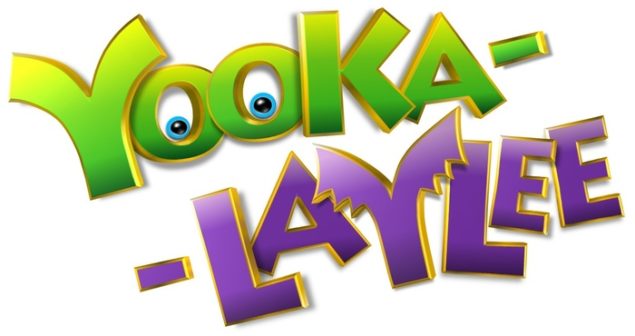 You can watch the first gameplay footage of Yooka-Laylee below, as well as an interview with the developers, and some hands on impressions.

Heroes Built for Fun: Our new buddy-duo were dreamed up specifically for entertaining platforming gameplay and exceptional colour coordination. We think we've captured the spirit of our past heroes while introducing our most inventive moves yet.

An Arsenal of Abilities: Sonar blasting, tongue whipping, sky soaring… a move roster built for platforming fun – and unlocked with added freedom. Additionally, there may or may not be a move involving a giant fart bubble.

A Dream Soundtrack: David Wise (Donkey Kong Country) and Grant Kirkhope (Banjo-Kazooie) combine in what's sure to be a melodic masterpiece! Seriously, clean out your ears - they're in for a treat.

Collect-em-up 2.0: A roster of shiny collectibles with gameplay progression at their core (as well as other, more valuable materials). Every collectible type in our new game will expand gameplay in a meaningful way. Yes, we employ the man responsible for DK64's myriad of trinkets, but we've had a stern word. Our main collectible, Pagies, are used to unlock and expand new worlds in Yooka-Laylee.

Expandable Worlds: Experience more of the playgrounds you love by spending collectibles to expand your favourites into bigger, more challenging worlds.

A Cast to Last: A huge cast of memorable characters to meet (or beat) brought to life by the art and audio teams behind Banjo-Kazooie and destined to endure in future games as part of Playtonic Universe. Expect all manner of grunts, squeaks and squawks.

Introducing Play Tonics: Discover these unique gameplay modifiers and use them to customise gameplay to suit your style. Will you run faster, hit harder or fly further? Also, are they named after our studio or vice versa? We'll never know.