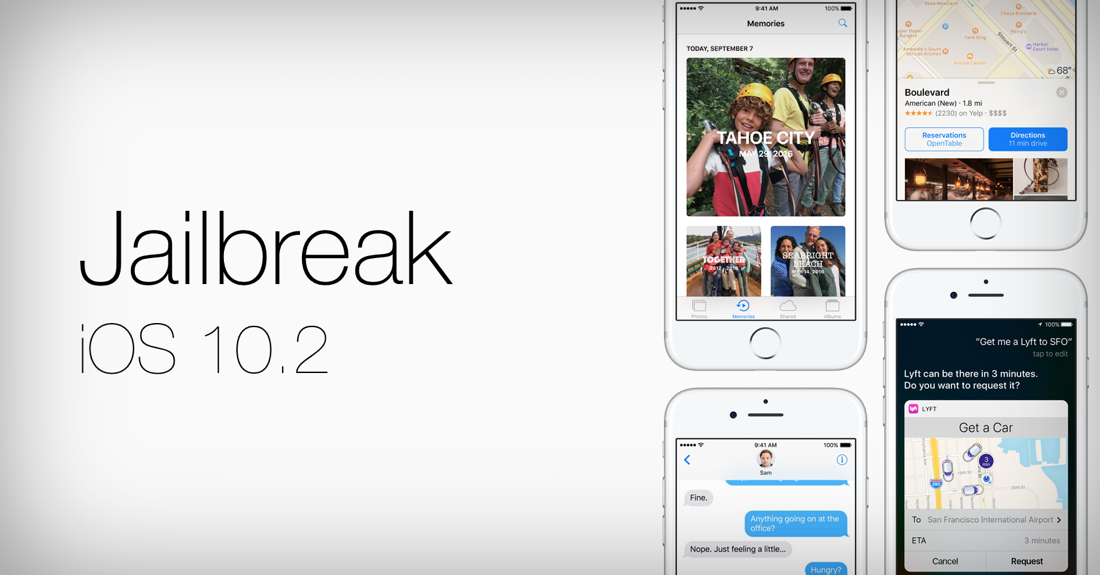 Yalu102 iOS 10.2 jailbreak has been updated with support for a lot of new devices. Here are the complete details on Yalu102 beta 6.

Yalu is all the rage in the world of jailbreaking these days, thanks to the hard and swift work of developer Luca Tudesco. Today, things are going one mile further as Yalu102 iOS 10.2 jailbreak has been updated with support for even more devices.

In the initial release of Yalu102, only a handful of devices were supported, such as the iPhone 6s, iPhone 6s Plus as well as iPad Pro. In beta 6 however, support for more 64-bit devices has been added, namely the iPhone 6, iPhone 6 Plus, iPhone SE, iPad Air and more. Only iPhone 7, iPhone 7 Plus and iPad Air 2 have been left out in the cold. Still, that's a massive expansion of supported devices and we'll give it a double thumbs up.

Just like the previous release, Yalu102 beta 6 is a semi-untethered jailbreak. This means you have to re-jailbreak your device every time you restart. Not exactly annoying, given you weigh in the benefits of the jailbreak itself in the equation. Simply follow the tutorial posted below on how to jailbreak your device on iOS 10.2. Just make sure you download the Yalu102 file from here before going ahead.

It's truly remarkable how far the world of jailbreaking has come despite Apple's vigorous attempts to thwart all the moves being made. But it appears as though iOS 10.3 might be the end of the line in the saga Tudesco has managed to kick off. Still, who knows we might end up seeing a jailbreak for that particular firmware as well, which is bound for release in a few weeks' time. After all, we have been seeing loads of surprises in the world of jailbreaking over and over again.

If you are currently sitting on iOS 10.2.1, then you will be pleased to learn that you can downgrade back to iOS 10.2 and jailbreak. But remember one thing: make your move now or never. There's no telling when Apple will close the iOS 10.2 signing window, ceasing the downgrade process altogether.

We will keep our readers posted as there are more updates in the world of jailbreaking and Yalu, so stay tuned.