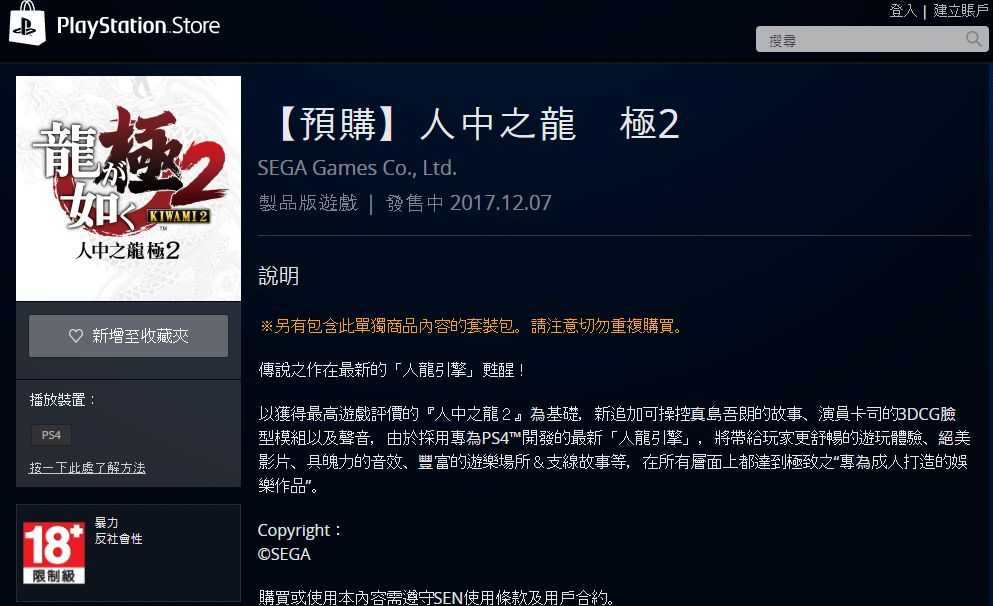 With a leak on the PlayStation Store of Taiwan, an upcoming announcement of Yakuza Kiwami 2 was leaked. Sega had planned to reveal details of the future of the Yakuza series today but part of the surprise might have already leaked.

Sega will talk about the future of Yakuza this day, however, there is already a small leak, as Taiwan's PlayStation Store has revealed Yakuza Kiwami 2. 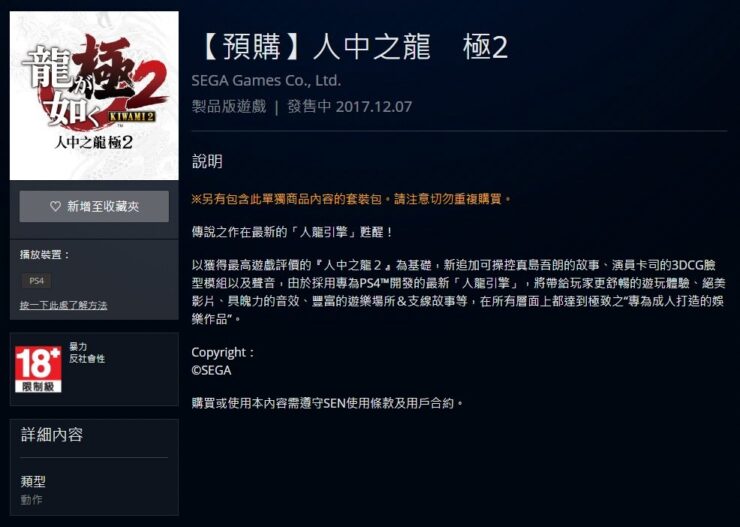 So it seems that Sega is preparing a new remake of the franchise. Yakuza Kiwami 2 will be a remake of Yakuza 2 and, according to the leaked description, the title will feature new content and will be created with the Dragon Engine used for Yakuza 6.

This remake also will have a new graphic section, better sound, an updated gameplay, among other details. The release date is set for December 7, although it should be noted that the debut may vary in the west.

Yakuza 2 debuted for the first time in 2006 and came to the west until 2008 on PlayStation 2. On the other hand, Yakuza Kiwami, the remake of the first part, went on sale on January 21 this year in Japan and will be available in America and Europe on 29th of August.

The original Yakuza 2 was released in Japan in 2006 for PS2 and followed in 2008 in the West. It was the last game on the PlayStation 2. At the same time, it was the first offshoot, in which two battlefields were offered. From many fans, the second part is regarded as the best part of the series. This is why fans are very happy about the upcoming announcement.

For now, we will have to wait for a few hours to know all the details about Yakuza Kiwami 2 and upcoming titles. Are you excited to play this title again? Let us know in the comments below and make sure to read Kai's glowing review of Yakuza Kiwami published earlier this week.