The Yakuza series is finally celebrating its 10th anniversary, having been a part of the PlayStation ecosystem across three platforms (four, if you count the PSP spin-offs). To mark this milestone, the Yakuza team decided it was time to revisit Kiryu Kazuma’s first adventure and completely rework it for the current generation. Built upon the same engine that powered Yakuza 0, it’s time to see Kamurocho in a modern light in Yakuza Kiwami.

Yakuza Kiwami opens with long running series protagonist Kiryu Kazuma taking the fall for the murder of his Yakuza patriarch at the hands of his sworn brother, Nishikiyama. Once on the path to head his own family under the Tojo conglomerate, instead, Kiryu is sentenced to ten years in prison and exile from his yakuza life, both fairly tame punishments given his crime. Kiwami doesn’t bother with forcing the player to experience those ten years of imprisonment, a worthy change from the slow and plodding chapters as Saejima in Yakuza 4. By the time Kiryu is released from prison, the bubble economy of 80’s Kamurocho has burst, cell phones have hit the mainstream, and what was once an empty alley at the focus of a gang war has developed into the Millenium Tower, the source and focus of Kiryu’s current troubles.

Don’t let the promise of a thrilling crime drama or a small-scale open world scare you off from approaching Yakuza Kiwami. Much like Yakuza 0, Kiwami is still an amazing JRPG and either title can serve as a great starting point for newcomers to visit Kamurocho and see why the series has developed such a cult following. Kiryu’s prowess as a one man army hasn’t lost its edge, although that edge has been slightly dulled with the ten years spent away from the yakuza life. Instead of infusing Kiryu’s abilities through the emergency infusion of cash like the previous adventure, the only way to regain those fighting skills is by using your two fists as the tutor. Kiryu’s ultimate abilities as the Dragon of Dojima are unlocked in a different way, requiring Majima’s tenacity and fights to unlock once more.

It’s barely been half a year since the last time I had the chance to set foot in Kamurocho. Before that, Yakuza games were lucky to be localized and released in English every one or two years. That extended length of time was enough to create a fondness for the neon lights and roving groups of drunk ruffians. With Yakuza Kiwami’s release trailing so closely to 0’s dual cities, the glitz and glamour of Kamurocho don't shine as brightly. Much of the city feels the same as it did during Kiryu’s first adventure in the 80’s, with phone booths slowly being phased out from their once great prominence on every corner of Kamurocho. Even as times change, so much of the city of sin remains the same and players should instantly recognize the parallels even after decades apart.

When not chasing down the case of a missing ten billion yen or finding Haruka’s long lost mother, there’s still plenty to keep Kiryu’s spirits up and the sheer amount of distractions match that of previous Yakuza titles. Shogi, batting cages, and the usual assortment of both casino games and battle coliseums all make their return to the gilded streets of Kamurocho. The all-female wrestling clubs of Yakuza 0’s seedy underworld have been replaced in a modern day Kamurocho in the form of insect fight clubs. These battles still have the same rock-paper-scissors battling with the added touch of collectible cards to augment their combat capabilities. If you’re one of the few that fantasizes of bikini clad ladies dressed in the adornments of a Hercules beetle or common butterfly to battle, may your strange desires be fulfilled to their fullest.

Many of the side diversions should feel instantly relatable to players that got to see Kamurocho flourish in the 80’s with Yakuza 0. Having been built upon the same engine and designs, Yakuza Kiwami at times feels a bit TOO familiar. I still find myself enjoying the same Pocket Circuit races that Kiryu first took the championship in during the 80’s and many of Kamurocho’s side streets still hold the same ruffians just itching for a fight. I’ve loved seeing Kamurocho evolve over the years since my first visit but Kiwami shows how sometimes only the names have to change.

Kazuma Kiryu’s often brother in arms, Goro Majima, is perhaps the single most excited person to see Kiryu’s swift release from prison. To show his appreciation, Majima has given himself the unusual task of helping Kiryu regain all of that power and muscle mass that had wasted away in ten years away from the action. In a way that only someone as crazy and in a one-sided bromance with the Dragon of Dojima could be, the once-Lord of the Night will do everything in his power to get Kiryu’s attention and draw him into battle. Majima’s lust for violence knows no bounds and it often shows with how creative he can get seeking out Kiryu’s attention.

In just a single hour’s stroll along Tenkaichi Boulevard, I found Majima hiding inside a giant traffic cone, cosplaying as a cop that wants to pat down Kiryu for dangerous weapons before shivving him with a short blade, and even joining along for a friendly game of bowling. If the name ‘Goromi’ doesn’t strike terror into your hearts when you visit a host club, you’ll know that horror all too well by the time Yakuza Kiwami wraps up. 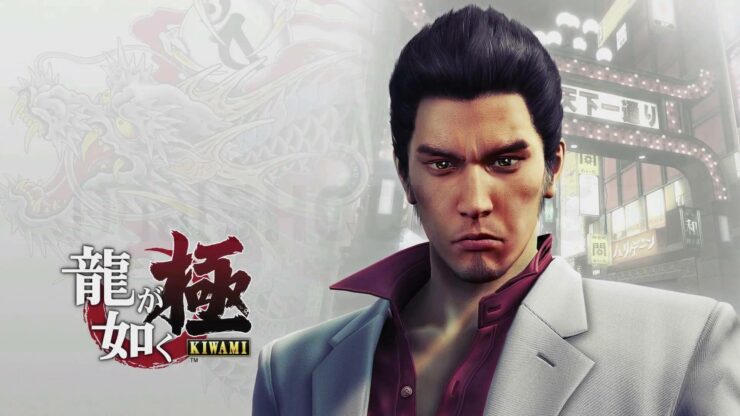 Despite Yakuza Kiwami sharing a near perfect reflection of 80's Kamurocho from Yakuza 0, there's still an important story to tell. The city of Kamurocho welcomes all with a wide array of minigames, sidequests, and the most Majima cameos of any Yakuza title to date.