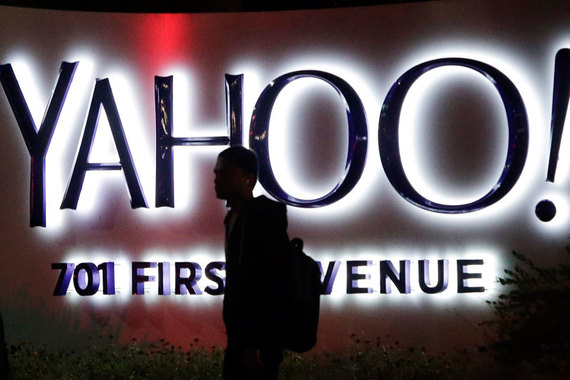 As shared with our readers earlier in the day, Yahoo was expected to release a public statement about a massive data dump that was being sold in the dark web in August. While hackers had said that data of over 200 million Yahoo users was available, the tech company's statement suggests far worse effects.

Yahoo has said that the information of at least 500 million user accounts was stolen in late 2014. It was believed earlier that Yahoo had suffered a breach in 2012. The leaked data included names, email addresses, telephone numbers, dates of birth, hashed passwords, and encrypted or unencrypted security questions and answers. The company added that the hack "did not include unprotected passwords, payment card data, or bank account information." If you haven't changed your passwords since 2014, the company is recommending you to do so right away.

Yahoo had originally said it was "aware of a claim" and was investigating the situation. Two months after it has now publicly shared that the scope of the breach is wider than previously believed. Reports claim that the latest attention to one of the biggest breaches of the Internet history will possibly impact Yahoo's sale deal with Verizon.

Verizon says it's now "evaluating its interests" with regards to Yahoo.

Today's statement also clearly suggests that the breach was carried out by a "state-sponsored actor." Yahoo is currently working with law enforcement over this matter.

Here's the official statement that Yahoo has released about the 2014 hack:

Yahoo is notifying potentially affected users and has taken steps to secure their accounts. These steps include invalidating unencrypted security questions and answers so that they cannot be used to access an account and asking potentially affected users to change their passwords. Yahoo is also recommending that users who haven’t changed their passwords since 2014 do so.

Yahoo encourages users to review their online accounts for suspicious activity and to change their password and security questions and answers for any other accounts on which they use the same or similar information used for their Yahoo account. The company further recommends that users avoid clicking on links or downloading attachments from suspicious emails and that they be cautious of unsolicited communications that ask for personal information. Additionally, Yahoo asks users to consider using Yahoo Account Key, a simple authentication tool that eliminates the need to use a password altogether.

Online intrusions and thefts by state-sponsored actors have become increasingly common across the technology industry. Yahoo and other companies have launched programs to detect and notify users when a company strongly suspects that a state-sponsored actor has targeted an account. Since the inception of Yahoo’s program in December 2015, independent of the recent investigation, approximately 10,000 users have received such a notice.

Additional information will be available on the Yahoo Security Issue FAQs page, https://yahoo.com/security-update, beginning at 11:30 am Pacific Daylight Time (PDT) on September 22, 2016.