Say what you will about Sony’s flagship smartphones’ processor overheating but the latest Xperia Z3+ and Z4 teardown shows that both of these smartphones are relatively easy to repair, which is a really positive thing to. In addition to being aesthetically appealing, both smartphones also possess really impressive camera sensor tech. Let us look at the Xperia Z3+ and Z4 teardown in detail to see what these two mobile powerhouses (overheating mobile powerhouses) have installed under their hood. 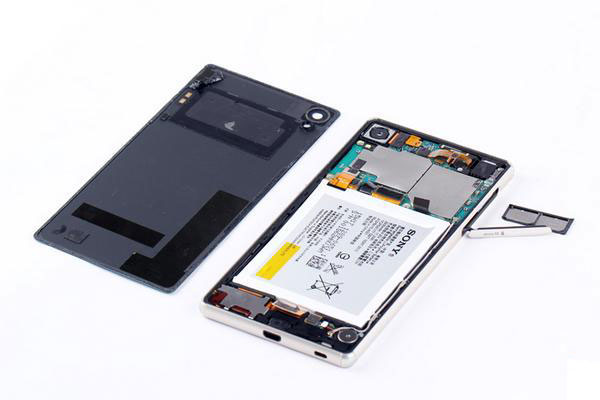 According to Xperia Blog, Xperia Z3+ and Xperia Z4 teardown reveals that after the hood has been popped open, Snapdragon 810 is taken apart along with other bits and pieces. Not surprisingly, Xperia Z3+ and Xperia Z4 are the exact same smartphone, but feature different names. If an individual has developed an astute observation, they he/she will notice that there are few, but subtle differences surrounding the two handsets.

Beginning with the teardown, the lithium ion battery present in both smartphones is extremely easy to remove. In addition to the battery, the remainder of the components are also very easy to remove and assemble once more. According to the website, if owners of both these handsets get their hands on a Philips screwdriver, and perform an Xperia Z3+ and Xperia Z4 teardown, they will find that all it takes is a little patience, and they themselves will be able to post a ‘do it yourself’ video on how to disassemble both smartphones very comfortably.

We have to admit and say that despite the shortcomings of both smartphones, they happen to be one of the simplest handsets to disassemble, teardown and repair. In comparison, handsets like Galaxy S6 Edge are much more difficult to teardown. We do hope that smartphone manufacturers have taken note of the Xperia Z3+ and Z4 teardown and hope to bring about future implementations in to future handsets in order to make them easy to repair and teardown as well.