Xpeng (NYSE: XPEV) To Be Included in MSCI Indexes Following Its Successful Debut on the New York Stock Exchange 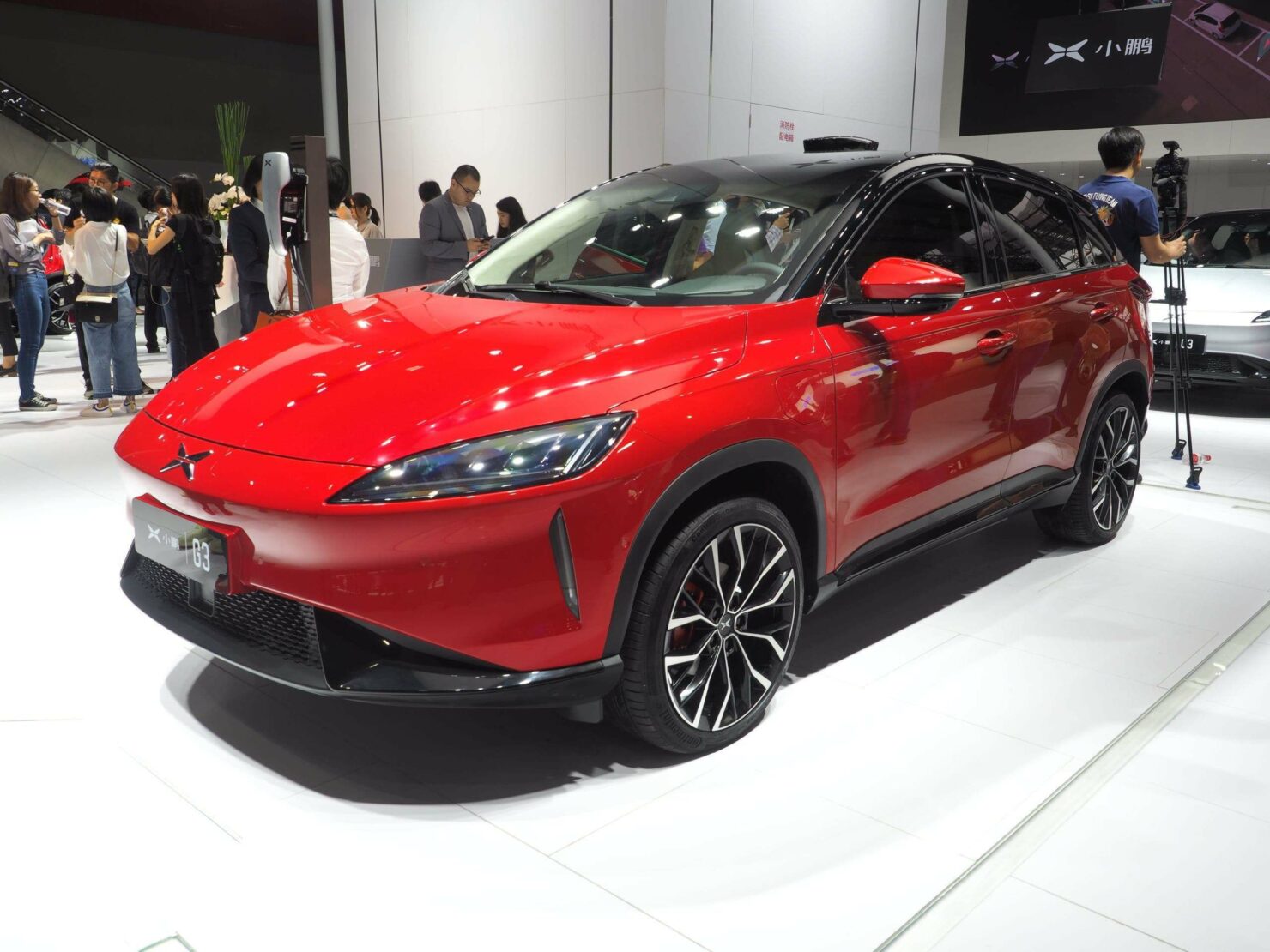 Xpeng (NYSE:XPEV), the latest in a growing litany of Chinese EV manufacturers to tap the U.S. equity markets, is about to achieve another milestone following its successful $1.5 billion IPO on the New York Stock Exchange (NYSE) back in August.

As per Xpeng’s press statement released just moments ago, the company’s American Depositary Shares (ADSs) are all set to be included in the MSCI China All Shares Indexes and the MSCI Global Standard Indexes:

“[Xpeng] announced today that its American Depositary Shares (“ADSs”) representing its Class A ordinary shares will be included in The MSCI China All Shares Indexes and The MSCI Global Standard Indexes, effective from September 11, 2020…”

A corresponding announcement by the MSCI was made on the 27th of August: 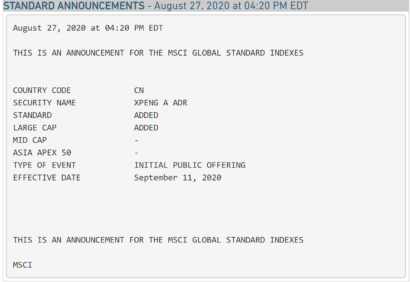 As a refresher, the MSCI is an acronym for Morgan Stanley Capital International – an investment and research firm that offers tailored stock indexes, portfolio risk management, performance analytics, and governance tools to institutional investors as well as hedge funds. Inclusion in the MSCI indexes entails, on average, enhanced investment flows into the constituent equity components, driven by investors that seek to gain exposure to the entire breadth of the index of their choice. In this backdrop, Xpeng’s inclusion in the MSCI indexes is an auspicious development.

As mentioned earlier, Xpeng has now successfully listed on the NYSE under the ticker symbol XPEV, capping an arduous process that began with the filing of the requisite Form F-1 with the U.S. SEC on the 7th of August. The company had originally planned to float 85 million American Depository Shares (ADSs). However, citing strong demand for its offering, Xpeng increased the flotation size to 99.7 million ADSs on the eve of its listing. Bear in mind that each Xpeng ADS represents two Class A ordinary shares. As a refresher, ADSs are U.S. dollar-denominated equity shares of a foreign company that can be purchased on an American stock exchange. A company listing ADS on a major American stock exchange has to adhere to the U.S. GAAP along with the same stringent level of reporting as that applicable to local companies.

While the original offering size would have corresponded to a $1.11 billion IPO, the enhanced offering size increased the total amount of money that Xpeng managed to raise through its listing to a much more generous $1.5 billion, with each ADS priced at $15 instead of the originally envisaged $11 - $13 price range.

Xpeng commenced trading at the $23.10 price level on the 27th of August. Since then, its share price has recorded a decline of over 8 percent, closing at the $21.09 price level yesterday.