XIGMATEK has announced an open-frame PC case that features a broad range of compatibility such as support for ATX sized motherboards. The open-frame case is called the Perseus and is built using high-quality material with superior hardware protection; this case feature as tempered glass side panels to easily show the internal components. This case also features support for up to six 120 mm fans, and these wide array fans allow for a large cooling capacity when compared to closed-frame cases.

XIGMATEK has announced a new open-frame PC case, called the Perseus PC case. This case features support for six 120 mm fans as well as a VGA length of up to 400 mm. 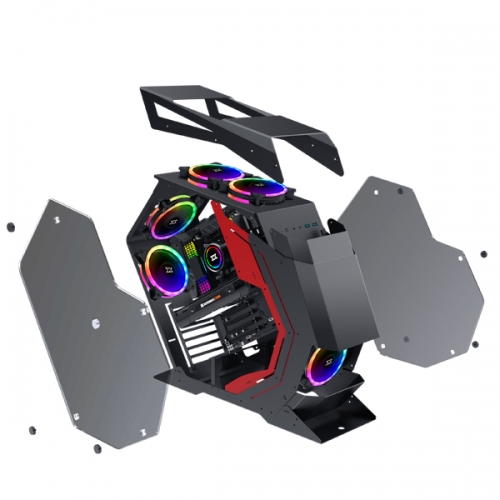 The front IO for this case is two USB 3.0 ports located next to an HD Audio Jack, the power button and the reset button. One fantastic point to this case is its design, being and open-frame case means that even fully assembled thee is ways for sound and air to hit the components without having to go through one of the intake fans, this measures 610 mm x 230 mm x 540 mm. At the time of writing, XIGMATEK hasn't announced any pricing for this PC case.